'Coach for the broken': Judging DC, rugby's patron saint of lost causes who's working wonders with the Tahs

His happy Waratahs beat the bloody Crusaders, have the Hill starting to fill, and seem clearly Australia’s second best team, a finals smoky with eight wins in Super Rugby Pacific and a 2014 swagger again.

Who predicted this? If they say they did, we need to check.

In March of 2021, plenty of sky blue ink issued on these very pages about the shamefulness of sacking jut-jawed Kiwi Rob Penney.

“He didn’t have Hooper and Simmons and Hanigan!” went the cry. “Give him time! It will take years!”

Penney looked the part of head coach. A rugged No 8 from Canterbury, but players aren’t always good coaches. In fact, great players are just about never good coaches; they cannot explain what they never had to figure out.

And here he is, old DC, who played for the Cannonballs in Kempsey, the Rats of Warringah, and Wildfires of Newcastle, looking like the World Rugby Coach of the Year. 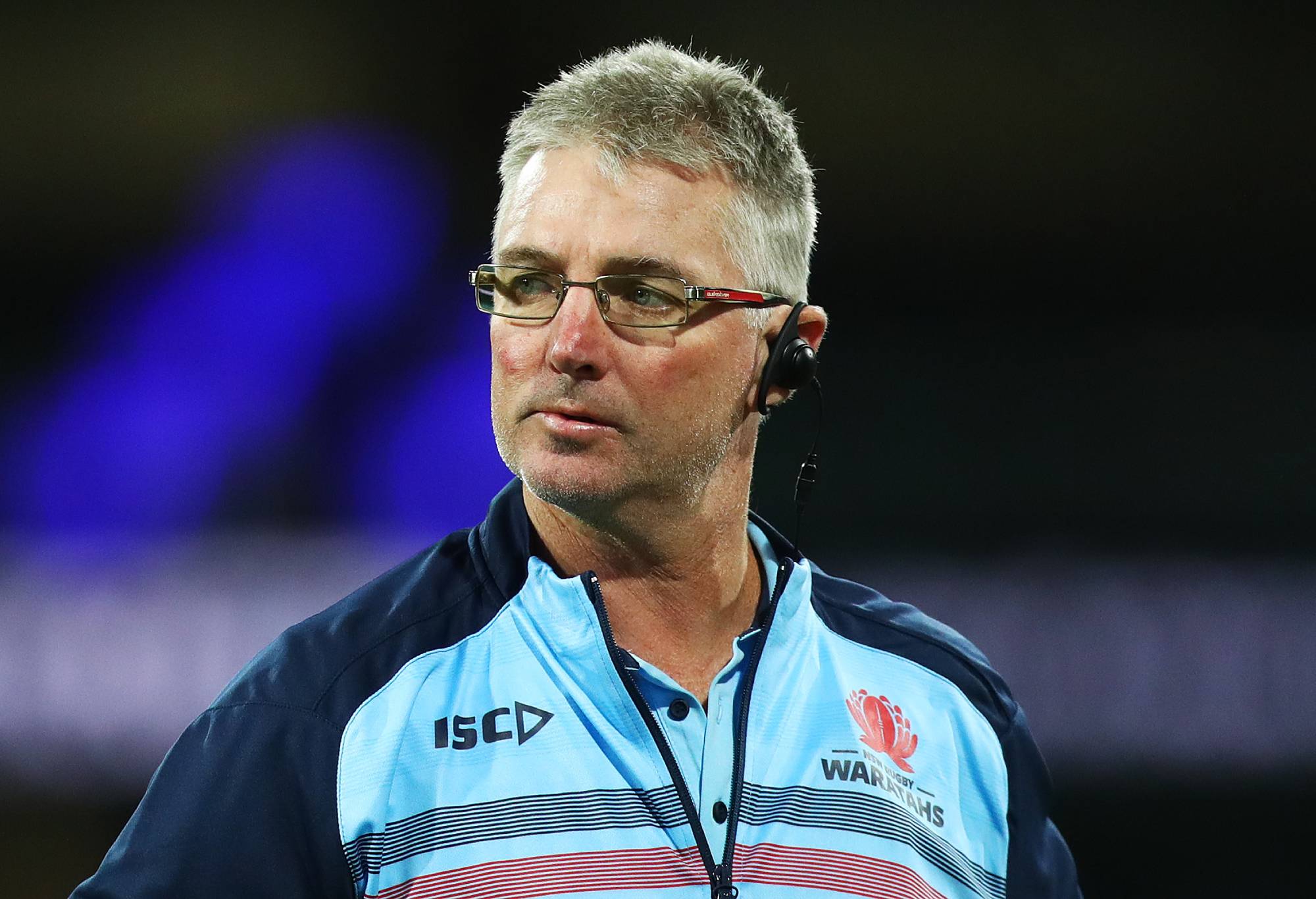 Did he have the better team on paper? Not eight wins better.

When I looked at the team sheet from last weekend, when the Tahs beat NZ opposition on their soil for the first time in seven years or so, rolling over the Highlanders in Dunedin, I only saw a few new names and only one of them ‘household:’ ancient Jamie Roberts, who has largely been a 2022 passenger.

Yes, there was Geoff Cridge, Langi Gleeson and Dylan Pietsch, who weren’t around for 2021’s bloodbath, but that’s not a massive upgrade. Ned Hanigan and Michael Hooper have only just returned.

The 2021 squad had Tane Edmed, but not this Tane Edmed, god of fury and sound. Charlie Gamble was there last year, but not this mustache muscle monster making mischief. Ben Donaldson, Will Harris, Dave Porecki: all new men.

Same captain, too; the tough-as-nails Jake Gordon, who always plays his heart out.

If Rob Simmons’ departure was the reason for pessimism, and if he was considered an unworthy replacement Jed Holloway took it personally, because he has been one of the players of Super Rugby in 2022, after being dumped by the Tahs in 2020. 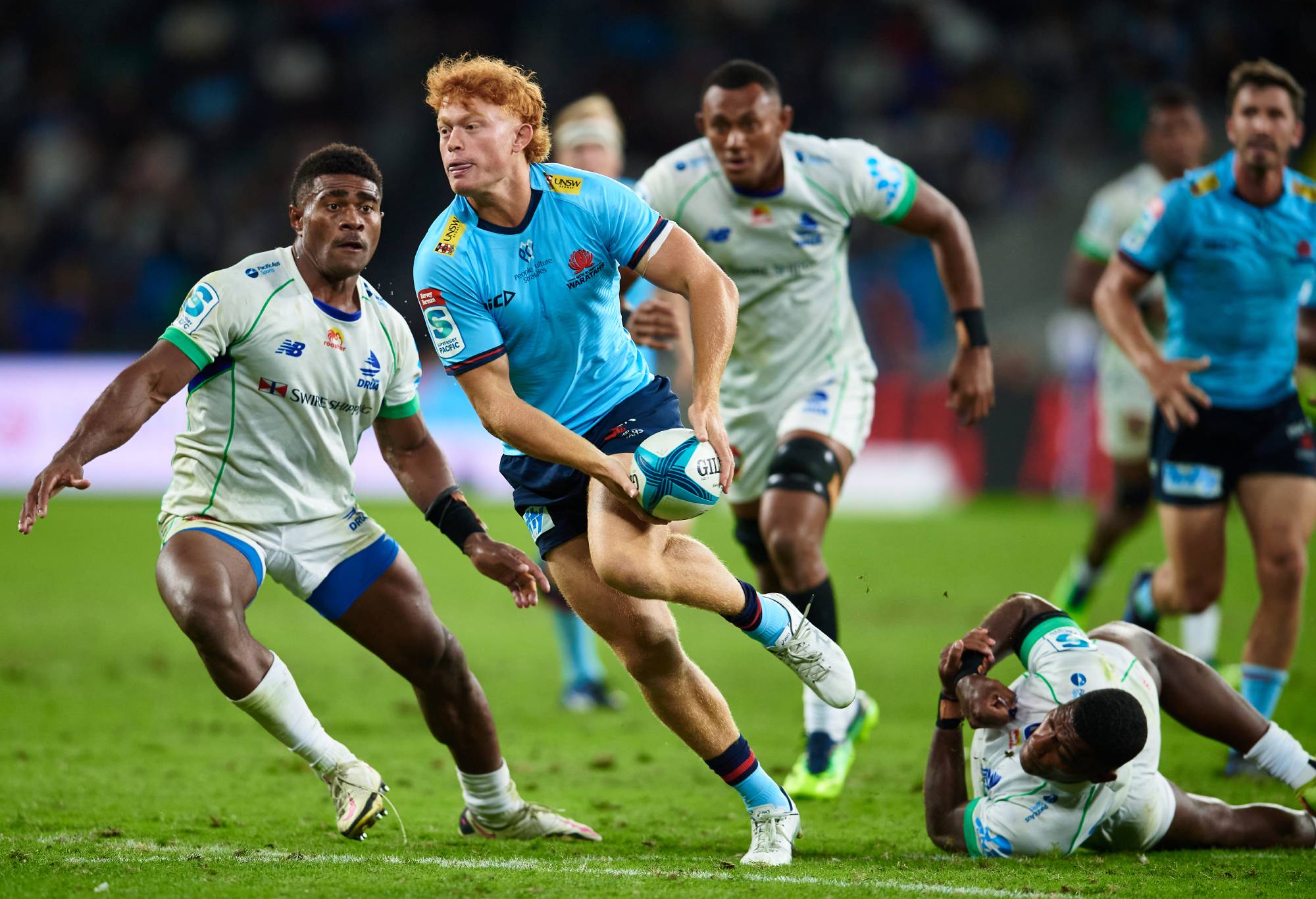 Holloway and other players, including Tom Robertson who left for the Force, reported team culture was in the pits and there were rifts and cliques amongst coaches and players. Robertson said “there’s a lot of off-field issues at the Waratahs” and Holloway affirmed: “Throbba I guess was just speaking his truth … it’s just more so around culture,” noting there was a need to “give guys the break away from footy.”

A year ago many journalists asked derivatives of this: “Who would take this job? What coach in his right mind? Fire the board instead. This is a colossal error. Shameful!”

Coleman said yes anyway. As reported by The Roar at the time, he said he was ‘super excited’ and that he had taken over nine teams: “Three of them were dead last, three of them were second last, and three were startup teams.” He is the coach for the broken.

He was ridiculed by some for talking of nurturing players. “Rebuilding confidence” was how Coleman put it, and it included singalongs.

If his playing day mascots (Rats, Cannonballs, Wildfires) were odd, the names of the teams he’s coached have hardly rolled off the tongue. He coached Benevento, the Penrith Emus, the Rays, L’Aquila (lower level Italian team), the Shuttles of Toyota (promoted to Top League in 2013), and then the Giltinis.

But in every case, he brought his team up.

Some of the most innovative coaches were just so-so players.

Mike Leach is an American gridiron coach who played more rugby than football growing up. He studied football more as a problem than a passion. He graduated from law school and then earned a masters degree in sports science, deciding to be a coach in a sport which, like rugby, overpromotes old boys and ex-stars over analytical minds or people with the sheer gift of motivation.

Leach literally began in the desert. He was an assistant coach at the College of the Desert in 1988. In 1989 he coached the Pori Bears in Finland. Finally, he landed at a ‘real’ college: Kentucky.

His study had generated a theory: more snaps (plays) equalled better offense (attack) almost no matter what. So, he changed the size of offensive linemen (120 kg instead of 140), used 4-5 receivers instead of 2-3, trained his players to catch tennis balls fired from a machine, used half the clock at the line, and recruited baseball players (more accurate) to be quarterbacks.

Despite his odd personality (he is obsessed with pirates because ‘they are good teammates and don’t worry about castes and rank and if the captain is bad you just overthrow him’) he began to get jobs at major programs to teach his ‘air raid’ offense. He broke all the models for stats, won with less talented players, and took schools from the bottom to the top. Then he moved on.

But he left better players and coaches behind him.

Coleman is not nearly as weird as Leach, but he has unusual theories about what to focus on. He wanted his players to have fun and ‘bounce into work with a smile on your face’ and ‘be emotional about the team.’ As he said in his opening press conference, ‘that whole fun aspect is massive,’ and he wants to feel he has the ‘joint humming when there’s laughter.’

“If the boys are waking up out of bed and thinking ‘f*** I’ve got to go to training’ you know you’re not doing something right.”

He wanted practical jokes and banter; but also “acceptance of all shapes and sizes and creed, race, sexuality, whatever it might be.”

Before you dismiss the Happy Warrior theory, take a look at the actual personnel, types of players, tactics and techne of the 2021 and then the 2022 Waratahs and try to find a substantial distinction.

There are antecedents in sport.

Liverpool in 2005 burst from the dregs to beat Milan from 0-3 down in Istanbul and turned the club around. We all remember with dread Botham’s Ashes. The 2004 Red Sox broke Bambino’s Curse.

But honestly, the Tahs are themselves the example, several times. From 1996 to 2001 they were 6-9th with one semifinal loss in Super Rugby. From 2002 to 2006 they stayed 2nd to 5th and got to two semifinals and a grand final. Sounds stable?

Cometh the hour, cometh the man, but also, never a dull moment at the Waratahs.