Wrestling with the most pointless statistic in the NRL

Stuart Thomas
Expert
25th May, 2022
28
Join the conversation
Advertisement
Write for The Roar

There are both fast and slow play-the-balls during a game of rugby league.

Sometimes a banshee-like scream is emitted from a person wearing fluorescent clothing, informing all and sundry that the tackle currently being executed has only taken place thanks to a surrendering opponent.

On other occasions, dominance in a tackle is alluded to, with additional time to clear the ruck area awarded to the defensive team as a reward for their efforts.

Every now and again, an outside back will be tackled some distance from the sideline yet still be legally dragged over it, with officialdom spruiking some nonsensical drivel about momentum having not been halted.

Contrastingly, brilliant driving and defensive efforts are often halted as a ball runner is sent in reverse, only to be saved by a few of his mates wearing the same gear, somehow triggering a ‘held’ call from a referee who, more often than not, seems bereft of a nuanced knowledge of the game and someone more keen to adhere to a fastidious set of KPIs.

Thus modern rugby league, often commented on around a perceived importance of the tackle, ruck and subsequent play-the-ball, has become something of a crapshoot, with referee interpretation, arbitrary penalties and the data emanating from matches suggesting that the official play-the-ball speed statistic may in fact be one of the most useless in the game. 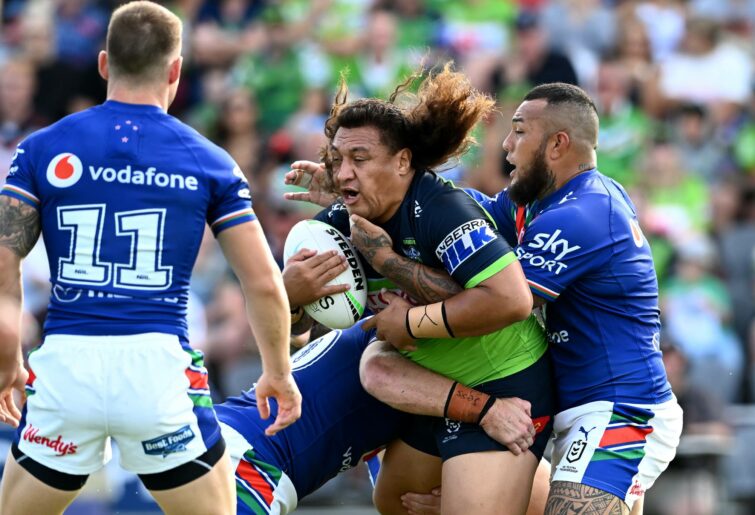 Across the previous two weeks of NRL play, 13 of the 16 matches have been won by the team playing the ball slower than their opposition.

I thought the exact opposite was the magic of the Storm – the ability to control the ruck area and never, ever allow a team to send them onto a defensive back foot, thus seeing the ball spread wide to expose said retreating defence.

I’ve been well and truly conditioned to believe that the foundations of Craig Bellamy’s success lie in the wrestle, the grapple and the control that his disciplined forwards provide through the middle third of the field.

Quite the opposite really.

Against the Panthers in Magic Round, Melbourne‘s average play-the-ball speed was 2.65 seconds, while the Panthers were held, restricted and frustrated into recycling the ball at an average of 3.97 seconds per ruck. The Mountain Men flogged the Storm 32-6.

The following week saw Melbourne look to rebound against the Cowboys in Queensland and the home side put them away in one of the most impressive performances of any team in 2022.

At Queensland Country Bank Stadium, the Storm played the ball at an average speed of 2.98 seconds, whereas the Cows were a full second slower to recycle at 3.96 seconds. The 36-6 scoreline in favour of North Queensland points to the supposed dominance in the ruck achieved by slowing the speed at which teams allow an opponent to play the ball as being particularly misleading in the modern game. 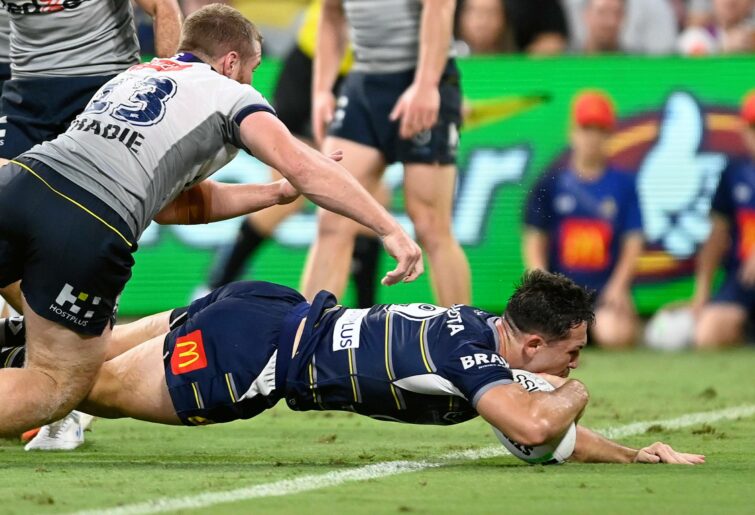 Round 11 saw the exact same trend in the available data, with only the Sharks in their win against the Titans actually performing better in ruck speed than their opposition. The Raiders, Panthers, Cowboys, Dragons, Eels and Wests Tigers all won with a considerable deficit in play-the-ball speed, yet dominated the scoreboard by a collective 182-90 when it came to total points scored.

After more than a decade of being told that dominance in the ruck translated directly to wins, that Melbourne were the masters of control in that area, thus their success, and that a second referee was required to ensure that teams were not using negative tactics to dominate matches, it appears the secret to victory may well lie elsewhere.

Perhaps the set-restart and the ability to concede penalties in the right place at the right time has become a more crucial metric for coaches, maybe total run metres or kick returns are where it is at, or perhaps completion rates combined with some of the above will decide the eventual 2022 premiers.

Whatever the perfect combination, it appears that play-the-ball speed and any perceived dominance in the ruck may have become an obsolete focus for coaches; something many fans will be more than happy about.