Australia’s quest for a victory over New Zealand fell short with the Wallaroos going down 23-10 in a rain-sodden Test in Tauranga.

Lining up for their first clash in the Pacific Four series, which also involves Canada and USA, the Australian women led the Black Ferns at halftime for the first time in their 20-Test history dating back to 1994.

But they were unable to turn their 10-5 lead into a maiden win.

The performance under new coach Jay Tregonning bodes well for the future, however, with the teams set to meet in their opening World Cup game in New Zealand on October 8.

“We stuck to our game plan for about 60 minutes but then fatigue set in,” said Wallaroos skipper Shannon Parry.

“The Kiwis, they make you pay, and they did that to us today, but I’m really proud of the girls’ effort to hang in there until the end. 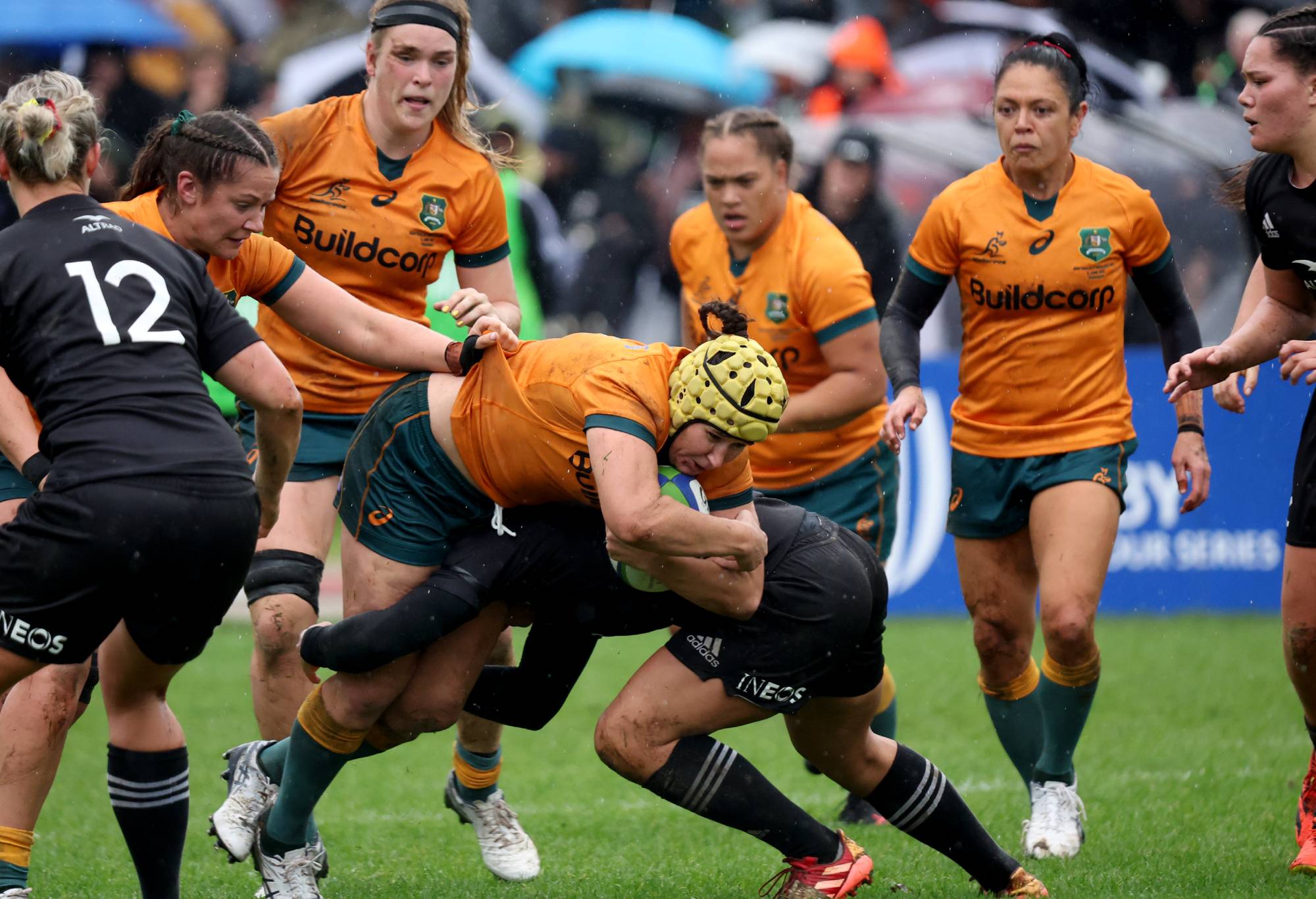 “We’ve improved massively and it’s about building towards the World Cup … this young, inexperienced team is taking leaps and bounds.”

The Australians got off to the best possible start, with their forwards dominating the early exchanges.

Their most capped player, Liz Patu, came up with the opening try after the Wallaroos built pressure with their pick-and-go.

Lori Cramer added the extras for a 7-0 lead.

The visitors had 79 per cent of territory after 20 minutes as the Black Ferns struggled to build any momentum, but were unable to translate that into enough points.

A Cramer penalty put the lead out to 10-0 but the Kiwis got on the board in the 31st minute when Kendra Cocksedge took a quick tap and winger Ayesha Leti-I’iga dived over.

Halfback Cocksedge, who became the most capped Black Fern with her 58th Test, was unable to convert.

With seven debutantes in their squad, New Zealand started to find their feet after halftime with a new front-row getting them on the attack.

After having a try disallowed for an illegal bind, flanker Alana Bremner made no mistake in the 48th minute to lock up the match 10-10.

The home side then took the lead when No.8 Kaipo Olsen-Baker broke through the defence and stormed to the line.

While Cocksedge missed the conversion, she added a 60th minute penalty that put the lead out to eight points.

Leti-I’iga then scored their fourth try after fulltime to cap a courageous fightback for the Black Ferns.

No Wallabies, no matter: Wallaroos are go

Stop press: Waratahs/Wallaroos openside flanker Emily Chancellor has been signed by Harlequins Women. She will join the club after the World Cup. Hopefully this…

No Wallabies, no matter: Wallaroos are go