If 1978 is considered as the beginning of the second century of Australian Test cricket history, then Allan Robert Border is without doubt the most prominent figure in Australian cricket during the first part of this new century.

After establishing himself in the Australian team during the Kerry Packer era, he played his part in the less than successful attempt to merge the rebels with the new boys. He continued to build his reputation in the early ’80s as a solid if unspectacular left-handed middle-order bat.

In the second half of the decade, he led Australia both as a captain and as a batter. In 1989, he regained the Ashes in most comprehensive manner, starting an era of complete domination over the Poms. But success (as captain) against the West Indies eluded him. It was left to his successor.

Overall, Border played 156 Tests, and Australia won 50 and lost 46. Obviously, a good portion of these losses were in the early part of his career, as Australia were continuously in a rebuilding process at the time.

His batting average is 33.38 in lost matches. It is considerably less than 51.38 while winning and 68.70 in drawn matches. But still he produced some memorable efforts for losing causes. Here in this two-part article, I intend to look back at some of those.

60 not out and 45 not (against England at the SCG, January 1979)
The home side looked to be in complete command mid-way through the second day, but then Graham Yallop’s inexperienced men (or boys) eventually lost by 93 runs.

On the opening day, Alan Hurst took 5-28 and restricted the Poms to 152 all out. And some strong batting by the Australian top order helped them reach 2-178 at one stage, but then the collapse begun.

Coming at six, Border, in his second Test, kept his head calm and batted sensibly. On the third day, he completed his first Test 50.

There would be many more over the years, but the rest of the batters failed to support him properly. His only blemish perhaps was getting involved in two run outs: Rodney Hogg and Hurst.

England trailed by 142 runs in the first innings, but a fine 150 by Derek Randall helped the tourists set up a target of 206.

And the home side collapsed badly against the gentle off spin of John Emburey and Geoff Miller. Neither Emburey nor Miller had any great reputation for penetrative bowling in the Test arena. Border top scored with 45 not out out of a team total of 111.

105 (second innings against Sarfraz Nawaz at the MCG, March 1979)
Two months after registering his first Test 50, Border completed a fine hundred here. And it should have been a match-winning hundred, but then Sarfraz Nawaz became the villain (from the Australian perspective) of the final-day drama.

Border and Kim Hughes (84) took the score to 3-305 chasing a target of 382 runs. At this stage Border was bowled by Nawaz, and the Australians collapsed to 310 all out. The last six batsmen contributed only one run.

Sarfraz finished with match figures of 9-86. He is generally considered the pioneer in reverse swing. And he was never too far from the news.

During the six-Test series in India in 1979-80, he didn’t feature in any of the Tests for no apparent reason. Interestingly, while he played Test cricket until March 1984, he never had a five-wicket haul after the MCG in 1979.

61 (second innings against India at the Wankhede Stadium in November 1979)
During the northern autumn of 1979, the young Australians, led by Kim Hughes, played a long six-Test series in India. While the Packer saga was over, the plan was for the big guns to return at home during the Australian summer.

Given the inexperience of the side, Hughes’ men didn‘t do too baldy. Hughes and the other batters did well, but all the bowlers except Geoff Dymock struggled to make much of an impression.

Still, they went to the final Test at the Wankhede Stadium in Mumbai only 1-0 down. Although Mumbai was (and still is) the main hub of Indian cricket, the Wankhede was a relatively new Test venue, and at the time it was known to produce underprepared wickets. Normally, the team batting first got a massive advantage.

Here, Sunil Gavaskar won the toss and had no hesitation in batting first. And the first three days all went according to plan for the home side.

Gavaskar himself scored 123 in front of his home crowd, and with night-watchman Syed Kirmani also completing a hundred on the second day, India were able to declare at 8-458.

The Australian batting collapsed against the spinners and they were forced to follow on after only managing a total of 160. They finished the third day on 2-60, looking at an innings defeat.

India duly completed their task mid-way through the fourth day, but not before Border, along with his skipper, produced a superb century stand in the most atrocious batting conditions.

For almost two hours on the fourth morning, they defied the Indian attack, showing excellent techniques on a wicket that was showing uneven pace and bounce on a fairly regular basis.

After coming together on the third evening at 2-17, the pair took the score to 149 as an unlikely Australian recovery now looked a possibility.

Unfortunately Kapil Dev dismissed Hughes for 80 just before lunch. Border fell to left-arm spinner Dilip Doshi, and Australia were all out for 198. 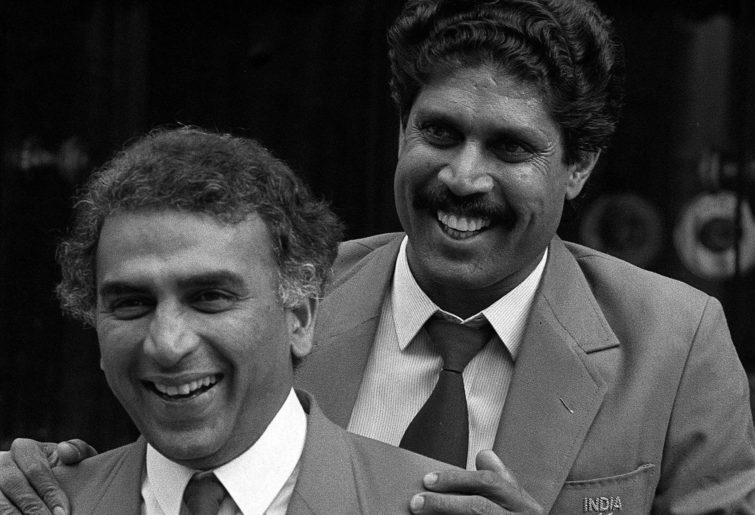 Together Hughes and Border contributed 141, a whopping 71.2 per cent of the team total. No one else reached double figures. Mr Extras contributed 22.

Interestingly, Border bowled 27 overs in the Indian innings, taking 2-60. With the pacers Rodney Hogg and Geoff Dymock tiring after almost relentless work during the long tour, Hughes had to rely mainly on his spinners here.

Here, Border’s figures were better than those of the regular spinners Peter Sleep and Jim Higgs. He dismissed Dilip Vengsarkar and Sunil Gavaskar late on the first day.

123 not out (second Innings against England at Old Trafford in August 1981)
While this was a fine final-day hundred, this was more about limiting damages than about influencing the actual outcome of the match.

By the time Border came to the wicket on the fourth afternoon with the score at 3-119, the outcome of the Test and the series was already decided.

Here, Border helped Graham Yallop complete his hundred on the fourth evening, and then produced useful partnerships with Rod Marsh and Dennis Lillee on the final day, but all this was just to delay the inevitable.

As Bob Willis dismissed Mike Whitney to clinch the series, Border watched from the other end, having scored 123 unconquered.

He enhanced his reputation further by scoring 106 not out and 84 at the Oval, but it was only a dead rubber.

The Australian team returned amid disappointment and controversy, mostly surrounding the poor performance of Hughes, both as a player and as a captain.

They regained the Ashes in about 18 months’ time, but it would be the West Indies, the new emerging power of world cricket that would destroy Australia (and others) regularly in the 1980s.

Not surprisingly, the second part of this article would include a number of efforts from Border, where he managed to tame the Windies’ quickies, but still ended up in the losing team.