‘We know how hard it is’: Leckie reflects on World Cup challenge

Completing a World Cup journey full of unprecedented challenges and hurdles over the past three and a half years is all the motivation Socceroo Mathew Leckie needs heading into next week’s play-off with Peru.

Australia’s path to this year’s World Cup began in September 2019 with a 3-0 win over Kuwait.

Leckie scored a double in that victory, the first of four straight wins before the COVID-19 pandemic brought the world to a shuddering halt.

When qualifiers resumed more than 18 months later, Australia were again in Kuwait, playing in a COVID-19 hub as they completed their initial group stage with four more wins.

Still unable to play at home, Australia began their next stage of qualifying with three more wins to take their run to a record-breaking 11 straight victories.

But just as the impacts of the pandemic started to ease, Graham Arnold’s men hit troubled waters with a run of just one win from their remaining seven matches to miss out on automatic qualification.

Leckie had to miss two camps due to an unwillingness to spend long periods in quarantine away with his family and was selected but injured for the March’s back-to-back losses to Japan and Saudi Arabia. 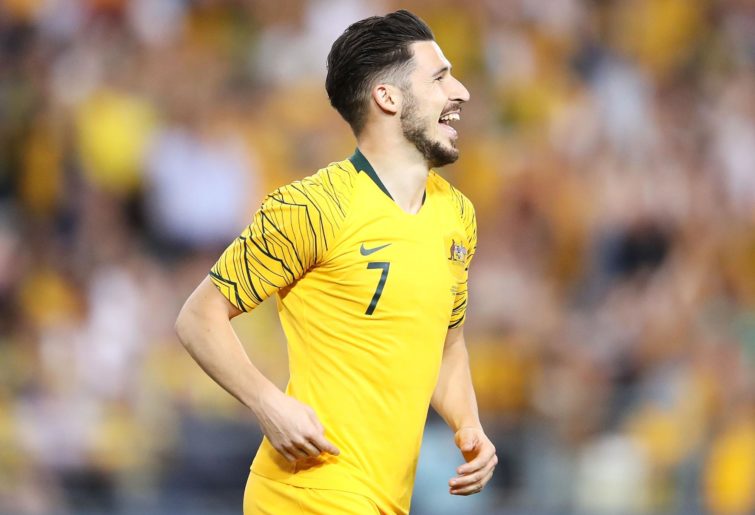 He returned to start in Wednesday morning’s (AEST) 2-1 play-off win over the UAE, meaning Australia stand just one win away from a fifth straight World Cup.

Leckie says it is the benefits to those in the team and Australia football in general, which is driving him heading into the Peru game, not proving any doubters back home wrong.

“Once you’ve been here and once you’ve participated in a qualification campaign to make the World Cup, you understand how tough it is,” Leckie said.

“We know how hard it is and how much we have to put in to get those results.

“When you said we’d been written off or people probably aren’t expecting us to be there because of where our players are playing at the moment, that doesn’t really bother me in terms of, that’s not a drive for me to try to make it.

“For everyone, for the country, going to the World Cup is the best possible thing you can do in football.

“It’s good for the game.

“It’s good for younger players that are coming through and get the opportunity to be on the world stage.

“That opens pathways and opportunities because the whole world is watching.

“For many reasons, every player is at a different stage of their career, but it’s super important for so many different reasons.”