The Roar
17th June, 2022
4
Join the conversation
Advertisement
Write for The Roar

Steph Curry has led the Golden State to their fourth championship in eight years after starring in their game-six victory over the Celtics in Boston.

The Warriors sealed the 4-2 series win in the NBA Finals with a rousing 103-90 victory with Curry and old comrades Klay Thompson and Draymond Green well supported by their younger brigade of Andrew Wiggins, Jordan Poole and Gary Payton II.

Curry led the way with 34 points and was highly emotional after the game as he collected his first finals MVP trophy.

Along with Curry, Thompson and Green, veteran forward Andre Iguodala and coach Steve Kerr also collected their fourth championship ring with the Warriors which has now risen above Chicago into outright third in the history books with the seventh title in franchise history. 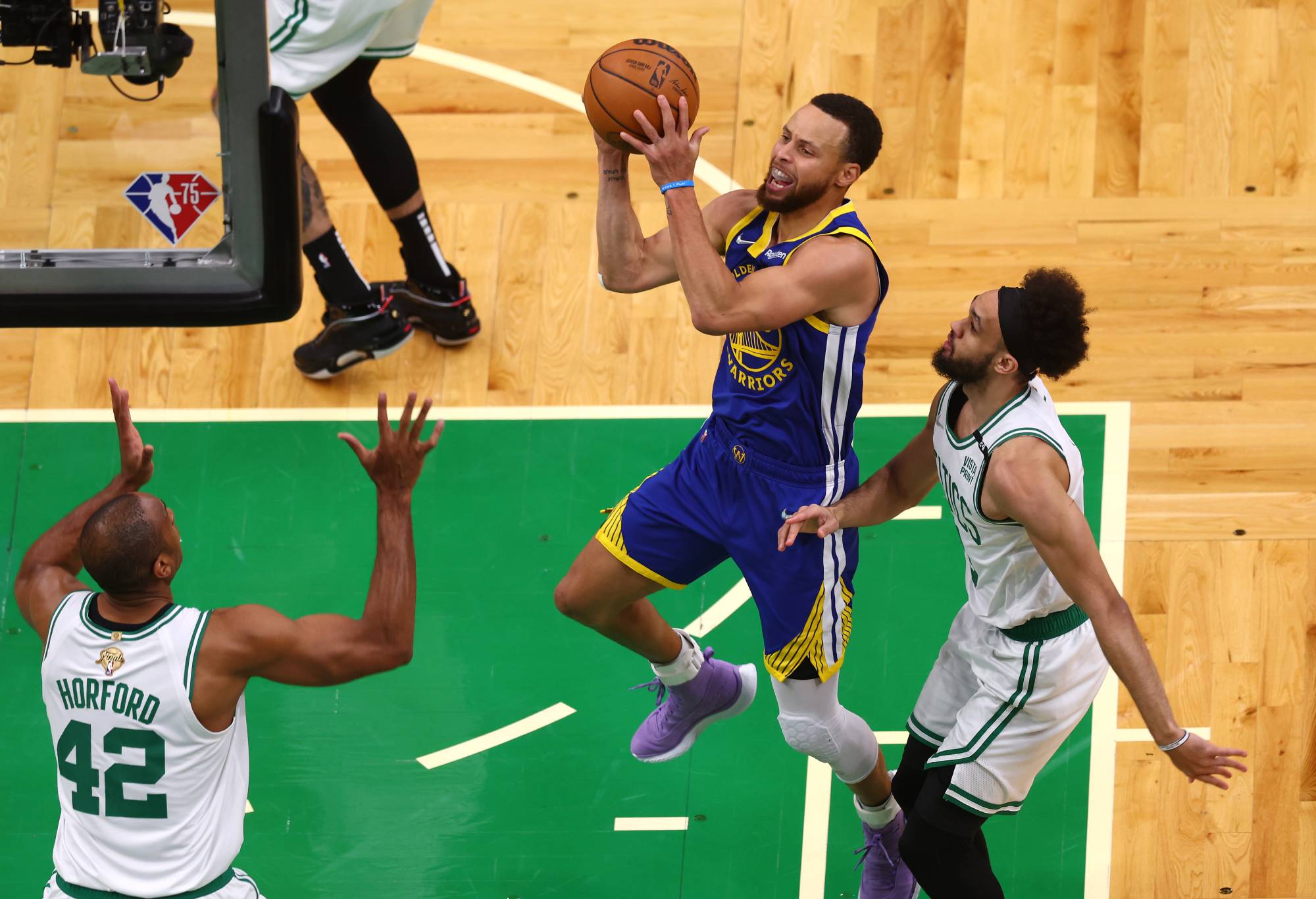 Steph Curry drives to the basket against the Boston Celtics during Game Six of the 2022 NBA Finals at TD Garden. (Photo by Adam Glanzman/Getty Images)

The Celtics led 12-2 early but the Warriors responded like true champions to go on a 21-0 run.

They kept the Boston crowd quiet in the second quarter with more hard-nosed defence and sweet shooting to make it 54-39 at half-time.

With Curry finding his three-point touch after a rare outing without any made baskets from beyond the arc in game five, the visitors surged ahead 72-55 midway through the third quarter to keep Boston at bay, however the Celtics cut the deficit to 10 heading into the final quarter.

Boston’s veteran forward Al Horford stepped up late in the contest to help All-Star duo Jayson Tatum and Jaylen Brown but ther rest of the Celtics roster struggled to make any impact.

In the final quarter, Golden State kept the Celtics at arm’s length, countering their best shots at every opportunity.

Brown equalled Curry’s tally with 34 points while Tatum was ineffective in the second half to end up with just 13 points, six less than Horford. Tatum shot just six of 18 from the field.

Boston also committed 22 turnovers, dropping to 1-8 this post-season when committing 16 or more. It was just their fifth defeat in 22 title-series appearances.

The first three rings of this Warriors dynasty came in 2015, 2017 and 2018, when Golden State were dynastic and made five consecutive trips to the finals.

Injuries, including ones that sidelined Thompson for 2 1/2 years, and roster changes changed everything. But this season, with Thompson returning around the midway point, the Warriors were finally back.

Back on top, too. Champions, again, denying the storied Celtics what would have been their record 18th championship, one that would have allowed Boston to break a tie with the Los Angeles Lakers for the most in league history.

This tale for the Warriors ended much differently than what was their most recent finals appearance against Toronto in 2019, one that saw Kevin Durant tear his Achilles tendon in Game 5 and then Thompson tear his ACL in what became the Raptors’ title-clincher in Game 6.

The aftermath of that loss was exacerbated by Durant’s decision to leave that summer in free agency to join the Brooklyn Nets and Thompson’s own Achilles injury while rehabilitating his knee injury.

It thrust a Golden State team into a rebuild that became a reload.

The Warriors used their two-year hiatus from the NBA’s biggest stages to retool their roster – adding a past No.1 draft pick in Wiggins, who excelled in his first finals, along with another rising star in Poole.

It all clicked. For Golden State coach Steve Kerr, it’s a ninth championship overall after winning five as a player.