Paramount has reported that around 568,000 Australians were tuned in at 4am to watch the Socceroos qualify for the 2022 FIFA World Cup.

In what I had never previously considered a ‘timeslot’, the Socceroos won the ratings by the length of the straight, with potentially even more people joining the broadcast later on and catching highlights and mini-match content throughout the remainder of what was a thrilling day for Australian football.

No doubt Paramount and Network Ten executives had broad smiles on their faces, with the eyeballs glued to their platforms vast in number and a small portion of that long-term investment made in the Australian game having been returned.

It was a stark contrast to the most recent A-League competition, where viewing numbers were underwhelming at best, with the app causing many subscribers problems in terms of accessing the content and maintaining a reliable stream.

My domestic 5G connection is incredibly reliable, yet often throughout season 2021-22, I was left staring at an irritating buffering symbol, with anecdotal stories from other fans suggesting more than the odd individual gave up altogether.

What the numbers do show is two clear and well-known realities.

Firstly, the Socceroos have a massive following and pull an impressive audience whenever they appear on the world stage.

Secondly, the chasm between Australian football fans’ eagerness to watch the national team and their desire to tune in to the A-League on a regular basis is vast.

In fact, I’m searching for a word that exceeds vast! 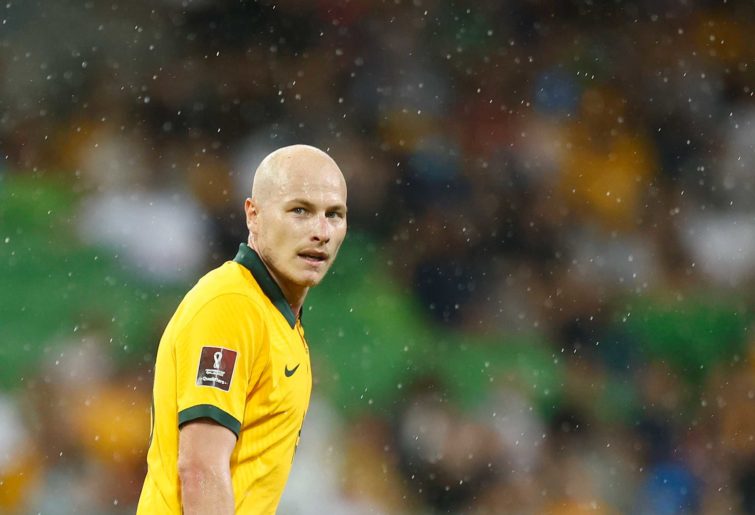 Therein remains the challenge for the A-League’s owners and the people now charged with investing in and leading the domestic league into a new era, with Network Ten as a keen and willing participant hoping to benefit from the shrewd decisions made by those with a significant investment.

Perhaps it would be a different story if the Socceroos themselves were all playing in the A-League. Pleasingly, the majority are superior to that level and playing abroad. Of the starting 11 that took to the field against Peru, just Mathew Leckie could claim to be a current A-League player, with only goalkeeping hero Andrew Redmayne, Jamie Maclaren and Craig Goodwin featuring as domestically based talent.

Yet could the fact that the majority of Graham Arnold’s squad cut their teeth in the A-League provide an opportunity to connect the Socceroos and the A-League Men more tangibly, via simple club association and guest appearances?

Aziz Behich used both Victory and Melbourne Heart as stepping stones to his international career, and Kenny Dougall has strong ties with the Brisbane clubs he played for as a young man. 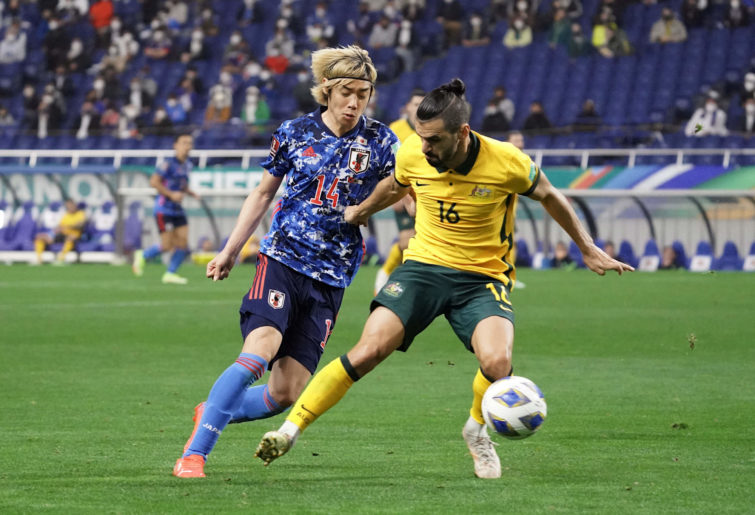 In 2016, Football Australia announced changes to the guest-player rule that allowed clubs to sign “high profile players” for an entire season outside of the salary cap restrictions. It was that rule which brought Tim Cahill back onto Australian shores for his stint at Melbourne City.

A quick tweak of, or appendix to, such a rule could see each club associated with overseas-based Socceroos and therefore permitted to bring them back for a guest appearance where suitable.

International breaks, the limited game-time sometimes afforded our players, and the demand for solid minutes when returning from injury all provide situations where the chasm between A-League fandom and the successful brand that is the Socceroos could potentially be bridged.

Just imagine Mabil and McGree turning out in Reds kit for a guest appearance, Mathew Ryan between the sticks at Central Coast Stadium with potentially Sainsbury and Rowles ahead of him, or Aaron Mooy bossing a Wanderers midfield with Mitchell Duke up top.

Socceroos like Martin Boyle, Harry Souttar and Ajdin Hrustic, despite having no direct links to A-League clubs, could also be wooed by them, with guest appearances becoming the norm and providing immense interest and quality to the competition.

Of course, there could well be some concern expressed by the high-paying owners of the teams at which our boys ply their trade week to week. Yet does the $140 million made available to A-League owners via private equity firm Silver Lake not enable a small financial carrot to be dangled in order for Australian fans to see the Socceroos on home soil just a little more often?

I can think of a heck of a lot of less effective ways to spend what would be a small portion of the new funds available.

I’ve no idea whether this idea is absurd, ingenious or simply unrealistic, yet as Paramount’s viewing figures remind us yet again of just how strong the Socceroo brand is, the gulf between it and A-League support needs to be bridged.

Perhaps reconnecting our Socceroos with the domestic league would result in a much-needed boost.

Were it to prove sustainable in the medium term, it could also provide a model for other leagues around the world experiencing a chasm between club and country.