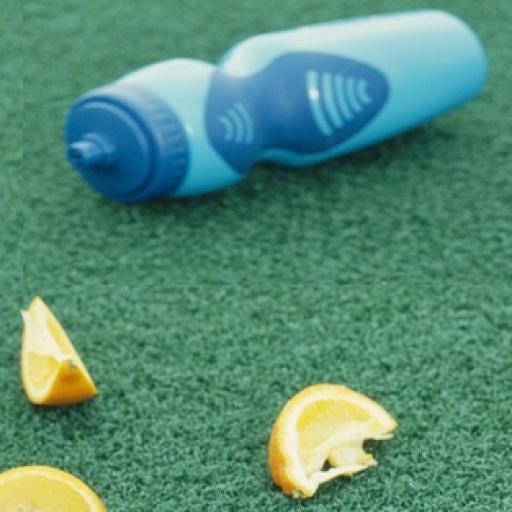 Just out of school, I worked in a carpenter's shop to learn a trade. I soon learned of tensions between the qualified carpenters in… 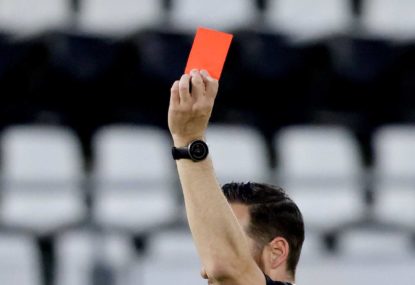 I’m looking for players who stick with the plan while under pressure, and are smart enough to know whether it’s Plan A, B, or C. Mo’unga is a shoo-in.
Edited to add: for the same reason, I still worry about a Barrett in the pack.

The stupidity of Cheika and team ignoring the high tackle protocols in 2019 as though World Rugby wasn’t serious about them still brings a wry smile. That’s the time when there were chooks in the discussion, and they certainly came home to roost.

>out in public for the benefit of coaches, players, pundits, commentators, sponsors and fans.

At least one of my colleague waterboys could do with being included in this list.

Thank you for the update about Robbie Deans’ excellent results as a coach.

Hi Geoff – excellent wrap and covers pretty much everything, although Pocock maybe could be in the narrative, if only by way of metaphor. Goodness knows that a moral compass which pointed true north was conspicuous by its absence over the weekend. It’s got dirty out there, to the point where the refs are getting vilified in social media. Meantime they are getting an earful on the field. I prefer the sport to be without on-field commentators, Hollywoods, and shouts of “Aw, Ref!”

Acoustically, Dunedin’s covered stadium (the one that cost so much that the Council inadvertently but foreseeably flooded South Dunedin because they couldn’t afford to empty the sand out of the blocked sewers) seems to act as an amplifier for Aaron Smith. A consolation of the likely Finals draw is that Nik White won’t be meeting Smith and his team. Referees can be assured of finishing their assigned matches without their ears ringing or tinnitus.

Exactly. This is the point. Such pressure situations separate the truly great players from the very good ones.

Maybe also on deciding to spend the full salary cap, rather than keeping the money in the bank? Coleman’s made a difference – that’s plain to see – and there may well be other factors at play too.

Hmm. Much earlier than the original “mid-June”. SF is taking one for the team.

I think Hooper belted Gilbert in the side of the head just prior and Gilbert saw red – with anger, and then by way of the ref’s card. Captain’s class act – Sean Fitzpatrick famously pushed a Springbok backwards at a ruck after the whistle when the All Blacks were stretched on defence in South Africa, the ref saw only the retaliation and after the penalty and several phases the All Blacks scored down the other end. A game changer. Cunning captaincy.

Whether or not there was retaliation, there is no excuse for what Gilbert did and the red card was richly deserved. The only reason I bring it up is that, if it was retaliation, it would certainly dismiss your insinuation that the New Zealanders have Hooper has some sort of marked man. Maybe look again at the phases leading up to to Gilbert’s stupid move?

I read across many websites and sometimes the only thing in common is that contrasting views exist, an example being the comments about the Reds/Blues match yesterday. On NZ’s main news site a commentor [not me] had this to say about today’s incident, please note I happen to agree with the red card.:

[snip]I watched the replay of that incident a number of times in slow motion. Hooper deliberately swung his legs into the air into an arc the moment Gilbert let go of him and landed in a staged manner more onto his shoulder. He immediately goes into a recovery position and then turns his head to see if the Ref has noticed. Meanwhile a Warratah lifts a Highlander into a horizontal position and shoves him aggressively to the ground just as the ref blows his whistle. It’s all there to see on the SKY highlights package. Very cunning team. Hooper had put his shoulder into the side of Giberts head which is why he reacted forcibly back. Hooper milked it. [end snip]

Maybe they bought players up to the salary cap, rather than putting the salaries into the bank and not bothering to pay for talent? This is my assumption, no-one’s been able to confirm or deny it. All the talk seems to be about how good the coach is, rather than how much is being paid for the cattle, and how little was being spent in 2021.

Sure thing: one upset in the final round.

All joking aside yes the aussie sides have improved and twice as good would be understating it. Bledisloe will be interesting.

Can’t agree. Rule changes have meant ball in play has changed from 19 minutes per half decades ago to 28 minutes or so nowadays

Thanks JC. This answers the question in my post above. So the penalties were related to what was happening on the field of play.

I did not see the match but I’ve read The Roar’s livescoring thread and several online articles. It seems beyond belief that a referee could get away with making penalty after penalty with no reason.

I may have read the room wrong, but it appears that all the penalties were without justification and were expressions of simple incompetence.

Statistically, it would seem certain that at least one penalty out of any large number of penalties would randomly coincide with activity that was, in fact, breaking the Laws of Rugby. So I’m surprised to learn that none of the whistles were justified.

Was there anything which broke the Laws?

While on the topic of questions, I picked a couple of matches correctly back in Round 9, and one in Round 11. How would I find out where I stand in the aggregate rankings? I click on the Tipping page and see only the rarefied gods of the Top 20.

It’s nearing the end of the season. Gloves are off, veneers are removed.

Money. Each win attracts crowds. Each win gets you bonus matches by way of playing semis and finals. It means more fame and bigger salaries for all.

Highlanders vs Waratahs at the covered stadium. Hmm.

Cheapest seats are NZ$42.50 which is almost exactly what you’d pay for two 1kg blocks of Tasty cheese in New Zealand, where there’s so much dairy that even the lakes have turned green.

Highlanders. By two blocks of cheese.

Nah, it’s not a good fit for me. It’s like I’m putting on airs, if I was to aspire to that sort of thing. I’ll stick with being a Waterboy, even with the stealth tackles by those wishing to seize my oranges.

That’s the problem. Give someone a fancy title and they eventually expect someone else to carry the bottles or hold the hose. Throw in a bit of ethics-bending and eventually the lawmakers want to catch up with you.

I’m wondering why there are comments supporting the abusive spectator when pretty much everyone would agree that anyone who abuses a waiter, receptionist, or someone else just doing their job, is wrong.

This is exactly the same thing. Some random member of the public has abused a paid professional as the person goes about their work.

Employers have a duty of care to prevent or minimise the risk of harassment and vilification. This is why there is the “Text antisocial behaviour to…” number posted at the ground, and why they have security staff with cameras which zoom their focus on any part of the ground, in the bigger stadiums, so the guards on the ground can turf out and ban the abusive perpetrators (I’ve been in the control box at Adelaide’s stadium).

Saying “it’s all politically correct” and “harden up” is not how the Courts interpret it. The lawmakers representing wider opinion of Australian society have said that the impact of vilification and psychological abuse is as determined by the victim, not by the perpetrator. It’s the impact on the victim that counts, not the intention of the person delivering the verbal.

No-one should be abused or vilified at work. It’s not in the job description and they didn’t sign up for it.

“Making a fuss and so she deserved it” was a comment made to me by one of my clients. Like your friend, he should have known better. I did point out that “making a fuss” is a way of minimising and devaluing what the person was saying, so the voice was (in the person’s mind’s eye and judgement from on high) not worth listening to. Good luck to your friend.

Some nuance on the private equity comments. It’s not that PE investment is a bad thing. But I have yet to see – anywhere or under any circumstances – a recap about PE which didn’t conclude that:

or, in the snide social media parlance of our day –

This is why the PE honeypot is a trap for Pooh bears. Reminder: compared to the PE sharks, everyone’s a Pooh bear.

The Wrap: The light at the end of Australian rugby’s tunnel isn’t an oncoming train after all

I counted 300 people seated in the southern (river) end stand. I couldn’t count the people behind me in the sunny east side, and assumed they would be the same or a bit more than the numbers on the shady west side.

As for numbers, I forgot to add:
Best number of players on field for Rebels to convert pressure to points: 14