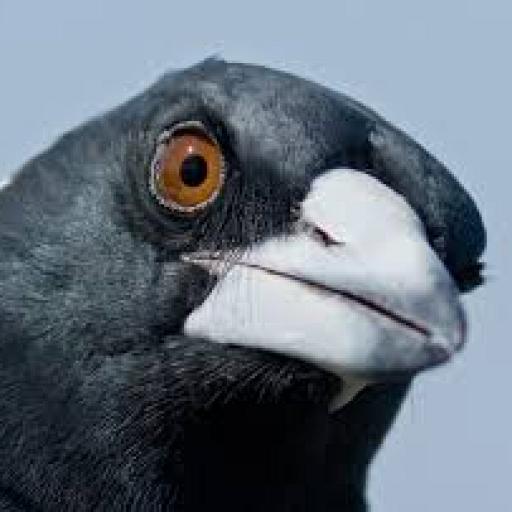 Call me Les if you so please, lament the article I scribe. Your choice does not change this indisputable fact.

No there isn’t more to this story, it’s a vent. Writing about how our club goes forward is a different story altogether.
I might just.

Like it or lump it, there is nothing wrong with due criticism.

The article is a vent.

Collingwood: The era that could have been

Hopefully with dynastic success, until then whether it’s Les or anyone else the warranted criticism of how the club got to where it got to will continue.

‘Not this continual negativity.’ That all depends on how the club responds to its own demise.

‘Collingwood – the errorS that WERE’ Fixed it for ya.

‘Malthouse coached as he’d always coached. These urban legends that are circulated are falsehoods to make the succession plan more palatable, and/or to mitigate the credit Malthouse deserves, and finally to deviate people from seeing the succession plan for what it was: an unmitigated disaster.’

This paragraph right here sums it up perfectly, this is the only piece of scribe that is really required on this subject. The whole ‘succession’ plan is made more palatable to those who can’t stomach what is more likely. For all the down the rabbit hole arguments for and against, there are two glaring factors. The team that won the 2010 flag is 1/ The second youngest team in the history of the comp to win a flag 2/ The second highest percentage team in the history of the comp the following year (only behind the fourpeat machine – heady stuff)

So forget the but but but, these two points right here are the reasons you don’t throw in an untried coach to such a team. It just doesn’t fit, and Collingwood has reaped what they’ve sewn. I suspect many inside the four walls, now and at the time would rue the decision. It is rumored that Nathan offfered postponement of the ‘plan’ but Ed wouldn’t have it. If true thanks Ed.

Right again, there is one thing though that you haven’t written in this article. It’s the messaging from the incumbent president – like ‘we expect to play finals this year’ – that was just insulting the intelligence of the fan base, not wise, especially when it is in contradiction to previous comments and other club officials. It’s akin to p155ing in our pockets and telling us it’s raining – insulting

And yeah you’re right, Korda and the current board aren’t exactly being transparent with us either. To be honest I’m not in favour of either. Personally I’d like Murphy to take the seat, and I imagine if he took the spot instead of Korda – things may have been different i:e no egm.

Finally, we’ll know before either an egm or agm whichever comes first what the forward planning of any ticket will be – not when the egm is already in place. Only a fool would hold their cards until it’s too late.

What should we make of Jeff Browne's motivations?

Agree Sports Bloke on the winds of change and thanks for the article, now we’ve just gotta pray like hell that the other ‘big 3’ don’t flag in that time, that would just be salt in the self inflicted wounds the club has given itself. Right now we’re behind all of them in progression to the next flag, hopefully the boat is rocky down at Princes park and we have a false dawn at the hangar and the kittens are finally in regression (hoping like hell).

I agree with most of this article and will add to re recruitment and development. If I am correct the coach requested Dekka to obtain ‘types’, mainly it was mid types for Nathan to build his team around. As far as development goes that’s in part on the whole coaching panel not just the head coach – I think you’ve marked harshly here. There’s been good development after the failed succession plan. Elliot, Langdon, Maynard are the immediates that come to mind – there’s many more. Sure there’s been some flops but that’s probably more around game development than player development.

Lastly, on the failed succession plan. There are arguments to justify like injuries and players falling off a cliff etc. In reality, you shouldn’t hand over the coaching reigns to a two year assistant coach of a team that has the 2nd highest % in the history of the comp at 20 – 2 I might add. It is rumored that Nathan offered to postpone but ed the club declined the offer. That is a monumental stuff up by the club and likely cost a flag or two, that is speculation that holds a lot of weight.

Not defending anyone, just pointing out the ironic that come on here and bag the (warranted) criticism and how the articles are ‘boring’ because of the repetitive nature. Yet they’re all here reading the article. It’s hypocritical.

And here you are claiming ‘slavish’ and ‘fawning’. If anyone has a problem with the articles and the continuity then maybe they should look at the cause instead of criticising the warranted criticism.

Hope it keeps going until the criticism is no longer warranted, then the praise can begin. Then everyone will start complaining about the fanaticism I guess.

And what would be the positive?

Cue in the ‘leave Collingwood alone’ or ‘stop it Les’ or ‘another boring article Les’ crowd.

It has been rumoured that Nathan offered a postponement of the failed succession plan but the club was not willing. 😢

Or you could just not read it and you’d be none the wiser, or the club itself could’ve avoided the myriad of sordid dramas and no one would be having these conversations.

Perfect summation! PTS Except for the 10 flags in a row bit………….. everything else is spot on. But hey ‘stop writing Les’ or ‘leave Collingwood alone’

(Pies supporter finally accepts the success it’s club has missed out on because of its own doing.)

Seems Les’s agenda is he has multiple beefs with the club, which are warranted. I doubt it’s ‘google points’

‘He writes well, but it is basically articulate complaining about matters that are now history.’

I imagine it would be a positive article, as it should.

That’s loser talk, but somehow it’s success at Collingwood for some supporters.

As for the rest of your post, how about look at the cause of where we are, like the author does instead of lamenting the articles by the author.

Yet you’re here reading it PTS, like every other Les article. If you’re tired of the ad nauseum maybe look at the cause instead the equally tired old line of ‘how many Les articles’. You do have a choice as do I, I’d rather not have so many negative articles but I know the cause and it’s not Les. I say give criticism when and where it’s due – seems it’s certainly due until improvement comes through change. You do have a choice.

Overstating my importance? Les is incapable of explaining the Pies demise? What the hell are you on about? In every single article he’s written on the Pies he explains it fine detail, how the hell you correlate that with how ‘important’ I or the author thinks of their opinions doesn’t make sense. What is more likely is that you and others choose ignore the reality of what is going on at the club on and off the field because you don’t like the reality.

It is not ‘attacking the man’ it’s explaining what the causes of the problems are, you’re just being deliberately ignorant or are just so naive it’s not funny.

TBH it does not look like you actually read the article again. You mention that clubs are more than just presidents and it includes lots of elements. That is alluded to in the article, and it’s obvious you’re missing the point of the article.

It’s not just about the ‘now’ it’s about the long time incompetence from the top down and how it seems the club just accepts mediocrity. Whether it’s just acceptance or incompetence, that’s not good enough and that’s why scribes like Les continually vent – it doesn’t need to be like it is.