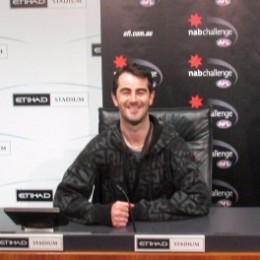 I am an experienced, passionate and knowledgeable sports writer looking to contribute to The Roar and showcase my skills.

The Tiger train rolls on after Geelong nailbiter

What a game of footy! 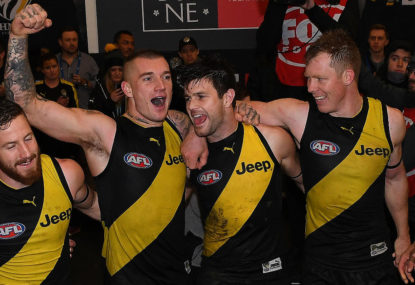 The Tiger train rolls on after Geelong nailbiter

The Richmond Tigers will look to keep intact their excellent form at the MCG when they host the Geelong Cats there on the Friday night stage. Join The Roar for live scores from the match and a live blog of the game in Round 20 of the 2018 AFL season, starting from 7:50pm AEST. 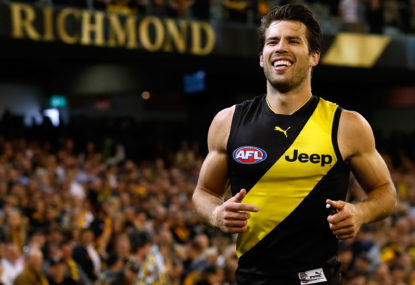 Brisbane give Carlton the Blues

The Brisbane Lions have secured their third victory of the season and heaped more pressure on Carlton and their coach, Brendon Bolton with a thumping 65-point victory at the Gabba.

Brisbane give Carlton the Blues

Match result: The Brisbane Lions have secured their third victory of the season and heaped more pressure on Carlton and their coach, Brendon Bolton with a thumping 65-point victory at the Gabba. 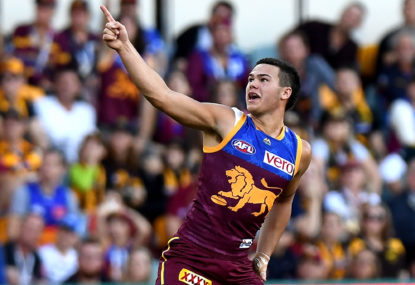 This match pits two of the struggling sides of the season so far – the Cairns Taipans and the Sydney Kings – against each other. Join The Roar for live scores and a blog of the match at the Cairns Convention Centre on Saturday from 5:30pm AEDT. 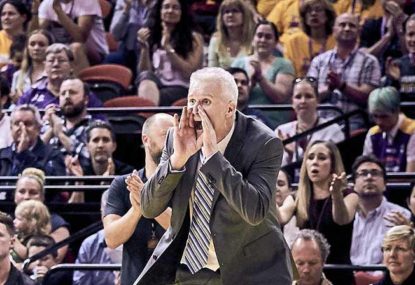 Cats claw their way to the finish, but the Tiger train rolls on

Richmond has survived a final term fightback from Geelong to record a thrilling three- point win on Friday night.
Geelong started strongly, with Daniel Menzel booting the opening goal of the game. The Cats wasted a few opportunities, but the Tigers did no such thing, with Jack Riewoldt, Trent Cotchin and Jason Castagna all goaling to put Richmond 11 points up.

Geelong debutant, Ryan Abbott booted his first career goal to reduce the margin to four points, but a Riewoldt major in the quarter time siren handed the Tigers a 10- point lead at the first change.

Richmond ruckman, Toby Nankervis booted a goal off the ground to start the second term, before Jack Higgins added another to extend the Tigers’ lead.

The Cats needed to respond, and they did, hitting a purple patch, with Tim Kelly, Jack Henry and Sam Menegola all hitting the scoreboard. The Tigers took a narrow five- point lead into the main break.

Menzel booted his second to start the third term and suddenly, the Cats were in front.
It was all Richmond for the remainder of the term, with Castagna, Kamdyn McIntosh and Riewoldt all goaling in quick succession to give the Tigers the advantage. When Jacob Townsend kicked truly late in the term, the Tigers led by 24 points, but Abbott’s second gave the Cats some hope, reducing Richmond’s lead to 21- points at the final change.

The first goal of the final term was vital, and it went Geelong’s way, with Zach Tuohy splitting the middle and when Menzel followed suit, it was game on at the ‘G.
Goals to Riewoldt and Sam Lloyd looked to have got the Tigers home, but Chris Scott’s men weren’t done with yet.
Goals to Tom Hawkins and Cameron Guthrie saw the margin whittled away to just 10 points and when Menegola added his second, it was anyone’s game.

In a frenetic finish, the Tigers held on to register a record 19th straight victory at the MCG.
Jack Riewoldt booted four for the Tigers, while Kane Lambert had 31 disposals.
For Geelong, Patrick Dangerfield finished with 39 disposals and Joel Selwood racked up 37, while Tim Kelly was enormous with 36 possessions and a goal. Daniel Menzel booted three goals in an encouraging display.

What a game!
The Cats gave it everything in the final term, but the Tigers prevail.

Ablett misses and the margin is three points.

Menegola boots another and the Cats are within four points!

Cam Guthrie toepokes a goal and the Cats are within 10 points.

Tom Hawkins boots a goal and the Cats are still a chance in this one.

Ablett’s kick is away to the left.

Tim Kelly leads all comers in this game, with 34 disposals.

Sam Lloyd adds another goal for Richmond and they could be home here.

Menzel kicks his third and suddenly, the Cats are within 10 points.

Zach Tuohy pegs one back for the Cats.

BEHIND- Richmond
Riewoldt wins a free after a deliberate rushed behind against the Cats, but from a very tight angle, he can’t quite squeeze it through.

FINAL TERM UNDERWAY
Who wins? Will the Tigers run away with the win or do the Cats have what it takes?

The late goal to Ryan Abbott gives the Cats some hope, but we know what Richmond are normally like in the final term.

Nank the Tank has a quick shot at goal, which is offline.

Debutant, Ryan Abbott has booted his second goal of the game and boy, did the Cats need it!

Riewoldt’s shot at goal is off hands for a behind

Dustin Martin’s dribble kick rolls the wronf side if the post for a behind.

Mitch Duncan can’t make it ciunt for the Cats.

After back-to-back seven goal games, Tom Hawkins is not enjoying quite the same luxury tonight. Hawkins has had just six disposals and booted one behind.

Jack Henry’s shot at goal sails out of bounds on the full.