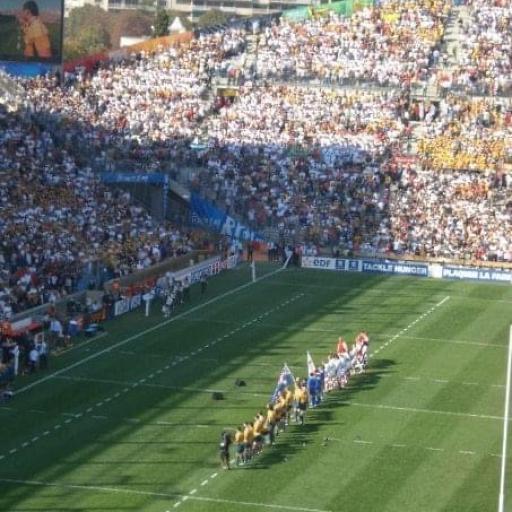 Born in Auckland, moved to Collaroy Basin in 1958. My Uncle Bob stopped sending me the All Blacks Book for Boys when he heard I had been signed for Collaroy Plateau U10s. Mum was a Cousin of Nev McEwan and played Hockey for North Island, NZ. Dad played VFL for Shepparton and trialled for the Demons in '40. He proposed in the women’s hockey dressing sheds in Dannevirke. I toured NZ in 1973 with UNSW, playing Massey Uni watched by Uncle Bob who wrote it up in the Levin Chronicle - "Prodigal son returns".

I was born in Auckland in 1950. With a Kiwi mum and my Aussie dad and my younger brothers, I moved to Collaroy, Sydney, in 1958. My Uncle Bob stopped sending me the All Blacks Book for Boys when he heard I had signed for the local under-10s with Rod MacQueen.

We were in Narbonne for the 2023 Rugby World Cup.

Maybe Rassie is a micro manager who can’t delegate despite his public persona. Good on him for his success. Which other director of rugby wants to be water boy?

Some one tell Jimbob he’s dreamin’
The ABs will be in Australia against the Boks. 2/0 I predict.

I prefer the Wallabies Bledisloe Cup game in Wellington in 2000 when poor old Wayne Smith comes down near full-time, the TV is showing the Cup, NZ can’t lose from here, camped on the Wallabies line with one minute to go when, God’s a Wallabies supporter, Ealsie kicks the penalty and we keep the Beldisloe, those were the days. Surely those were the two best games ever. So little in it. Such drama. Great Rugby. No whingeing about the Ref.

Thanks for noticing TonyH. I have a passing resemblance to Michael J Pollard. It started at UNSW Rugby 1968. 😁

My nickname came about at Melbourne Intervarsity Rugby in 1968 when I was just 18. I imagine the movie ???? was rehearsed about then. I have a passing resemblance to Michael J Pollard and surname Moss. 😁

Hoops played with Kieran Reid I think, in Japan. Something rubbed off!

Great article Geoff. My wife who knows nothing about Rugby but loves drama was watching the replay after I got so incensed and said “It’s that power mad linesman (Pickrrill) who triggered that decision, and gutless Ref”.

I’m sure I’m not the first one to think of an orange ???? card. 20 mins off for TMO offences like Marika or Lachie last year but Red like SBW.

Guts. This could be a turning point but wait, Eden Park to come. 😱

Thanks George. I have lost count of the number of times we have over-thrown on a super-critical line out. It’s ridiculous. What happens, is it nerves?.
Then we look surprised when France does an 8 man push in a vital scrum. Is that captaincy?.
NB You’re not George Gregan are you ? 😂 (sic)

WILL GENIA: 'Absolute machine', 'Slow under pressure', the Wallabies' good, bad and ugly

There weren’t too many guys out there in the WB’s who’ve ever played France at the Test Level or experienced French rugby which I’m guessing is a different experience. They adjusted very well and hopefully will get better and better but I thought that with SR TT after the 1st weekend and that was a false dawn. Interesting times.

Coach’s Corner Issue 20: Why Jake got the nod over Tate

There was a great story about Campo at full back and a country guy was winger, Streeter maybe. Anyway the ABs put up a Garry Owen to campo and while he watched the ball in the sky with the forwards charging down he called to Steve Streeter “how far away are they?” “Jeez” said Steve, “dunno, it’s going to be close I reckon!”

Pinetree, do you have Ken Catchpole’s other leg?

Get your questions in for Issue 20 of Coach's Corner

Rennie sounds like such a good coach, we just might be very lucky to have him except do we really have to thank Raelene Castle ?. To think back to the time when RC was CEO and Checka was losing it as Mickey Mouse, god that was awful, hope i’m not speaking too soon?.

What I like is being able to run one’s eyes down the player list and think, yes, yes, hmm, fair enough, interesting, yes, yes….

I just watched the replay of The Lions vs Japan and my first impression was these Lions are going to be eaten alive by The Springboks, pun intended. It reminded me of the Aussie SR Teams going to the slaughterhouse in TT.
The AB’s and Argentina can stuff around for a while and if the WB’s don’t beat France 3-0 forget the Rugby Championship.
My hope is Rennie somehow fashions a stable front-row and line out that win the vast majority of our own ball. The rest is simple. We always have excellent loose forwards and with space good incisive backs but since the early 2000’s they have been at a distinct disadvantage going backwards, pushing passes, throwing over the back, you know…. it’s frustrating to watch but let’s see if DR can work some magic, the game needs it.
What’s more likely. The Lions go down 2-1, winning the dead rubber, The WB’s beat France 2-1 in the decider, the AB’s keep the Bledisloe (WLD) and the AB’s and the Springboks fight out the RC with the Springboks winning on points leaving Australia with hope and NZ in turmoil.