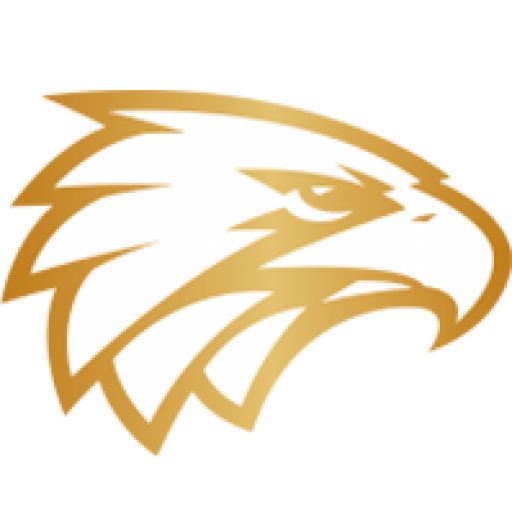 Nico hasn't published any posts yet

He did well and was sincere. Don’t want him to beat Nic Nat, but hope he has a good game.

Not too confident about tomorrow… Just feels like the type of game we’d drop. Hopefully we double what we did last week, and that Cameron is still a gun.

As much as I love the Giants, they simply don’t travel well. The day they overcome travel, will be unstoppable.

If Giants win this game, it will say more about Port than GWS. Tipping Port (as they’ll be looking to re-assert themselves after last week) and should get the job done, but will be cheering on Giants…

Also hope they don’t play Taranto. No point rushing him back and setting him back.

– Freo: (they’re not as bad as they seem), but Saints beautiful to watch atm. Go Saints!

– Dees: (can NEVER be trusted). But are Suns the real deal on the road? Maybe, but have cost me 3 tips already as I don’t trust them… Going Suns this week which will probably backfire.

– Blues – possibly most realistic upset, IF they play from Opening Bounce rather than after 6-8 goals down. Will stick with Bulldogs to be safe – I think if Bulldogs score early Carlton won’t catch them, and vice versa.

– North…. Essendon hard to trust, but going ok this year. Cost me two tips for not trusting them. (Essendon, Melbourne, St Kilda have burnt me too much in previous years)
… North have cost me three tips now for trusting them. Have huge potential, but materialising it into wins appears to be a challenge? + some significant outs – still wouldn’t be surprised if they won. (Might be a last minute change to North for me).

– Adelaide – but won’t tip against Eagles here. If Eagles can’t beat current Crows, then they simply don’t deserve to.
Can already picture the woeful headlines if Eagles lose this one. (Please don’t lose to Adelaide).

Poor kid. Could have been a real Brownlow threat had he played out the season in current form.

Terrible news for him, and considering he wanted to get back out and play on Sunday, sure the kid’s devastated if season-ending surgery is the option taken.

Hopefully many bright years ahead for him.

Felt sorry for Jetta, but it was the right call. He went from our best kick to almost greatest liability kick.

Hurn probably treading water too… Don’t envy the match committee at all. Great stars in a form slump, but you never know when they may “snap” out of it… e.g Yeo’s second half, and some promising signs of the Cripps we know and love in the last quarter.

If the improvement(s) continue, we may be just right at the point of the season when it counts – if there’s still a season.

Definitely our future, and looking bright – both Allen and Waterman (plus Duggan, Nelson, Watson) are also quite loud and good at revving up the team, which is great for morale.

WCE learned the value of youth this weekend. (Not that they weren’t aware before, but in this season, for so many teams (except Hawthorn, Collingwood), the positive difference seems to be youth.

Darling hasn’t fired a shot yet all season, but he’s likeable and highly talented, and I can sympathise that he gets nervous – even if it frustratingly costs us a few times. Hub also probably totally unsuitable for him being a strong quiet family man.

I think if WCE were in the second batch of “hubbers”, Darling would have opted out- seeing as how some Richmond seniors opting out has been received well.

I’d still back Darling in every week, as long as we have at least two of Allen, Waterman, Cameron, or Brander (Potentially) to pick up any slack.

I’m sure he’ll stand up eventually, and hopefully he’ll be ok once back in WA with his family.

Anticipating the biggest positive change in Cripps’ form, after Allen and Waterman’s display. He’d be dropped before any of JK or JD. Even if different roles – especially as Cameron replaced him seamlessly last year.

Jamaine Jones looked good too, shame about the injury. Hopefully nothing serious. We’ll know more from the SJOG injury report later this week.

Lions are ok in Sydney. They should get the job done.

Was introduced (made to pay attention) to AFL in 2017, by having to sit through a year and a half of St Kilda games on television – so Saints were the first list I got to know fairly well – Josh Bruce (while at Saints) was the first player that truly frustrated me, and him kicking 6 on Saturday after all the years of misses at St Kilda from right in front of goal was something to behold. Always a great marker but meh finisher. If he becomes Bulldogs’ best forward, that will be peak St Kilda.

Funnily enough I asked the bff lifelong St Kilda supporter if he was excited about St Kilda’s improvement, and he shrugged and said doesn’t really matter, as no one will take this season seriously anyway.

Also have a soft spot for them, and so pleasing to see them rise and play exciting attractive football. They haven’t really had any “stars” on their list in the time I’ve been watching- except Riewoldt’s last year. With King, Butler, Marshall, Billings, Gresham, Lonie, etc. if they keep going as present, will be quite lethal. Hopefully nothing derails them. (Also, what happened to Parker?)

Giants don’t travel well, even though are ok-ish at the Gabba. I expect Port to thrash them. (Hope I’m wrong, but Port should be strong faves (and winners) for this one).

Lions vs Cats looming as good test for Lions on the road.

Agreed. Brisbane Lions have the most attractive style of play IMO.

I’ll hope premiers are (in order):

1. West Coast (Technically should, but unlikely)
2. Lions (great chance + Chris F deserves it)
3. GWS (Atonement for an off day in 2019/ should have one by now/ soft spot for them too).

He’s such a positive guy and obviously great coach. The way he talks about the team, very heartwarming.
Would love to see him win a premiership.

They are on track. If Hipwood gets more accurate and McStay learns to kick, they’ll be unstoppable.

My what-ifs for the Kings are what if St Kilda can retain Max and land Ben?!!!

Makes me giddy with excitement. If they continue to develop and become a power duo, will really help Saints’ membership.

Sentimentality is a lousy currency, but they grew up supporting St Kilda, so it would be a feel good era for Saints with them as the twin towers up forward.

Would have thought Port and Lions are faves…

If West Coast can’t get there (highly likely they won’t), I’ll hope Lions or GWS do.

But Lions and GWS are good, no one would be surprised if they made it. If a “random” no one expected, then GO SAINTS!

Freo make me quite nervous about the Derby, as they’ve definitely shown more competitiveness than West Coast so far.

(Even West Coast’s R1 game against Melbourne at Optus wasn’t all that great. So not expecting any major turnaround of form once back in Perth. Guess we’ll know more based on what Eagles show the coming week).

Hopefully it’s entertaining and not a scrappy fumbly bore. Eagles will start as faves, but wouldn’t be surprised if Freo win.

The first Blue on the chopping block should be Mitch McGovern. Minimal contribution and too error-prone for a senior player.

Maybe Crows are tanking on purpose? Hard to believe their current state, given that they were the best team only 3 years ago.

Eagles need to be careful next week, Crows will be desperate!

I can see his point. The Eagles have not had Jack Darling functioning, and I’ll bet it’s the family element. Although he could have brought them… but didn’t.
In fact, Darling should have opted out of hub. Can’t wait to see him back at his best in WA.

Saints should beat both Crows and Dockers, in present form.

Exciting to see them rise, hope it persists.

I like that WA isn’t the main hub choice. McGowan tried his best to bring all AFL business to WA, once he saw the economic upsides. QLD were always more welcoming. So I’m glad they get to benefit the most.

Nole was a favourite of mine for ages… but he just doesn’t help himself. Nadal sits as number 1 fave for me, bar none.

Issue with Nole is as much as I adored him initially and constantly defended him to fellow tennis-mad friends who disliked him, over the years I started to see what his detractors were talking about….

He may be the GOAT but many will never accept it because likability factor is too low. I felt desperately sorry for him when the AO crowd even booed his good shots against Thiem in this year’s final. No one deserves that. He’s used to the crowd being against him when playing Fedal, but a neutral crowd also totally against him? Hard not to feel his pain. And it showed in how that match progressed. He is a victim of himself.

He needs to manage his father too. Appalling comments (especially about Federer) all the time which Nole doesn’t do/say anything about. Shows very bad sportsmanship.

Personally don’t care about Federer – he’s boring and peak vanilla. But he still deserves more respect than the uncalled for weak attacks Srdjan constantly dishes out at him. And with many already disliking Nole, his silence on attacks on Federer by his family makes him look complicit- even if not the case.

The 2020 series of fiascos by Nole are the final nail in his coffin. Which is sad to me as I always wanted people to like him, but he’s participated in a lot of self-sabotage, so meh.

Best friend St Kilda supporter’s parents live in Noosa. They are thrilled. Especially with Saints going so well. Happy for them.

We may truly be a chance this week, I think/hope.

Cripps and Darling should be on notice If they match recent (non)performances. I hope they fire, brilliant and we need both.