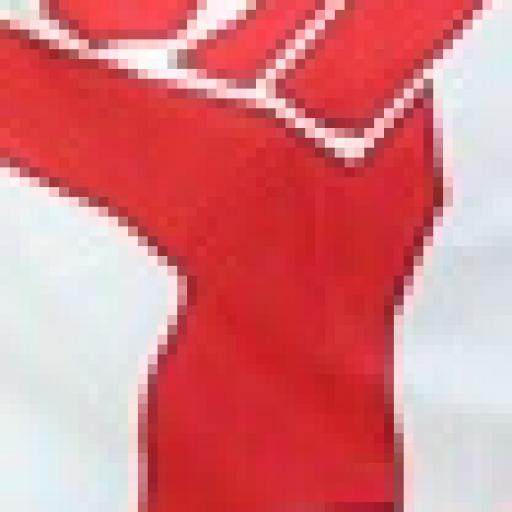 Stevo hasn't published any posts yet

It’s been a highly entertaining ending to the elongated A-league season and I expect more of the same going into the finals – yeah!!!

So, Nux over a lack lustre Perf who are missing the magic of Diego and El Tuna not in goal scoring form that’s going to get them over the line IMO. That leaves WU vs Roar. Something says WU. Rudes saved his old codgers for this game and I’m going to have fun watching Diamanti pulling strings around the pitch.

Lolz. Zidane is a legend for a good reason. His quality with the ball and skills being able to beat one, two, three players was sublime. If in doubt check out his performance against Brazil in the 2006 WC for example https://www.youtube.com/watch?v=bkeaw6ooyz0
or

Mbappe is still the apprentice, Zidane is the certified legend.

What’s the equivalent of a pencil rubber for an engraver???

“City, finally, after all these years, are the real deal.“ Kiss of death 😱 Thanks Stuart 😔

“But the question is this: would there be more interest in the competition next season if Sydney FC don’t win this one?”

No, that is not the question IMO. What is going to generate interest in next season’s competition? The current health crisis is putting all sports on notice. Nobody is immune – so as to say.

The whole of football needs to make itself accessible to the population via different technology platforms to maximise eyeballs and interest. And I don’t mean paywall services.

The key to our future is to free ourselves from Foxports – far sooner rather than later. The figure of 8000 watching Fox via its pay service versus ABC viewership is proof enough that going beyond the paywall is our future.

We know Fox don’t want Australian football so we have to be bold and believe in our game.

The ladder doesn’t lie. Welly, SFC and City to win.

Gotta say it’s a veritable who’s who of Aussie players that have made their home at some point in their playing days at the Mariners: Ryan, Wilkinson, Vukovic, Simon, Jedinak, Mori, Amini, Sainsbury, Duke, Rogic, Reddy, Oar, De Silva, Sterjovski. #savethemarinersandtheirsaucebottles

Agree and there could be a range of different models that would benefit the game. I for one don’t want to have to subscribe to yet another streaming service if possible. I would prefer to see an increase in my Optus Sport subscription for the benefit of seeing Australian football. That could be that FFA/A-league on-sells the content (match day video, etc) to Optus Sport who can wrap additional value around it like having Simon Hill and others providing pre,mid and post game analysis. Of course the content could/should be streamed on other channels for a fee. Anyway, exciting times IMO.

Thanks for this very good analysis. What surprised me was the energy that our City boys showed compared to the lacklustre SFC. And the long balls to Wales was a useful attacking option that certainly stretched the opposition. We were able to keep the energy up for the whole of the game which was fantastic and maybe owes a lot to the milder weather conditions compared to summer. A very good 3 points for us.

132 days since City’s last game. I’ve forgotten who our players are 😢 I think you can put the stats book away just for the moment and watch this unfold as if it were a pre-season game. That’s how it feels.

It’s OK to call it ‘football’ but apart from that I agree. The HAL’s best attended seasons were when the comp started in August, at the pointy end of the AFL/NRL seasons!

Does the football fan take their kids to the local junior games or go and watch professional football, e.g. A-league?

When you get to this kind of argument, well, I don’t know what to say. Honestly, as if it’s only a dilemma for football and not for other sporting comps, here and OS??? AFL runs its junior and top tier comps pretty much in parallel and it hasn’t stopped, apart from the current health crisis, attracting tens of thousands to weekend AFL games. Probably similar for NRL. Anybody else exhausted with this silliness?

Nice read. This article spells out the cost per seat. Appears to be about half price compared to existing type design. That’s a starting point then there’s cost of land, etc, etc.
https://www.pitchcare.com/news-media/is-this-the-stadium-of-the-future-italian-architects-unveil-modular-timber-concept.html

Pacific FC is the perfect model for Tasmanian expansion

It shows that Fox is on the nose and many people are turning elsewhere. Why wouldn’t they turn elsewhere when Fox has sacked presenters and neutered its game day coverage.

The only thing you need to understand is this comment attributed to Luke McCoy:

“He stresses the importance of the FFA having complete control and ownership of all media content.”

That is it in a nutshell. Sure it might be rough around the edges to start with production wise, but in the end it will be seen as a defining moment in the evolution of Australian football. Mark my words ⚽ 👍 😊

I think we might hear a lot more of these kind of stories. The cooler conditions of winter allow the players to run for longer and recover more easily. It would definitely see an improvement in the quality of the league IMO.

“Two of the A-League’s hardest working midfielders have backed the competition moving to winter, suggesting performances, fitness and game speed have drastically improved already in the delayed restart to the season.”

That Fitzgerald goal against SFC. I recall that was a sideways scissor kick. One of the better goals of this season actually. Few people seem to be giving a stuff about the A-league at the moment yet the games have mostly been pretty entertaining with some good goals.

Agree. In just a few touches of the ball Kuol looked like he was made to play the game at a high level.

The A-League's fan-base could use an attitude adjustment

A surprising and disappointing aspect over the first few games of the re-started season is the lack of fan engagement during match commentaries here on The Roar. Pretty much silence from many who would previously post. Am I being too sensitive???

Go over to the the AFL tab and it’s business as usual.

The A-League's fan-base could use an attitude adjustment

I’ve forgotten what the A-league looks like 😔
Errr, Shydney is that team from some harbour somewhere?? I’ll pick them
CCM??? Couldn’t Cick a Melon??? Oh, that team with sauce bottle apparently. No, I’ll go for that team from Perf.
Roar. What kind of a name is that 😂 No, Red is a good colour.
And Shydney playing again. Lolz. They’ll do.
Perf against a team that used to be a pile of ashes now called Feenix. Yeah, Feenix is good.

So the banana benders get the grand final. Heck, a madder concept than Trump getting re-elected 😱

Is that ‘The Cattery’ !! You’ve been gone from the football tab for a long while?

Hmmm, you see what I mean. This ‘situation’ has turned our world upside down and my brain to mush 😔