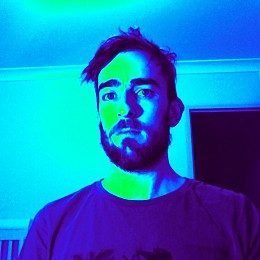 I tried to complete a sports media degree but I found the classes to be too boring. Aussie Rules is the great game, but I'll gladly watch just about any sport. The Collingwood Magpies and the Fremantle Dockers face-off in an intriguing match at the MCG tonight. Join The Roar for live scores and commentary from 7:50pm (AEST). While I’m sure there have been analyses of the best recent picks from the rookie draft, I can’t remember seeing such an examination of the best late-round picks. 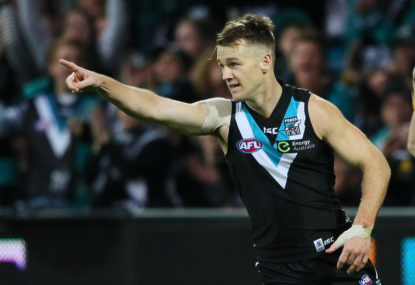 Match result: The Fremantle Dockers have taken their third win in a row, bettering Port Adelaide at home by 17 points on Saturday. 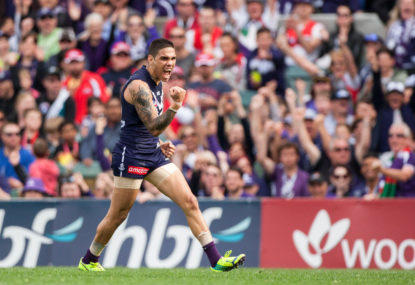 Match result: The Western Bulldogs have gotten away with a 3-point win over the Port Adelaide Power in a close-faught match at Adelaide Oval.

A fit Robben can win the World Cup

Something is missing. Someone is missing. As fascinating a competition as the World Cup is, one of the main features of South Africa 2010 so far has been the lack of individual brilliance displayed.

A fit Robben can win the World Cup

Half way through the calendar year, it’s time to decide what have been the best sporting achievements by Australians thus far. In no particular order my list is as follows.

South Africa’s cricket team claims to have shed the ‘chokers’ tag. I see no evidence. Another significant international tournament, another Proteas team in fantastic form and progressing well.

Very true, Chief. The article was starting to get a little long, so I didn’t go into any detail about the chances of GWS ameliorating their issues with player retention. Brisbane had similar issues a few years back, which they seem to have overcome by recruiting players who they believed they could retain long-term. Back to back top 2 finishes certainly help, of course.

Apart from Josh Kelly – who is arguably overrated anyway – there’s nobody on the list who is out of contract with suitors lining up. You’d think that GWS have less salary cap pressure than in recent years as well. Further, players (hopefully) won’t have a reapeat of the lifestyle difficulties and ‘homesickness’ experienced last year in the hub. So, if they make finals again, I think there’s a good chance they can hang on to almost all of their young talent.

My tip is a run fest – I think the Strikers will win by chasing down 200+.

From watching their games it seems that the areas letting Geelong down are a lack of collective defensive pressure from their forwards and a lack of a leg speed in transitioning the ball out of defence. Whilst I was very impressed by Lincoln McCarthy (who could almost be regarded as a first year player), I don’t recall Motlop, Kersten, Menzel or Lang making a lot of tackles. Jimmy Bartel seemed to have a better crack as an elder statesman. Cory Gregson averaged 4.5 tackles a game this season, so I’d be getting him back in the team.

My second point is less of a concern as during the majority of our games our kicking out of defence seemed to work pretty well. However, when opposed to teams who would drop a spare man behind the ball and negate long kicks forward, we seem to really struggle in transition to offence – who is breaking the line and carrying through the middle part of the ground?

So to me it seems that the areas in which we need to improve personnel are forwards who can contribute going both ways (how impressive has Clay Smith been???) and defenders (or wingmen) who can provide a bit of leg speed.

In terms of improving what we already have, I think Jed Bews is under-rated and looks like he could develop further as a rebounding threat. The return of Thurlow may also be helpful in this regard. In terms of forwards, hopefully Gregson and Lang can continue to improve their defensive pressure as their aerobic capacity increases.

However, ideally, we might be able to do an old school player swap where we address one of our needs without losing a player who is genuinely key to our structure. The question is, then, who is available that addresses either of these needs? I’m not sure there are many players unfortunately.

Chris Mayne provides good defensive pressure, but seems to have lost the ability to kick multiple goals. Mayne for Kersten? Could Boomer provide some dash on the wing and also chip in with a couple of goals? Will Hoskin-Elliott?

In terms of defensive rebound we could possibly try David Mackay if he was delisted? Rebounding defenders are very much in demand, so there isn’t really anyone who is actually that good who will be available.

In saying that, Dangerfield and Selwood generally covered up all our problems pretty well. However, if we want more midfield depth via trading I’d be looking at either Wells or Michael Barlow. I don’t know what Ross is thinking there.

Holes, they have a few: Geelong's second straight high stakes off season looms

That’s all from me tonight folks – thanks for joining the Roar this evening!

I don’t really want to give anyone votes tonight, but here goes!

3: Adam Treloar – Made 7 tackles, and did well to gather 33 touches. Although his disposal was sloppy on a number of occasions, Treloar was the most influential player in this match.
2: Scott Pendlebury – Had 26 touches, and was very clean with the ball in tricky conditions.
1: Brayden Maynard – 22 touches, 12 marks and 6 tackles, he had a strong game in the wet.

And that ends a dour affair.

Collingwood win convincingly tonight in a scrappy contest. They play Carlton next week in what should be an exciting match at the G. Fremantle have a week off, before travelling to the Northern Territory to face the Demons in Round 15.

Tom Phillips tries a drop punt from the boundary line but hits the post.

Ballantyne takes a mark on the lead. He goes back and kicks the set shot from 50m.

Attendance for the match recorded at 20,320. Collingwood’s smallest crowd at the MCG since 1940, apparently.

Mason Cox with a backheel nutmeg. One for the round ball enthusiasts!

James Aish takes a chest mark 40m out. He goes back and kicks the goal. Collingwood are dominating the last quarter here.

Travis Cloke takes a mark on the lead just inside the boundary line. Goes back from 50m and nails the set shot! The crowd roars – the highlight of the game so far.

Mason Cox clunks a strong contested mark on centre wing. Collingwood go inside 50 and the ball spills out to Josh Smith. He dribbles through from 30m out for an easy goal.

After Collingwood win the clearance, Jesse White takes a mark on his chest after a good kick to advantage. Goes back and drills the set shot from 25 metres as the rain falls at the MCG. Collingwood will win tonight.

Adam Treloar takes a mark inside 50 after Collingwood break through the corridor (for once). Goes back and nails the set shot. Fremantle look done here.

Matt Taberner clunks a mark just inside 50 but his kick fails to make the distance. Collingwood go up the other end but Tom Phillips hooks his shot under pressure.

After a sustained period of territorial advantage, Pavlich crumbs a boundary throw-in and snaps a goal. Fremantle still alive!

Fremantle win the first clearance of the quarter and kick deep inside 50. Pavlich wins a holding the ball free kick for a tackle on Ben Reid, but hooks his snap from a tight angle.

We’re about to get back underway for the final quarter. Whilst a Fremantle victory is not beyond the realms of possibility, they’ll probably need to kick 6 goals to win. They’ve scored 3 in three quarters so far.

This game has been very scrappy. Fremantle lifted in that quarter, but the overall quality was pretty low from both sides. Only the one goal scored.