All Blacks assistant coach Steve Hansen accused Australian referee Stuart Dickinson of “guesswork” against Italy and called on the International Rugby Board (IRB) to reconsider the scrum laws.

The All Blacks remained annoyed at the volley of scrum penalties handed Italy’s way by Dickinson in their 20-6 win at San Siro, when it appeared Italy prop Martin Castrogiovanni dominated his opposite Wyatt Crockett who was subbed off in the 59th minute.

Not only did the All Blacks feel Castrogiovanni was boring in on Crockett, but also that he was binding around Crockett’s neck.

“The problem the refs got at the moment is they’ve been told (by the IRB) they can’t have too many resets. So as soon as it falls over if they’re not good at it they’re going to guess,” Hansen said as the team arrived in London on Sunday.

“A guy guessed yesterday and it’s unfortunate because he guessed wrong a lot of the time.”

All Blacks coach Graham Henry yesterday described the last five minutes of the Test as “a farce” as Dickinson reset several Italy attacking scrums and sent prop Neemia Tialata to the sinbin.

Italy coach Nick Mallett was in turn incensed that his side weren’t awarded a penalty try by Dickinson.

“Eighty-thousand Italians thought there was going to be one, at the fourth penalty. But you know what the laws are, we’re not allowed to criticise the referee’s decision,” Mallett said.

South Africa’s Jonathan Kaplan will control Sunday’s (AEDT) Test against England at Twickenham, with experienced All Blacks loosehead Tony Woodcock likely to return from a back injury.

Said Hansen: “We’re comfortable with whatever ref we get and you’ve got to take it on the chin and move on.

“I understand why the IRB want to have less resets, they’ve just got make sure that guys aren’t guessing. If they’ve got to guess then they should just reset it.”

Damian McKenzie has been in and out of the All Blacks for a few years, though he has been unable to carve out a consistent place in the 23.

The All Blacks and New Zealand Rugby are set for a mammoth private equity injection after a historic vote to sell a minority share in the game’s commercial interests. 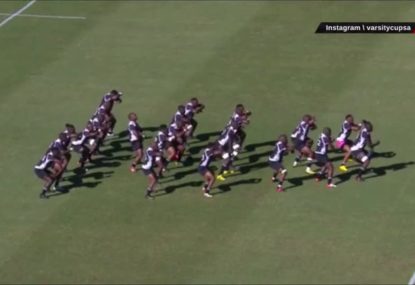 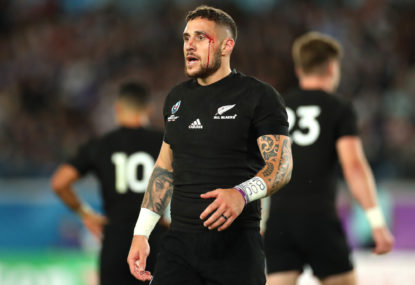