Semi's leaving, the sky is falling - just like last time, and the time before that...

Rugby league appears willing to revere and forgive anyone who stands even slightly above the pack for fear they will leave in search of greener pastures.

Much of this paranoia started over a decade ago, with the triple rugby-poach of Lote Tiquiri, Matt Rogers, and Wendell Sailor as a fairly successful marketing ploy to prepare for the home 2003 Rugby World Cup.

AFL came from left field and attempted a marketing stunt by throwing stupid money at Karmichael Hunt and Israel Folau to convert and drum up support for new franchises. Both have now moved on from this unsuccessful experiment, but have yet to return ‘home’ to rugby league.

Each time a phenomenal athlete left our game, scaremongers in the media seized these fleeting moments to shout from the rooftops that sky is falling on rugby league club.

With the year the once mighty Parramatta Eels have had, you could excuse some for actually believing that narrative. Brad Arthur must feel like an amateur boxer who took a fight against the champ at short notice – the hits have been coming from angles that he didn’t know existed, and they haven’t stopped.

Semi Radradra’s exit is yet be decided – he’s Semi in, Semi out – so the scaremongers are selling papers predicting doom and gloom once again, and we are buying it.

The situation is now completely untenable for both sides, if he actually comes back, that is even more of a farce. The real question is, why do we care?

Yes he is a great winger, and until recently the only shining light in dark times for the Eels. But the very reason why there are Semis, or SBWs or, Gasniers to leave this great game is the exact reason for everyone to take faith and move on already.

The next Semi isn’t around the corner, he is already here. Tune in and watch any game in the NRL this weekend, the standard is unbelievable and the athletes are world class. No wonder every man, his dog, and even the mighty All Blacks are knocking on the door. 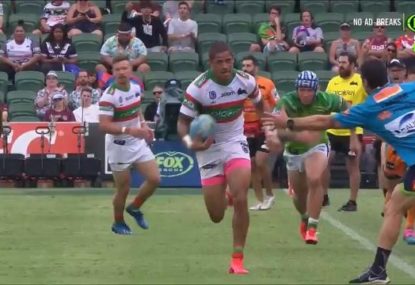 Despite being dangerous under the high ball and scoring a try, Steve McNamara was most pleased with his defence. 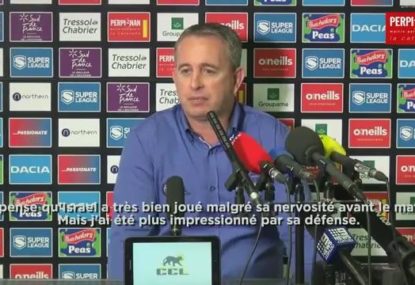 After a 10-year hiatus from rugby league, Israel Folau put his recent controversy behind him to score for his new club Catalans in the English Super League. Folau’s new team Catalans Dragons easily defeating Castleford 36-18. 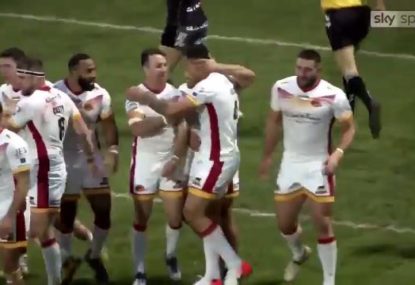 Graham Annesley left to explain yet another major refereeing error

NRL’s head of football is confident errors will not plague the season proper. 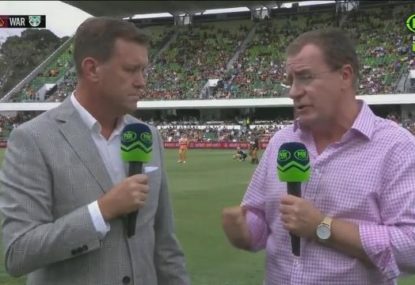 Graham Annesley left to explain yet another major refereeing error

North Queensland won their second Nines trophy with a 23-14 win over the Dragons in the final. 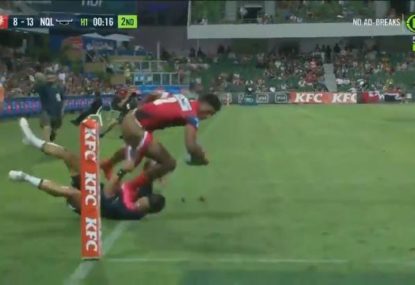