The Bellprint: Pittsburgh’s path to an upset victory

The best players have a habit of making NFL Sundays feel like rec league Tuesdays.

They make it all look so easy, seem so simple, like slowly climbing a steady ladder – calmly processing each necessary movement and, most importantly, taking their sweet time. Because with 11 men trying to kill you and millions watching, what’s the rush?

This is the experience of watching Le’Veon Bell. He doesn’t just take his time – he stands over time and then picks it up and lightly caresses it in his hands, making it an obedient animal.

For some players, the NFL is a track meet, and for others it’s a boxing ring. For Bell it’s a physics class. While others excel through violent speed or violent strength, Bell succeeds by manipulating the time-space continuum, moulding it to suit his needs. He’s America’s answer to Scott Pendlebury and Marcus Bontempelli.

Unlike those two, however, whose mastery of time seems to have been born as an evolutionary necessity to compensate for the lack of twitch in their legs, Bell is as quick as anyone in the league. His legs alone could have made him great. His patience, though, makes him transcendent.

No one, not even Drake, goes zero to 100 like Le’Veon Bell. He waits for his moment, and waits some more, like an alligator searching for a Japanese tourist, and then he tears the life out of you with blazing pace, leaving the ground and the opposition singed.

He kills you gradually and immediately – a workhorse who can grind out 30 carries a game and wear you down into nothing, but also one who can finish you with a single run.

After carrying the ball 100 times in his first six games, the Steelers made Bell and not Antonio Brown the focal point of their offence, giving him the ball on the ground 161 times in his last six games of the regular season. He’s carried the ball 59 times in the playoffs for 337 yards and a pair of touchdowns, making him the postseason’s best player outside of the dragon in Wisconsin.

With respect to David Johnson and the crime that Ezekiel Elliott committed against Clay Matthews and the Matthews family on the weekend, Bell is the game’s best running back. His dynamism as a receiving option – 75 receptions for the season (eight fewer than Julio Jones, in two less games than Jones) – makes him one of the most complete running backs in NFL history. 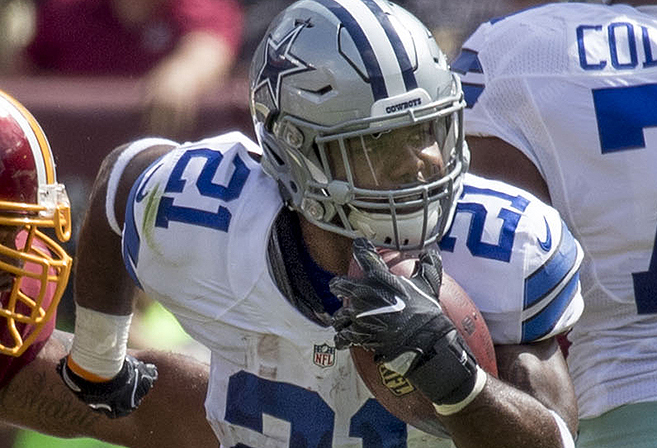 This weekend in New England, the best wide receiver in the game, a two-time champion quarterback, and perhaps the greatest player the game has ever seen will all feature, and there’s a good chance that Bell will be the best player on the field.

Pittsburgh’s blueprint to get to the Super Bowl is a Bellprint – they’ll need to put the ball in his hands, out of Ben Roethlisberger’s strangely inconsistent ones, and keep Tom Brady off the field.

The Steelers have a clearer path to victory than most six-point underdogs playing on the road against a 15-2 squad. The offensive line has been Pittsburgh’s steel curtain, the best and healthiest it’s been in years, and New England’s mediocre pass rush likely won’t trouble them.

The Pittsburgh defence, shockingly, is now fifth in DVOA and the best unit remaining in the playoffs. Whitney Mercilus had success causing chaos on the weekend against the Pats, and Ryan Shazier, Lawrence Timmons and Bud Dupree will all like their chances of making Brady release the ball split seconds before he’d like to.

The Patriots were poor in defending the pass all season, and Brown will likely feast on a steady diet of intermediate receptions.

Bell, though, remains the key. The Patriots have an elite rushing defence, but so did the Giants and Ravens, and neither of them could contain Bell. No one can, and Pittsburgh’s best hope is for that reality to become especially real for New England on Sunday.

Would you rather have Dak Prescott or Carson Wentz? The question has divided opinion since both entered the league in 2016. 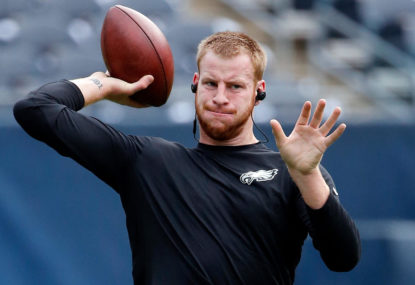