Don't count on France, but it's semi-finals or bust at Wimbledon for Nick Kyrgios

Scott Pryde
Expert
14th May, 2017
3
Join the conversation
Advertisement
Write for The Roar

Nick Kyrgios is in the form of his life and while it’s hard to know what to expect from the clay-court season and French Open, anything less than a semi-final appearance won’t be good enough come Wimbledon.

Kyrgios has Lleyton Hewitt to thank for his incredible 2017 transformation, with Australia’s Davis Cup success over both the Czech Republic and the United States of America playing a huge role in his new-found attitude.

The world No.20 has said as much to the press, and his ranking would have been higher if not for a few weeks off due to fatigue and family matters.

Kyrgios will be undoubtedly underdone for the clay-court season – you can’t skip the first three weeks and expect to come out at the top of your game – but then again, it’s hard to get a read on his form based on efforts in Madrid last week.

He and Jack Sock were incredibly strong playing doubles, knocking over the best in the world in Mike and Bob Bryan, while Kyrgios also had a pair of straight-sets wins in his return to singles tennis, before going down to Rafael Nadal.

Right now there is zero shame in losing to Nadal, who is mirroring the form of his life on his favourite surface. In fact, right now you would say Nadal is a dead certainty to win the French Open for a ridiculous tenth time, breaking his own record.

That’s another story for another day though. Right now, we are focusing on Kyrgios.

The Australian will this week play at the Italian Open and with reports also filtering in that Kyrgios has finally signed a coach – something he admitted to needing after an embarrassing Australian Open exit – things are looking up.

Reports state that former world No.4 Sebastien Grosjean has been brought on board and that he will start working with the Australian from this week. 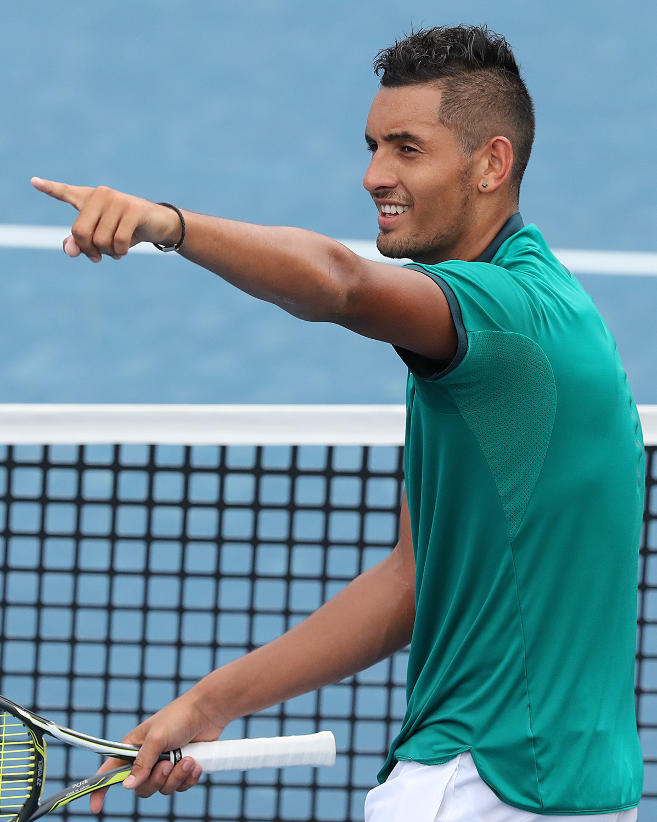 It’s difficult to put too much expectation on anything in the short term or Grosjean having such an influence that Kyrgios’ clay-court game improves to the extent of making a deep run in Paris. However, with another tournament under the belt, anything less than the fourth round would be a fail.

From there, it will be to the grass courts. Kyrgios has won nearly 70 per cent of matches on the surface that holds the most famous tournament in tennis, and he will always be remembered for his incredible victory over Nadal in 2014.

That’s not the half of it for Kyrgios though. He has also upset last year’s Wimbledon runner-up Milos Raonic at the tournament and made the fourth round last year, before being smoked out by Andy Murray.

His form before running into the British brick wall wasn’t bad though. While the match against Murray was a flop, Kyrgios’ attitude now compared to what it was 12 months ago has done a 180-degree turn. He is almost a completely different and re-born player and person.

The thing that makes you sit up and take notice of Kyrgios is his ability to turn a match on its head in a matter of shots. He can produce everything. From his booming serve, which is among the best in tennis, to his wild stroke-making, not much can stop the Australian – especially on faster surfaces. 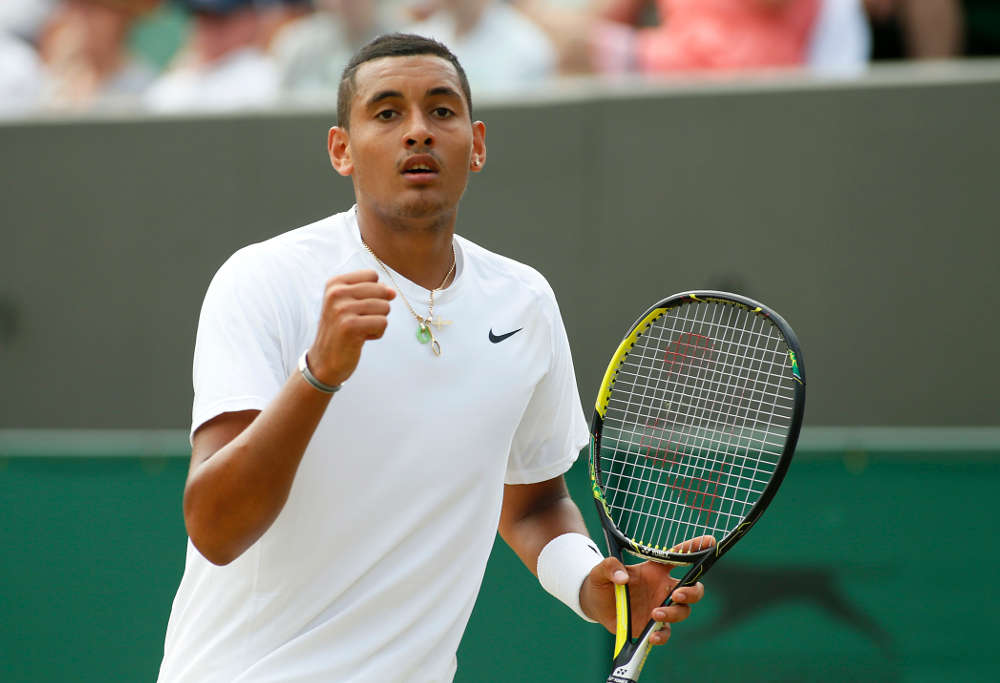 He has shown it at the Davis Cup first and foremost this year, with his victories over Sam Querrey and John Isner in the USA tie particularly impressive. But it wasn’t just those matches.

While the hard-court season in the USA and the grass courts in the United Kingdom are different beasts, they are similar enough that assumptions can be made about Kyrgios’ form. If he can keep in touch throughout the brutal French Open and then rest up, there is no reason he won’t be able to replicate his USA season form.

From two victories over Novak Djokovic, to taking Roger Federer to three sets, and numerous deep runs in tournaments against the best players in the world, Kyrgios did it all – apart from winning a tournament.

While a grand slam is a different beast to ATP 1000 or 500-level tournaments, it doesn’t change the fact Kyrgios has strong performances to his name against many of the world’s top stars so far this year.

For that reason, a deep run in Wimbledon is necessary, but I’m also hesitant to say he will win the thing. And it’s doable. It’s realistic, which is not something which has been said before. Sure, it’s always been possible, but it’s never felt realistic.

This time it does. It’s all up to Nick to get the Australian public behind him, train hard, work with his new coach, and smash the two weeks in Wimbledon.

It’s the semi-finals or bust in 2017 for Kyrgios at the most famous tournament in tennis.

And I reckon he’ll get there. 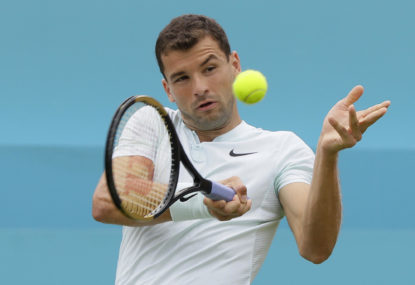