The big ins: A halfway report card on the big player movements of 2017

It’s halfway through the NRL season and that’s a good time to look back at the big player movements for the 2017 season.

Everyone has had time to find their feet in their new sides, although this may yet change up until June 30.

Who got it right with their recruitment this year? Who wished they could do have another go? Here’s a breakdown of the big name moves, and the odd lesser light who has provided value.

Aced it
The St George Illawarra Dragons filled big gaps in their rosters and the trio of Paul Vaughan, Cameron McInnes and Nene Macdonald have been among the Red V’s better players week in and week out. In particular the go forward of Vaughan and the crisp service of McInnes have provided room for a revitalised Gareth Widdop to flourish. 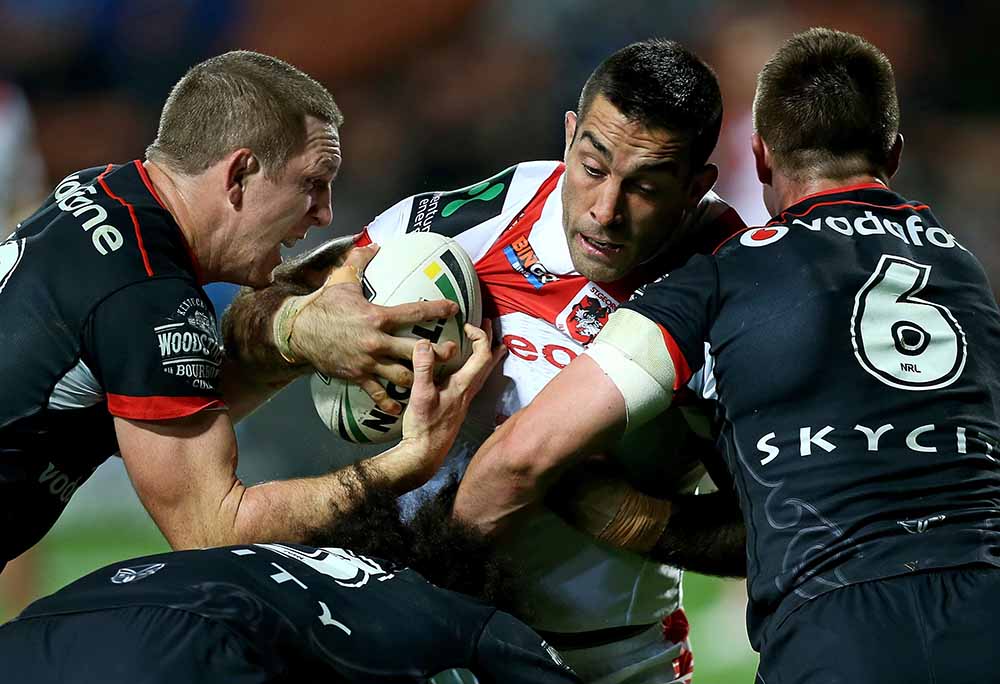 The Sydney Roosters would be happy too, with Michael Gordon and Luke Keary having an immediate impact and both consistently in man-of-the-match calculations. Zane Tetevano and Paul Carter have added depth to the pack and as yet neither has been arrested. All up, the Roosters would be crowing.

Perhaps more of a surprise in the recruitment market is the Brisbane Broncos. All the preseason talk centred on Benji Marshall, who essentially provided Origin and injury cover until his star turn on the weekend started conversations about the Broncos’ best halves combination.

The addition of David Mead and Tautau Moga has brought pace and size to the backline. Korbin Sims has added the muscle they were short on up front and at the bargain price he’s reputedly on would be one of the better value buys of the season so far.

Quiet but effective
Melbourne Storm were quiet on the recruitment front, but in true Storm fashion there was strategy in adding Josh Addo-Carr who has been a great pickup. Throw in youngster Ryley Jacks to offer halves depth and the Storm would be pleased with their short list of additions.

Canterbury-Bankstown Bulldogs would have been pleased with the addition of Brenko Lee from the Raiders, as he’s been excellent for them. Not a like-for-like replacement for finisher Curtis Rona, Lee has brought aggressive defence, creativity and a great offload to the Dogs. And they need it.

Busy but mostly good
Manly Warringah Sea Eagles would be pleased with some recruits, particularly the calming presence of Blake Green in the halves. Brian Kelly has been a revelation in the centres, Akuila Uate has remembered how to both catch and run, while Curtis Sironen has found the kind of straight running the Tigers wanted for two years.

Jackson Hastings has provided spark off the bench when used. So far, so good. But Shaun Lane, Lloyd Perrett and Jarrad Kennedy have been used sparingly and their role as depth players is almost assured. Perpetual backup to the backups, Jonathan Wright, has not yet been required. Overall better than not.

Parramatta Eels would be chuffed with the transformation of Nathan Brown from angry penalty magnet at Souths to hard running Eel lock with tremendous ball skills.

Josh Hoffman has found his spot on the wing, Suaia Matagi was a great addition to the pack, Kirisome Auva’a has been solid in the centres and recently recruited Mitchell Moses looks good in the blue and gold. Siosia Vave has been good without setting the world on fire.

The same could be said of Frank Pritchard. Will Smith has not established a place in a very talented backline and George Jennings has yet to get a run.

Gold Coast Titans have had a mixed time of it. Jarrod Wallace has grown since leaving the Broncos and his inclusion as Queensland’s 18th man for Origin 1 is well deserved. Kevin Proctor has generated headlines more off the field than on, but his on-field work has been busy and effective.

Their other major recruits, Englishmen Joe Greenwood and Dan Sarginson have been affected by injury or form, while Daniel Vidot has struggled to get a start in a team with one of the NRL’s longest injury list. While that looks like more negatives than positives, the form of Wallace and Proctor have added plenty of value.

A toe in the water, with mixed results
North Queensland Cowboys brought in Ben Hampton as a utility and he plays that role well enough. Shaun Fensom has worked his way from the reserve grade comp to the bench.

While this doesn’t sound bad, it wasn’t that long ago that some were calling for this 80 minute workhorse for representative recognition. Can he recapture that kind of impact?

South Sydney Rabbitohs’ big signing Robbie Farah has been the best hooker at his club some weeks, second best behind Damien Cook on others. 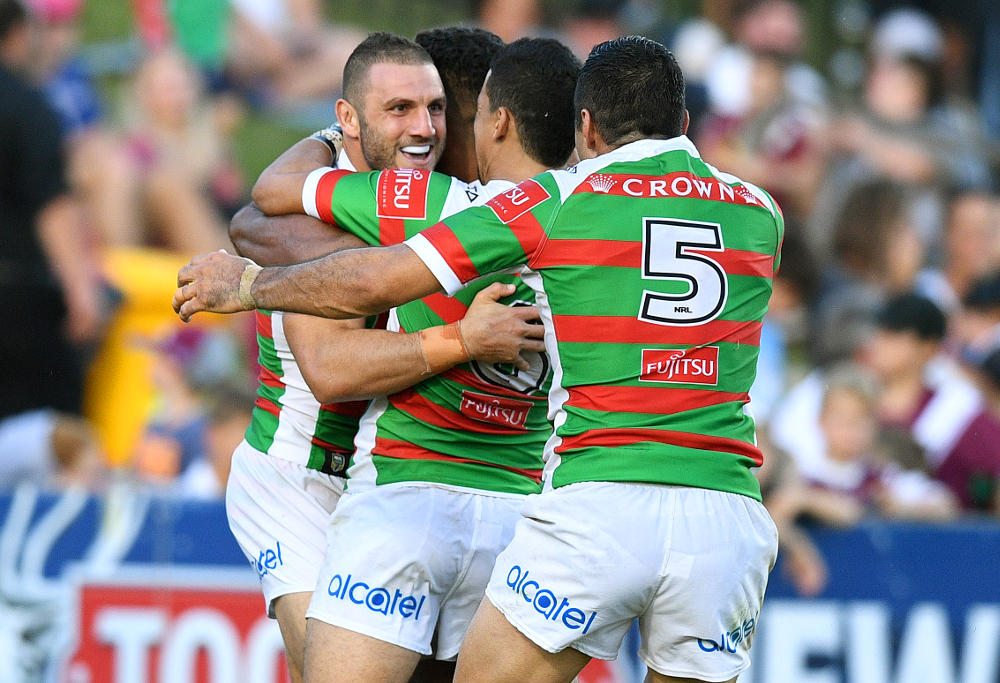 The other recruits have been less high profile, with Robbie Rochow looking like he’s undersized when being asked to play in the middle, Robert Jennings doing his best in the backs and Luke Kelly only used the once.

One upside, regardless of his form which has been reasonable, is the sight of Anthony Cherrington back in the NRL after a horrendous series of injuries.

The Warriors have Kieran Foran temporarily. Is this a good thing or not? The man is a mixed result all by himself. He can play, although the first few rounds he was ruled out, and when he does he can be brilliant.

A good signing? On talent, yes. On the premiership table, no. And does the sight of Tui Lolohea running around for the Tigers hurt the Warriors fans?

Wests Tigers picked up the aforementioned Lolohea who has had just a single game, but is a great fit for a club that has been picking on potential for years. Matt McIlwrick has provided excellent injury cover in the hooking role without being a world beater. And Jamal Idris made plenty of headlines on his return, before playing a mixed bag in the handful of games he played before injury ended his season.

Wishing they could go back in time
Newcastle have had reasonable returns from Ken Sio. Who was expecting to say that at the midway point of the season? Jamie Buhrer was his usual reliable standard before injury and Rory Kostjasyn didn’t even get that chance, injured before playing a game.

Josh Starling and Anthony Tupou have provided exactly the kind of impact you’d expect from a couple of stagers well past their best. Injury have robbed the Knights of getting reasonable value, but you can’t say their recruits have set the club on fire, as their place at the foot of the table attests.

Cronulla Sharks have only themselves to blame for recruiting Tony Williams, but you have to feel for T-Rex ruining his knee, season and chance of a fresh start in the single game he played.

Jeremy Latimore has been a fair contributor off the bench but Edrick Lee continues to struggle with ball handling and defensive positioning. Manaia Cherrington and Daniel Mortimer have yet to be sighted. One performer from five? Not good.

What were the Penrith Panthers thinking, letting go Suaia Matagi and Jeremy Latimore to secure James Tamou? The former Cowboy has hardly flourished and certainly hasn’t been the forward leader they recruited him to be.

Mitch Rein has had one game out of the reggies, although he looked pretty good in that. When your other recruits are Tim Browne and Michael Oldfield you need the bigger names to produce. Sadly, they haven’t.

And the Canberra Raiders looked to add depth to their imposing pack. So they traded Paul Vaughan for Dunamis Lui and took a punt on Dave Taylor. With Lui injuring his knee and Taylor producing the single game for the club, they are at the bottom of this list for a reason.

What are your thoughts, Roarers? Who has traded well? Who has had the best impact? I’d love to get your take on it in the comments below.