The passing of Mr Football: Les Murray, Australia and the World Game

“The growth, popularity and success of football in Australia today is absolutely a reflection of [Les Murray’s] passion and advocacy for the game he loved.” – SBS statement, Jul 31, 2017

It is important to stress this: the word football. A word associated with the pure use, aesthetic, skilful, or clumsy, of feet, legs and head (leaving aside arms), but which means different things to different audiences – and countries. In Australia, it became soccer, and, as it did in the United States, assumed the status of an invalid, not rising beyond an amateur status until the league was formalised.

Over the decades, there was one distinct name in the commentary box that broadcast through the stands and in the homes of immigrants and naturalised Australians: Les Murray. Not that it was his original name, one shared with Australia’s foremost poet. (At times, there was confusion.)

Neither the man, nor the sport he commentated upon, were understood as what they were in Australia. One was Hungarian refugee László Ürge; the other was football, at times as alien on Terra Australis as the European fox.

For the people who listened to him, there was only one universal sport, the top banana in the teeming plantation. His message was a universal one, albeit delivered from the undergrowth of ethnic cover, the secure barricades of the station called SBS.

If any extra-terrestrial could play a sport, it would surely be football, rather than the cacophonous rabble of an Australian rules skirmish, or the bruising, physical mania of rugby league. Football was the only true ‘World Game’ for Murray, a point he insisted on as an article of faith. 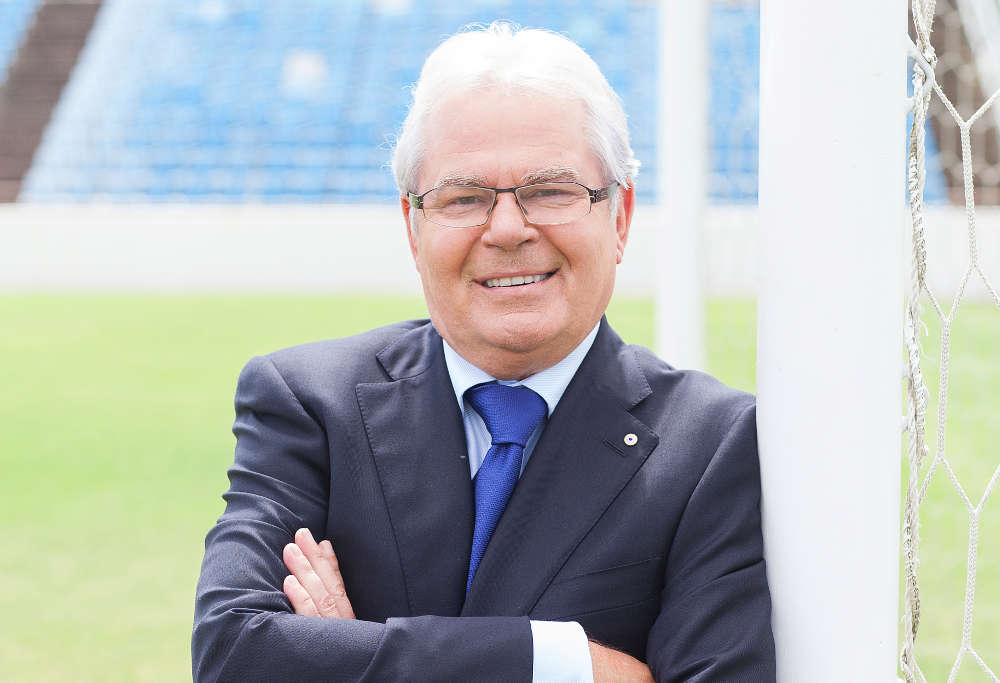 His link with Australia is that of promoter, converter, industrious immigrant who fled Hungary as a refugee in 1956 after Soviet tanks flattened a reformist communist government keen to direct its ire against Stalinism. But it was not politics that lingered on the brain as an Australian arrival, except in one instance: the man who assisted his family flee across the Austro-Hungarian border.

“I owe him by freedom,” recounted Murray. “I get this stuff about protecting our borders and all that – I get that. But one of these days we’re going to have a look at ourselves in the mirror and ask: what kind of country is it we’re actually trying to protect?”

On arrival in Wollongong, his missionary work began. “I started on this mad mission to convert Australians to football in the schoolyard. That’s where it started, not when I became a broadcaster, that was just the continuation of it.”

With the launch of the National Soccer League in 1977, Murray could bathe, wash and breathe in the game he adored to distraction. He could even earn from it.

Sorties on an unsuspecting Australian populace were initially launched from Channel Ten. In 1980, he found his journalistic stripes for SBS, having had a stint at the now defunct The Sun. There, he joined former Australian Socceroo Johnny Warren, another football missionary. From 1986, he began the coverage of what would amount to eight Football World Cups.

Together with Warren, the world game was pushed through with proselytising dedication. Updates were compiled with encyclopaedic thoroughness on a weekly basis, giving audiences their weekend fill on matches that had taken place on the other side of the globe. As much of a global, trans-continental focus was sought and conveyed. “If Les hasn’t seen every match ever played,” wrote Graham Williams in 2006, “he certainly remembers every detail of those he has.”

Writers and sports commentators more familiar with the Anglicised breed would stumble over names Warren’s continental tongue would wrap around. “No-one could pronounce club names like Fenerbache (Turkey)[sic], Pannathinaikos (Greece)[sic] or Kaiserslautern with such accuracy and panache as Murray,” remembered sports reporter for The Australian, Ray Gatt.

Then again, he simply tried in a way Gatt, evidenced by his efforts at spelling those club names, did not.

It was a love so striking as to be blinding, perhaps indifferent to the muddying guise of sports governance. Murray’s association with FIFA’s ethics committee was deemed self-defeating, a wolf masquerading as a principled vegetarian.

The Saturday Paper certainly thought as much as the entire FIFA edifice seemed to be crumbling before prosecution writs and investigations from anti-corruption authorities. His response involved a reflection on that insular Australian tendency to “beat up on each other” notably “every time a stink bomb goes off in Zurich”.

FIFA, he explained, could be reformed from within, and rather than “barking from the outside”, he was keen on fixing matters gone rotten from the inside.

When speaking to the Lowy Institute in August 2006, Murray explained that Australia’s role in the World Cup had invariably improved its image globally. The World Game assimilated Terra Australis; the island continent gave in return. Australia was, at long last, at home.