Like the name entrenched in the side, Samoa has gone from strength to strength over the past four years following a promising 2013 RLWC campaign. Matt Parish has held the position of head coach during this World Cup cycle and has named a 24-man squad that is capable of causing some damage in 2017.

In 2013 Samoa finished second in Pool B only behind New Zealand after winning two of their three pool games. Their only loss during the pool stages came against the Kiwis in a match that produced some of the best highlights of the tournament. Samoa’s campaign ended in a 22-4 loss to Fiji in the quarter-finals; however, this equalled their best result at the tournament.

The following year a rematch of the quarterfinal took place during a mid-year test to determine who would join the big three in the 2014 edition of the four nations at season’s end. Samoa exacted revenge with a 32-16 win over the Bati and went on to produce a memorable performance at the end-of-year tournament, going within a whisker of producing mammoth upsets over both England and New Zealand.

It was at this moment whispers could be heard in the rugby league community saying that maybe the three major players on the test scene might have a few more companions in the near future, one of which could be Samoa.

A mid-year Pacific test continued in 2015 between Pacific nations and since then Samoa has recorded two victories against Tonga. Their last two test matches have resulted in losses against Fiji and England; however, the squad assembled for this World Cup is a strong team filled with seasoned NRL and Super League stars that will no doubt be more than competitive in 2017. 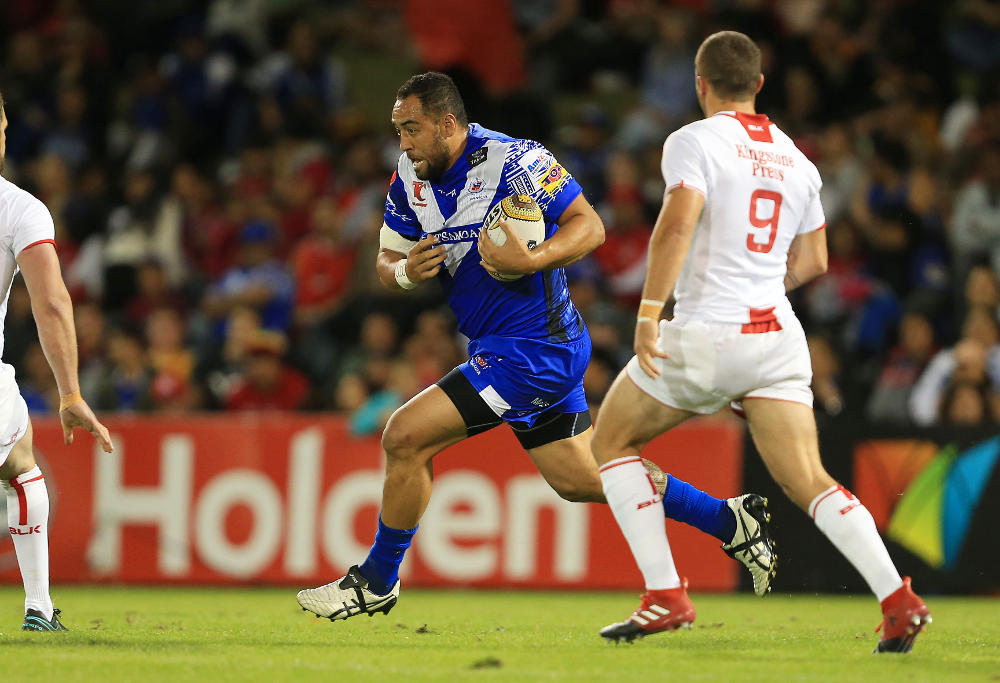 Coach Matt Parish has named only nine players who took the field during the 2013 RLWC. Frank Pritchard has been named as captain and leads a very intimidating forward pack that includes the two heavyweights from Canberra in Josh Papalii and Junior Paulo. Ben Roberts will take part in his third World Cup and this time will be partnered by Cronulla Sharks utility Joseph Paulo, who was surprisingly picked ahead of Bulldogs-bound livewire Fa’amanu Brown. There are experienced first-graders listed throughout the squad, ensuring that the team has depth to be called upon as necessary.

Key player
The Raiders connection of Joseph Leilua, Junior Paulo and Josh Papalii will provide a lot of the aggression and intimidation for the Samoan side, not just during the Siva Tau but throughout the 80-minute contest itself. Opponents will certainly know they’ve been in a battle with these three men out there. When Joseph Leilua is in peak form, he has the ability to be the most damaging centre in the game, and if he can produce the type of performances he is capable of, he will be the most influential player during matches featuring Samoa. 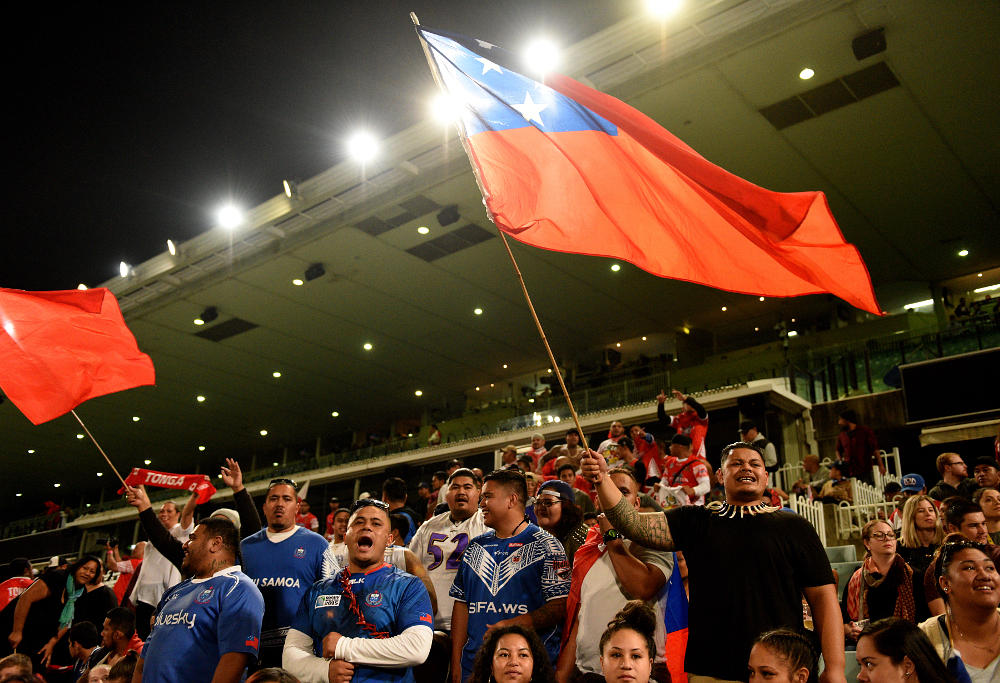 Key match
When the pools were first drawn one of the matches that most rugby league enthusiasts would have circled is the Pacific battle between Samoa and Tonga. This will no doubt be a fixture that Toa Samoa will be earmarking to win and one that will lift the roof off Waikato stadium from the moment the teams walk out.

Samoa have never lost to Tonga in a World Cup, but with the talent named in the 2017 Tongan squad, that record may be at risk. A victory here might also avoid a must-win final group game against Scotland, which is pressure that Parish would rather evade.

RLWC 2017 prospects
On the back of strong performances since the last World Cup, Samoa will be aiming to reach unprecedented heights during the 2017 event. They’ve shown that they can match it with the big boys at major tournaments, and it doesn’t get any bigger than this.

They have been placed in what appears to be the most competitive pool; however, I expect them to reach the quarter-final stage at the very least. If Matt Parish can get the best out of his men, this side can certainly cause a few upsets and may find themselves in a World Cup semi-final.

NRL clubs based in NSW and the ACT will be sent back into a biosecurity bubble with hopes that travel to and from Queensland will be allowed to continue.

Dean Pay has resigned as coach of Canterbury with the struggling Bulldogs stranded at the bottom of the NRL ladder.