Josep Gombau was a charismatic and popular coach who won fans over with his infectious enthusiasm and attractive football, but can he be a success at the Western Sydney Wanderers?

To answer that question, it is worth revisiting the key characteristics of the Adelaide United team of 2013-15, who played arguably the best football in the A-League during that time and won the inaugural FFA Cup.

This laid the foundations of ‘Barcelaide’ that Guillermo Amor would maintain (but also tweak slightly) in the season following Gombau’s departure, where they won the Premiership and Championship after going without a victory in the opening eight rounds.

‘Barcelaide’, a nickname inspired by Gombau’s Barcelona influence, were obsessed with possession. Right from the start, Gombau instructed the team to retain the ball for long periods, trying to break teams down with long, patient passages of passing.

The objective was to try and draw the opposition up to press in Adelaide’s back third, creating gaps higher up the pitch for the midfielders and attackers to receive the ball in and thus be able to create more dangerous goalscoring opportunities.

Another intended effect was to tire the opposition by making them constantly move across the pitch to defend Adelaide’s passing moves, induce fatigue, and then capitalise on these moments. Sometimes it worked brilliantly – especially when they played forward with pace and speed – and sometimes it was slow, sterile and ineffective.

It took time for Gombau to adapt the side to his style of play. As he did, the role of Isaias, a Spanish midfielder signed in Gombau’s first season, became crucial. Isaias, a single number six, was responsible for directing Adelaide’s build up from the back. When teams pressed high, he moved into positions off the blindside of the pressing players where he could receive a penetrating pass that ‘broke’ the press and allowed him to face forward between the lines.

Other times, often against teams that defended deeper, or – such was his influence – against teams that man-marked him, he would move into positions to create space for another defender to bring the ball forward. He was particularly clever at rotating into wider positions, dragging a man-marker away and creating space for a centre-back, like Osama Malik in the example below, to drive forward into the midfield zone.

The six was a complex yet critical role in Gombau’s football, and throughout his entire tenure, no player was trusted in the way Isaias was to occupy that position. That Isaias has adapted to different roles under Amor and now Marco Kurz and remained an Adelaide mainstay testifies to his quality.

So will Gombau introduce a single six at the Wanderers? While Tony Popovic evolved the side towards a playing style based on neat possession play, he kept with the 4-2-3-1 formation used from day one of the club’s conception.

In their current system, Chris Herd and Kearyn Baccus share the responsibility for facilitating the build up as dual sixes. They’ve both had good starts to the seasons – getting free between the lines, connecting the side by creating triangles with the back four, and calmly distributing the ball forward into advanced positions. 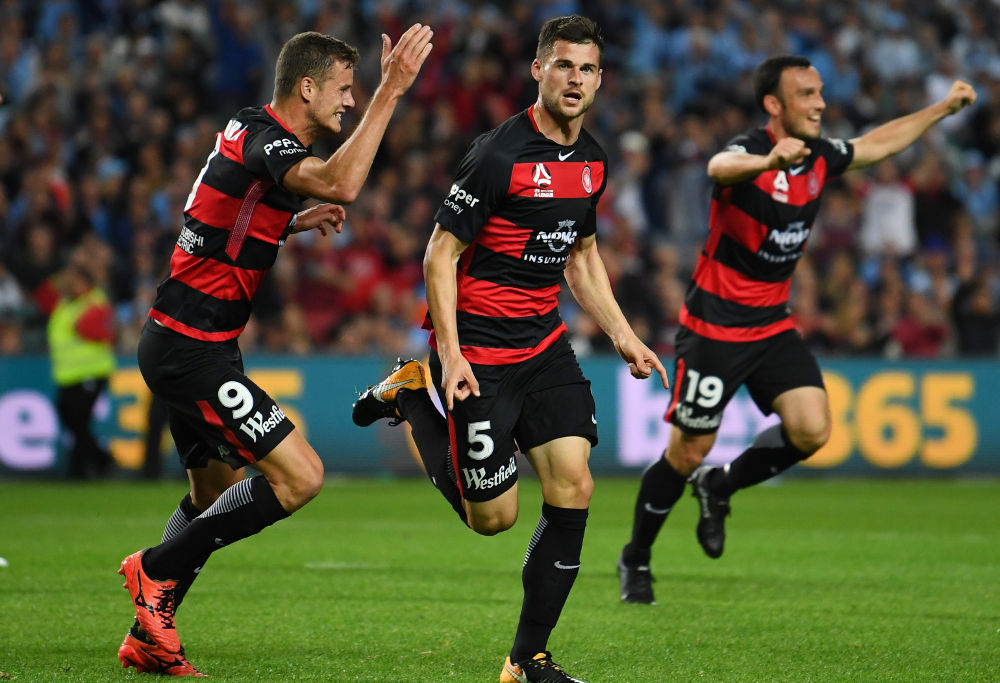 Therefore, it is possible Gombau will stick with a midfield structure the side already knows and is familiar with, rather than build the team around a single number six, even though that is what he coaches best.

While there are similarities in the way Gombau’s Adelaide and the current Wanderers side approach the game, there are significant differences in their attacking approach. At Adelaide, Gombau asked his two wingers to always stay very wide, basically positioned on either touchline and stretching the play.

Even when he changed to a 3-4-3 formation in the second season, this width was maintained. This was so that Isaias could aggressively switch the ball from one side to the other with long, accurate diagonal passes, creating one-on-ones in wide areas that players like Cirio, Awer Mabil and Fabio Ferreira could dominate.

Again, Gombau used this strategy in his other role in Australian football, with the Young Socceroos focused on creating opportunities for the wingers to attack fullbacks with front-foot dribbling.

In contrast, the Wanderers’ attacking strategy currently revolves around bringing the wide players (Alvaro Cejudo and Jumpei Kusikami) inside into pockets of space between the lines. Width comes from the fullbacks, but the primary focus is on creating quick little combinations between the number ten and narrow wingers, acting as playmakers, to break in behind the opposition last defensive line.

If the ball is switched, it’s done more patiently through the dual sixes, working the ball from one side to the other to try and find gaps in between opposition defenders.

Again, Gombau could go either way – introduce attacking patterns that he prefers, but which might be new and unfamiliar to the Wanderers, or stick with a system that suits the players. 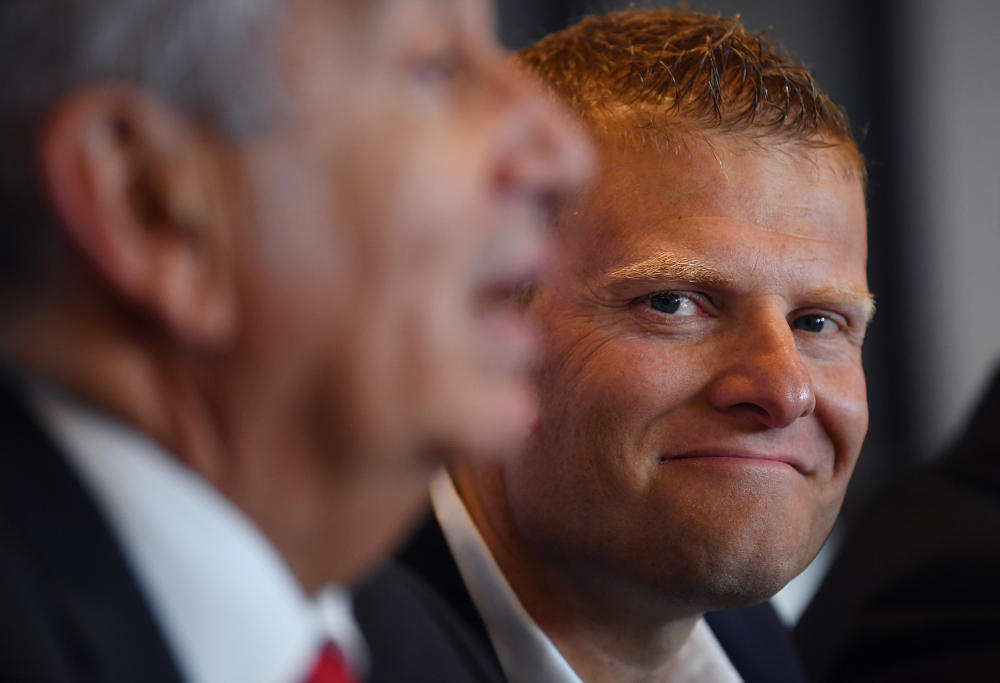 In truth, he is probably hamstrung by the timing of his appointment, irrespective of what he would ideally like to implement. At this point in the season, the squad is now focused on winning each game, rather than coming to grips with a different style of play. That, in theory, should be taught in pre-season, with the competition phase characterised by preparing for challenges and opportunities presented by different opponents.

However, this is in itself an underrated strength of Gombau, because although he has a clear, overarching vision and philosophy, he does make small changes to his team’s tactical structure in order to exploit opposition weaknesses.

For example, in his first season at Adelaide, he would rotate between Cirio, Jeronimo and Bruce Djite depending on which striker was most appropriate based on the opposition system. Put simply, Gombau is firmly a ‘Plan A’ man, but he is capable of tweaking that approach to suit his own players and the opponent.

That should give an indication of the direction he will take Western Sydney Wanderers. There will be small changes at first, but in the long-term, Gombau will mould the side in his own image.

VAR and controversial decisions by match officials again dominated proceedings as ten-man Western United held on heroically for a point in a goalless draw with Adelaide United at Coopers Stadium.