The ridiculously unfair 2018 NRL draw needs to be redone

If the NRL was hoping to dispel fan sentiment that some clubs seem to get all the lucky breaks, they won’t be doing it with the 2018 draw.

I was initially okay with the 2018 draw, as on first inspection I found it to be friendly to the side I support.

There was a lot of fanfare at the beginning of October when the complete home-and-away draw for next season was released, as it was the first draw for quite a while over which the competition had total control.

For the last however long, the broadcasters had control and as I’ve examined before, it led to some very poor scheduling.

NRL CEO Todd Greenberg hit Twitter to discuss the 2018 draw with fans and was asked, “What’s the hardest part? Balancing clubs, TV, fairness or fan expectations?” His response was pretty straight up.

A mixture of components. Stadium availability mixed with commercial rights of our broadcasters & aligning Club requests with player welfare https://t.co/lZ6aJKdshE

As he suggests, there are many factors that must be taken into account, and the schedule can never be completely even – it isn’t possible – so some cold realities have to be accepted.

Free-to-air games
Given broadcasters pay a great deal for NRL rights, there needs to be consideration for putting on games that draw the biggest ratings and generate advertising revenue.

The Broncos, Eels, Bulldogs and Rabbitohs rate well. They are going to get a lot of free-to-air games.

However, free-to-air exposure has a great bearing on a side’s marketability, which translates directly into the amount of sponsorship a side can get. The more sponsorship – including the all-important third-party deals – the more chance a club has of being successful.

If teams receive too large a share of the free-to-air games to please the broadcasters they can become entrenched as successful, while those who get little or no coverage conversely become pigeonholed as unsuccessful.

This aspect has commonly been seen as the main barometer of draw fairness, which is why Greenberg highlighted that aspect. However, it’s just one of three main components. 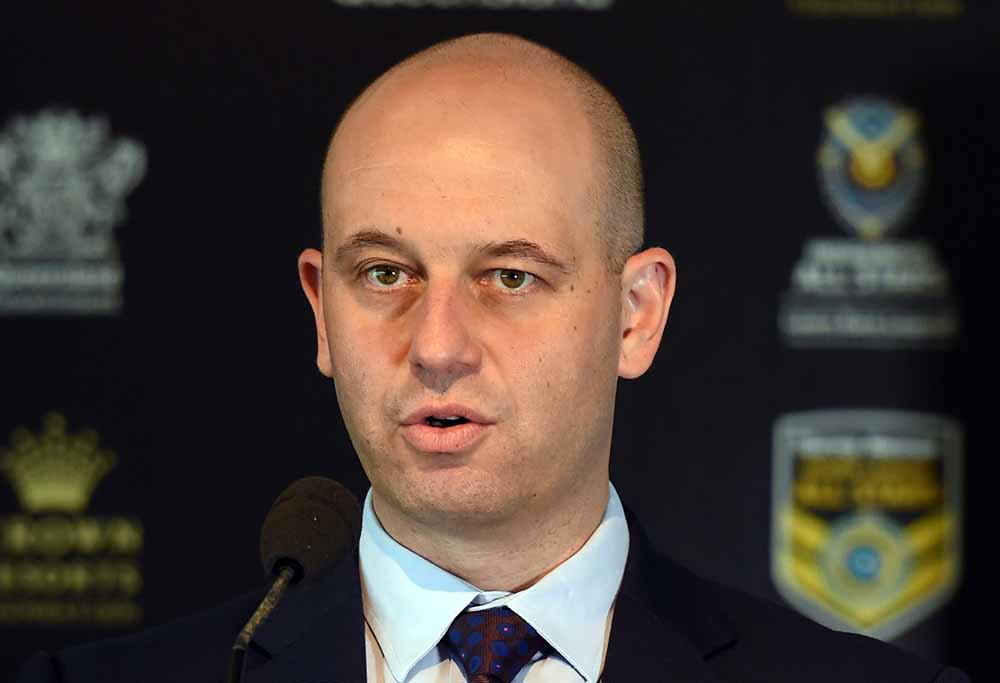 Repeat opponents
There are only 24 games per side in the home-and-away season. To play all sides twice there would have to be 30. That would lengthen the season by a month and a half, which – along with State of Origin and internationals – would make the season too long and the demands on players far too high.

This means each team only plays six opposition sides once, which can have a large bearing on a team’s chances.

Location and travel
Nine of the 16 clubs are in Sydney. This, by definition, means that they will not have to travel as much or as far as the Storm, Titans, Knights, Raiders, Broncos and especially the Cowboys and Warriors.

While the draw can allow for this, it can’t make it level. However, the more travel a side has to endure, the less likely they are to win – especially if they are coming up against well-rested, stay-at-home sides.

The NRL must create a draw that limits this type of inequity using the five-day turnaround.

The geographical realities also have impacts on free-to-air game allocation. As the Cowboys and the Warriors travel the largest distances most frequently, in order to stop them having short turnarounds between games, it makes sense to have their games consistently on the same days.

Saturday has no free-to-air games but is the most logical day to schedule these sides, so as to avoid short turnarounds.

The NRL has the challenge of balancing all of these aspects to create a draw which sees no sides receive too much benefit, nor any get a completely raw deal.

They failed. Let’s look at why.

The spread of free-to-air games in 2018
Greenberg was quick to sing the praises of the 2018 draw upon its release:

Upon first inspection, it seems an achievement worth crowing about in comparison to 2017. However, when compared to 2016, the draw isn’t that fantastic in the free-to-air respect.

In 2016, an average distribution of the free-to-air games equated to nine games a team – 37.5 per cent of each team’s home-and-away games.

Nine teams achieved or bettered that mark, while the Broncos doubled it. Of the Sydney clubs, only the Sea Eagles (eight) and the Sharks (four) had less than average free-to-air games.

In 2018, the only Sydney-based side that has less than ten free-to-air games is the Sea Eagles, with seven. Once more it is non-Sydney sides that get royally screwed.

The Raiders get just five free-to-air games – which is half what an even share would be – the Titans get only three, and the Knights and Warriors get just two.

That’s a pathetic effort. While the Warriors’ seven 6pm Friday night slots translate into 8pm primetime across the ditch, you couldn’t blame the Knights and their fans if they thought that the NRL could not give a damn about them. The club that has won three consecutive wooden spoons and really could use a leg up is getting just two free-to-air games.

While the Raiders and Titans get an ordinary hand in regard to free-to-air games, the Novocastrians get a far worse one.

The free-to-air winners and losers

Repeat opponents – How the draw works out for each side
There is some simple maths applying to the draw.

The fewest games you can play against the previous year’s top four is three.

The fewest games you can play against the previous year’s top eight is seven.

The same goes for both the bottom eight and bottom four.

With those concepts in mind, have a look at how the 2018 draw works out:

On inspection of this table, one could be forgiven for thinking Trent Robinson and Nick Politis created this draw themselves.

The Storm isn’t doing much worse, and the Eels should be pretty happy with their lot.

Now look at what the Titans and Knights got and you’ll notice it’s almost the reverse.

If the share of free-to-air games were unfair, then this is diabolical. How this was allowed to pass muster is anyone’s guess.

Five-day turnarounds
Sides having to back up and play again after just five days find it tough to win. If there is significant travel involved during those five days, then the side rarely ever wins.

The Wests Tigers get the rough end of this pineapple, while the Dragons and Bulldogs wouldn’t be impressed either.

However, there is finally a win for the Titans and Knights. Neither side has to endure a single five-day turnaround of either variety.

Another team that will not suffer a single five-day turnaround is the Roosters. Once more, the Bondi Boys are on the good side of the 2018 draw. 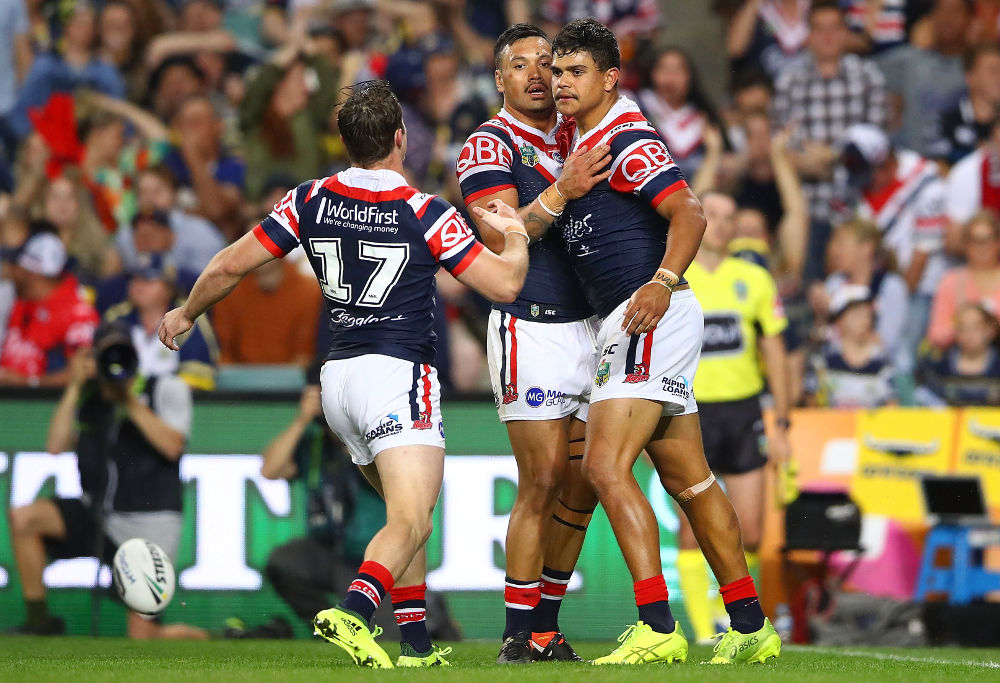 So which sides in 2018 will play the teams on five-day turnarounds?

The Raiders, Dragons and Sharks play no sides on five-day turnarounds. Further, the Knights, Titans, Eels and Tigers get only the slightest taste of this kind of advantage.

In 2018 three sides will have the large benefit of playing two sides each that are on five-day breaks that include significant travel: the Cowboys, Broncos and – yes, you guessed it – the Roosters.

Overall winners and losers
Let’s look at the overall picture, by placing all of these factors together and scoring the results for each as follows:

With the scales I’ve used, the maximum possible score a side could get is ten.

The wash-up: It’s a bad draw
The football supporting public expects – demands – that if a side has a distinct disadvantage or advantage in one area of the draw then the NRL will even that up in another area. Ideally – using the above metric – no side should be outside a range of plus or minus one.

Presently, only five of the sixteen sides sit within that range, while the Roosters have received an armchair ride into the 2018 top four via this draw.

That one side can be allowed to gain such an advantage by the draw, while others are disadvantaged, is unlikely to go down well with the league-loving public.

How this draw could get the NRL’s stamp of approval and be released is beyond me.

There are just under four months until the 2018 season is set to kick off. The NRL must go back to the drawing board immediately to create a draw that is much fairer than this very poor effort.