Who's got a point to prove this NRL season (Part 2)

Every year, there are NRL teams that really need to prove a point, but who within each club is being scrutinised the closest?

» Check out Part 1 of this series

Eels
Jarryd Hayne is perhaps the most polarising player in the game. He’s copped a load of flack for supposedly giving up on his NFL dream, trying out for the Fiji Olympics sevens squad, not returning to Parramatta, not putting in for the Titans, and coming last in a fitness run back at Parramatta.

It’s still not clear in what position Brad Arthur intends to use Hayne – centres look likely, however his defensive positioning there is poor.

At his best, he’s one of the most enjoyable, entertaining players you could hope to see, but it’s now a long time since he’s delivered on that.

Knights
No one has had more excuses in the last couple of years than Nathan Brown. He walked into a club that was a basket case off and on the field and was consistent in his message that it would take a while to rebuild.

Knights fans have been extremely patient and extremely loyal, but now that Brown has had an off-season signing splurge, that patience is turning into expectation.

Some are tipping the Knights to make the eight off the back of these signings. While that’s a few steps too far, Brown has more pressure for the side to perform than any time previously.

Panthers
What is going on at Penrith? A couple of seasons ago they were pinning their futures on local juniors like Matt Moylan and Bryce Cartwright. A couple of cleanouts later and it’s a new-look side.

Anthony Griffin seems to be shunning the talented but flighty type of player in favour of a more predictable line-up.

The Panthers have looked the goods at various times over the past couple of seasons, but have been unable to kick on, putting Hook up in lights to deliver consistent results and success.

Rabbitohs
Like Matt Scott, Greg Inglis is a big man on the wrong side of 30 attempting to come back from ACL surgery. At his best, he is as good a ball-runner as anyone who has played the game, but the last few seasons he has been playing on one leg.

New coach Anthony Seibold should work out a system whereby Inglis and Cody Walker rotate between 1 and 6 to ease the workload on the bigger man. 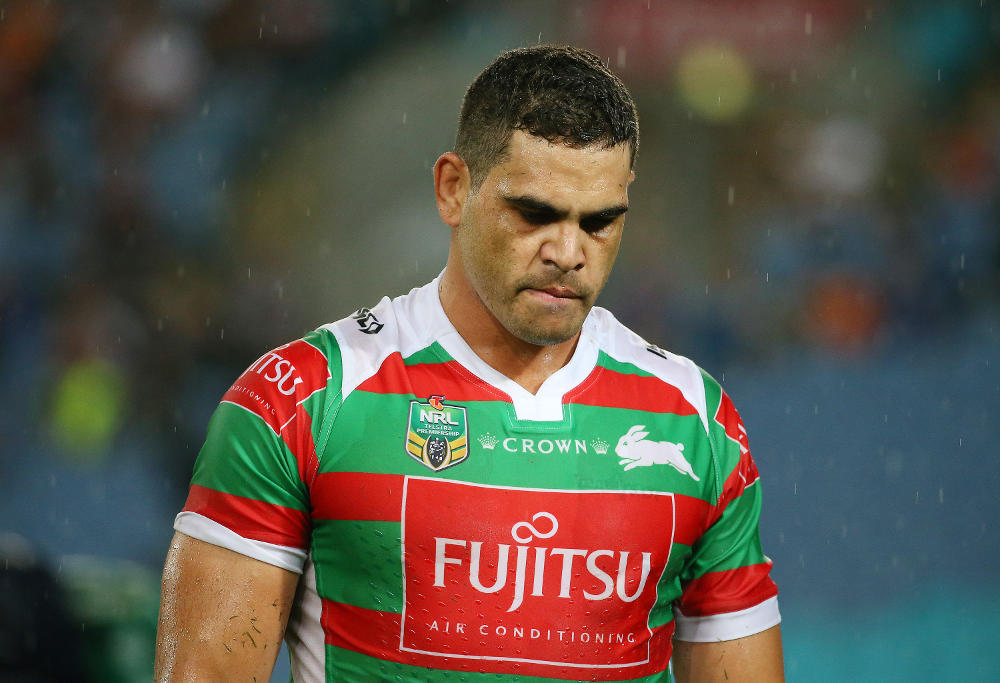 Raiders
Blake Austin, Aiden Sezer and Jack Wighton are all off contract at the end of this year and none have really taken their position by storm, making themselves indispensable.

But really it can only be one man: Ricky Stuart.

Many fans just out-and-out hate him, and he has a record of impressive starts with clubs before the wheels fall off. There is a school of thought that his intensity becomes too much for players.

After such an impressive 2016, where they were a few minutes and an Edrick Lee fumble from a grand final berth, Canberra were well off the boil in 2017.

The 2016 form is where the bar is set for this club, given their roster, but they still seem to struggle when the game is tight at the death. Even in 2016, they lost five games by six or less, winning only three by the same margin.

Roosters
The Roosters have finished in the top two for four of the past five seasons, but only have one premiership to show for it, so Cooper Cronk has been signed to get them over the line in the big, end-of-season games.

Cronk has two premierships, a world club championship, two Dally Ms, a Churchill medal, a golden boot and has been the Dally M halfback of the year six times. He’s played 38 games for Australia and 22 for Queensland. He is an absolute champion.

But he’s out of the Storm set up for the first time. Injuries aside, it will be the first time in who knows how long that he won’t have Cameron Smith inside him or Billy Slater outside him.

How Cronk performs at the Roosters and how the Storm goes without Cronk will be two of the most fascinating narratives of the season. I’m looking forward to seeing Cronk work with guys like Boyd Cordner and Latrell Mitchell.

As good as he is, anything less than a premiership heading to Bondi will be seen as a failure, which is a huge ask for anyone.

Sea Eagles
In 2014, Dylan Walker was the best young centre in the game. In 2015 he had an okay season in a slightly disappointing Souths side, then got into trouble mucking about with prescription medication. In 2016, he was a centre playing five-eighth and was selected in Origin as a bench utility.

I wasn’t surprised it didn’t work out well and he’s carried a bit of baggage since.

Last season, he was back into his best form since 2014 and shone in a Manly team bouncing back from a couple of disappointing seasons.

Walker is likely to be having a late start to the season and still has some silliness in his game, but if he can back up his form from last season he could be pressing for a Blues jersey.