Week one of our preview series, covering 18th to 15th, had one common theme among Roar commenters – where is North Melbourne?

Week two, where we predicted 14th to 11th, followed a similar refrain, except this time it was Collingwood that the punters were bewildered about.

Fans of St Kilda and the Western Bulldogs, in particular, were somewhat miffed and disgusted that their teams could be rated below the Pies. My sanity, if not my parentage, was questioned. Some thought I was suffering from a Richmond-induced premiership hangover.

Let’s see if there’s a case to be made for Collingwood to be knocking on the door of the eight this year.

Collingwood being Collingwood, they have a lot of high profile players, and there’s plenty of individual talent among them. But they always seem to be less than the sum of their parts.

The last two premiers, Richmond and the Western Bulldogs, have been the living embodiment of a team. If they didn’t play above themselves, they at least rose above what outsiders could see. All the Pies do under Nathan Buckley is sink below.

Part of Collingwood’s problem in recent years has been constant injuries. But we’ve known forever that Ben Reid can never play a full season. We’ve known for a long time that Alex Fasolo and Jamie Elliott have problems they can’t shake.

Part of compiling a list is to ensure durability and continuity – the fragile bodies of draftees can’t always be anticipated, but the issues of Daniel Wells when he joined the Pies as a free agent were all too predictable. They don’t get to complain about injuries when bringing a player with his history in.

As a starting 18, Collingwood has the best collection of individual players, Mason Cox aside, of all teams we’ve covered so far.

Speaking of Mason Cox, the forward line is going to be the Pies’ biggest problem. Much has been made of Darcy Moore being moved to centre half-back, which suggests that Buckley believes Cox can be the answer as a tall full-forward and back-up ruckman.

Ben Reid has been a swingman for several years now, and can certainly pop up as a forward from time to time, but he struggles to influence games consistently. Ultimately, he hasn’t had the career that was once promised.

Should Jamie Elliott play as a small full-forward, to allow an extra pressure player up forward? Alex Fasolo could also play this role. They are the two best marking forwards at the Pies, unusually so given they both come in small packages. Collingwood look a better side when they are both in the team, which the stats back up.

Jordan de Goey continues to make great strides on the field, just as he loses ground off it. The Pies need all the class they can get on the park, and he has some. Forget the naysayers and do-gooders, and get him in the team for Round 1.

Will Hoskin-Elliott added immediate value last year after crossing from GWS, with the biggest surprise being that his body stood up for every game. He’s capable of more though, and needs to go from nice player to a damaging one.

Goals are still going to be a problem, and hopefully the coaching staff have been putting a priority on forward-line dynamic over pre-season. We can expect to see a lot of moving parts through there, but the focus must be on trapping the ball in their half, and working together to generate the shots.

The midfield is the strength of this team, and they should be able to generate enough forward entries to keep the Pies above the lower third of the ladder.

Scott Pendlebury is still all class, Adam Treloar is easily mocked for his kicking but can explode from stoppages like few others, Steele Sidebottom is a model of reliability covering territory, Taylor Adams is the grunt machine. 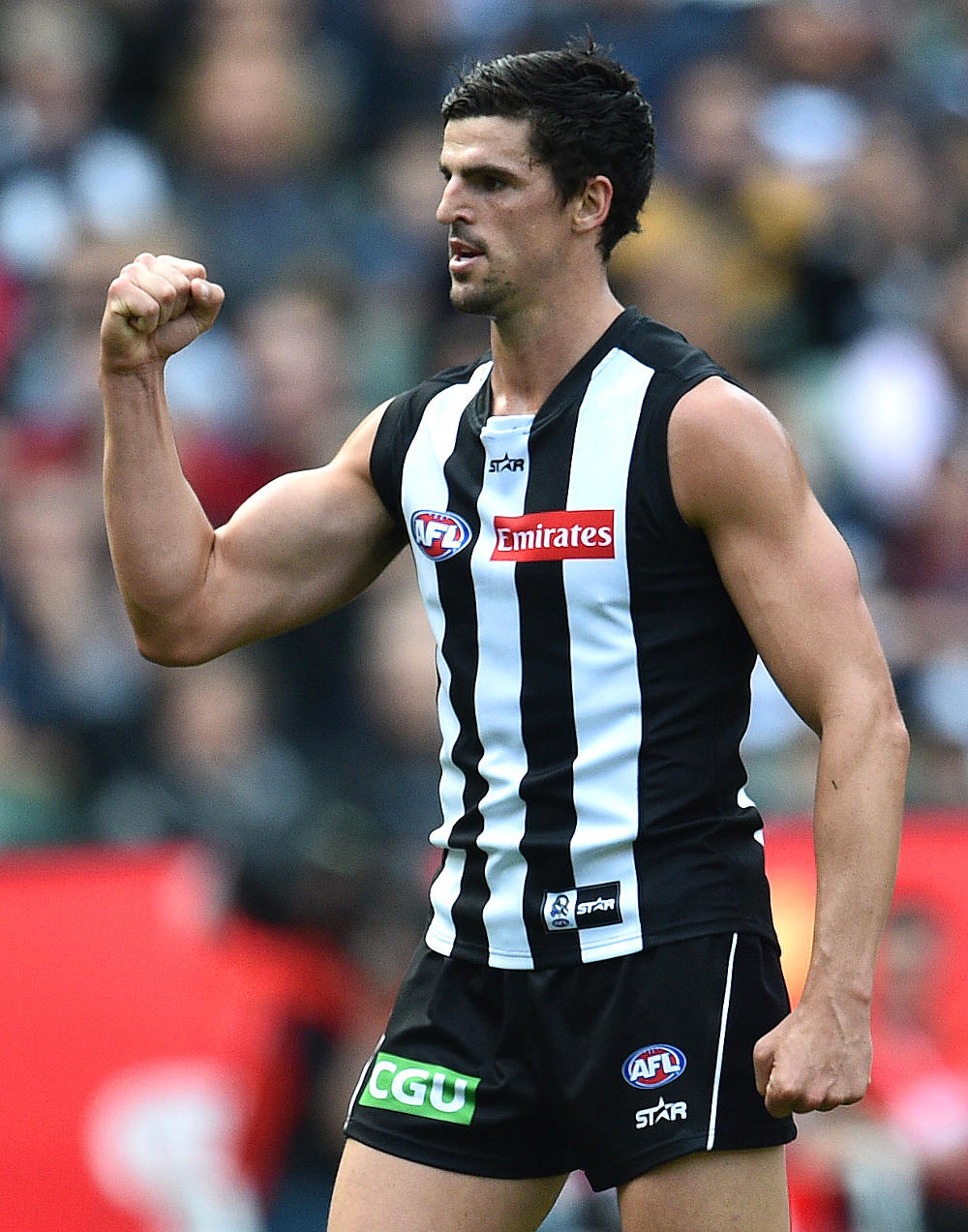 These are very good footballers, prolific and complementary as a quartet, underrated as a group, and a key reason why Collingwood never drop as far as their detractors suggest they should.

Add in Brodie Grundy, an ever-consistent ruckman and a genuine around-the-ground ball-winner, and there is plenty there to build around.

Daniel Wells is the cherry on top, but can’t be relied upon. Travis Varcoe and Jack Crisp were moved back at various stages in 2017, and should start this season behind the ball, but can run through the middle when required.

Jeremy Howe could have easily been an All Australian last year, and has found a new lease of life in his time at the Magpies. Fellow ex-Dee Lynden Dunn is a good full-back, and loves to clear the ball out of the area as long and strong as he can.

Darcy Moore could be the latest in a long line of VFL/AFL players to go from good forward to great backman, he and Howe will prove a hard to pass athletic duo. Add in Tom Langdon and Matt Scharenberg, who also both excel at intercepting, and the Pies have the potential there to create a lot of drive from the back half after forcing turnovers. Varcoe, Crisp and Brayden Maynard will help run it out.

Of course, all of this depends on Collingwood moving the ball more directly than we have seen in recent seasons.

Collingwood under Nathan Buckley have fallen victim to painfully conservative ball movement, often caused by indecision of the ball carrier. A player frightened to make a mistake will always slow down, and find a short safe option – usually sideways or behind him because opponents running defensively have already started to close off options up the field. He makes the ball someone else’s problem, and his efficiency stats look great. 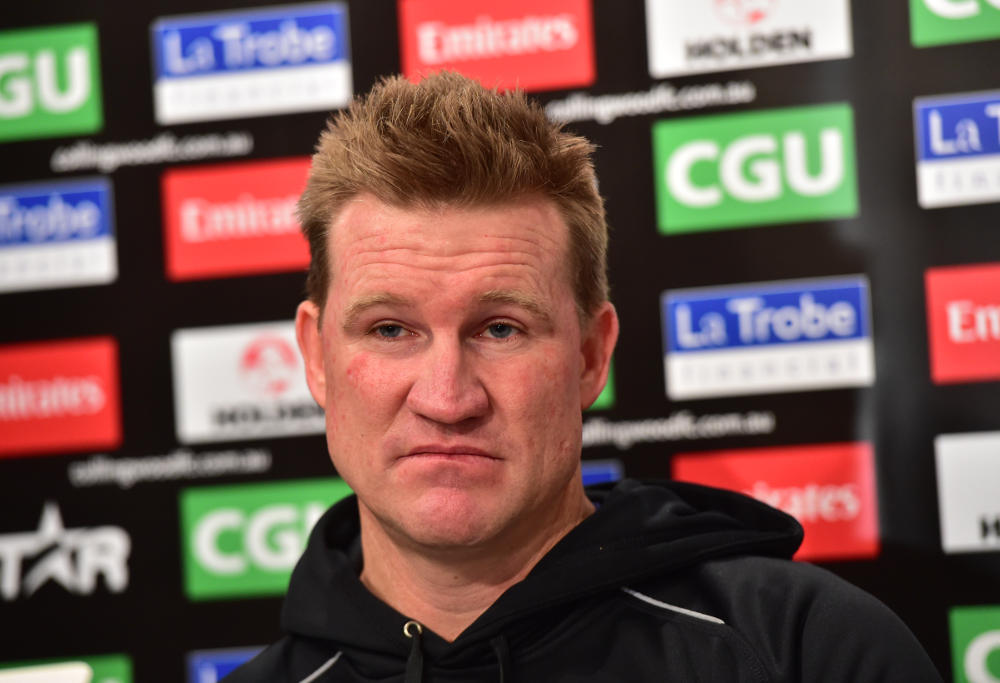 The Pies have the fifth oldest list and are the third most experienced playing group for games played. It is the list profile of a club right in the premiership window, yet they haven’t played finals since 2013 and haven’t finished higher than 11th in the four years hence.

Buckley had his contract extended for two years last season, albeit against most people’s expectations and, indeed, common sense. There was no real action from a list change perspective over the off-season – this is a settled playing group. They play Brisbane, Carlton and Fremantle twice.

Collingwood were the 2010 premiers and played off in the grand final in 2011. The future was theirs, but they’ve done nothing but fall down the ladder since. Everything is in their favour to start the climb back up now. If not, irrelevance awaits.