Putin’s football gambit: How the World Cup paid off

Even before the single ball was kicked at the FIFA World Cup in Russia, there were threats, promises and suggestions from various governments about how best to cope with Vladimir Putin and his designated fiendish circle of authoritarians.

In March, the then UK foreign secretary Boris Johnson opined that President Vladimir Putin would make much hay from the event, in the manner as Hitler had done during the 1936 Olympic Games in Berlin.

In fairness to Johnson in one salient respect, games of such scale are bound to be the stuff of high floating praise and fluffy imagery. No state, whatever the vicissitudes of their political system, is ever going to let such an event pass into the realm of pure sport. It is axiomatic that self-advertisement will duly follow.

Russia furnishes us a particularly difficult example. The history of Russia for the west is a history of tailored, carefully packaged images, a process of management with various degrees of severity and enigmatic delusion.

When the Soviet Union was bloating with corpses in the aftermath of the famines of 1932 and 1933, a result of catastrophic collectivisation, certain journalists, foremost among them Walter Duranty of The New York Times, swallowed the necessary consequences.

The modern Bolshevik, so went this particular argument of modern development, was bringing discipline and order to the barbaric yeomanry of the steppes. “They lived in gutters and pigsties for centuries, and the Bolsheviks have shown them that the way out and up is by education.”

Attempts to place Putin upon a pedestal of unvarnished brutality, the leader of a vast kleptocratic enterprise, have been made with varying degrees of success. Admittedly, being a scribbler in Russia, notably a dissentient one sniffing with disdain at the president’s politics, is a hazard of the job requiring decent life insurance.

So when it comes to such grand shows as the World Cup, how would the Putin state come across?

All in all, it was theatre, appearance, show. The players did what they were meant to do, and even better than that, for the most part play absorbing football culminating in one of the most prolific finals in the tournament’s history. The events, for the most part, went smoothly.

Long term residents in Moscow such as the BBC’s Steve Rosenberg saw this as a “land of Oz, otherwise known as ‘World Cup Russia’, football fans from across the globe” thronging the streets of the city. “In more than 20 years of living in Moscow, I cannot remember a time when the city has felt more relaxed, more cosmopolitan, more welcoming.” 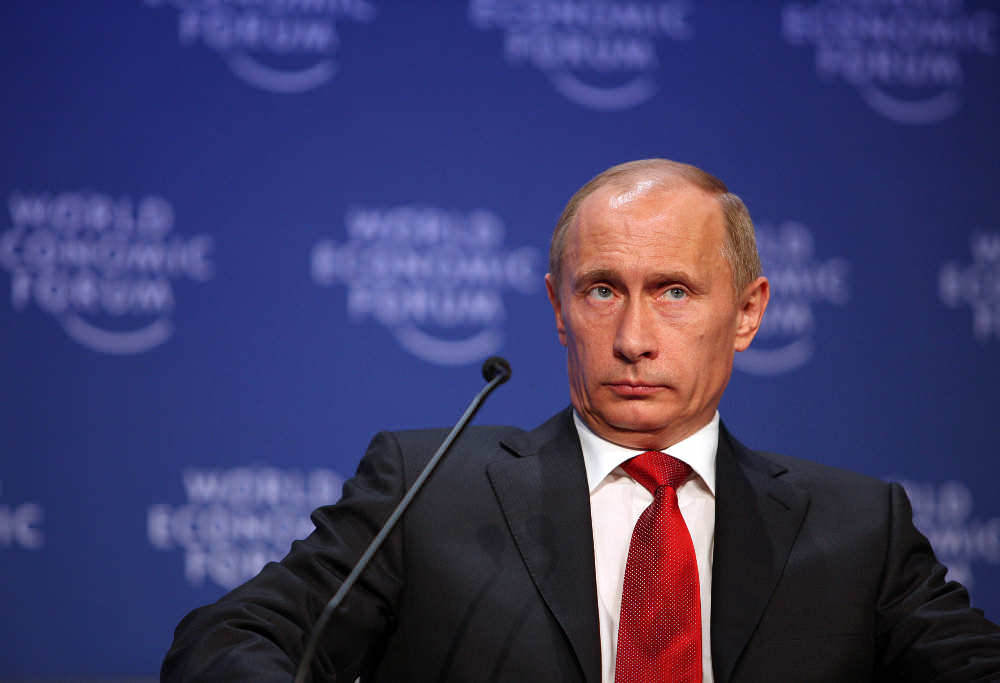 The Russian President has been praised for the World Cup

Such events tend to be costly affairs, and it was a point that protesters in Rio 2014 were keen to impress upon visitors, indignant at the amounts forked out for hosting the event. Better stadiums may have encouraged officialdom to flash some good plumage but this did not improve living standards.

In Russia 2018, there was barely a murmur. The stadiums impressed; there was gratis train travel to venues; there was good order.

Paradoxically, Putin, in making a pact with FIFA President Gianni Infantino to keep politics out of the tournament, had permitted the tournament to become a glitzy exposition of a political vision: a show to debunk Western narratives of Russian surliness and brutality.

His audience has been duly receptive. “I was told people, police in Red Square are smiling,” remarked Infantino to Putin. “This is great. This is exactly what Russia is. This is the new image that we have about Russia.”

The World Cup has been something of a mammoth alibi for Putin’s state, a means to buffer it against criticism that can be primed against opponents in this scrap of images.

“As a historian of Russia specialising in Kremlin media strategy,” wrote Cynthia Hooper, “I see confirmation of a Putin public relations victory in headlines around the world.” For the usually circumspect German news magazine Der Spiegel, the event had “shown Russia in a new light.”

Russia’s critics, explained a contented Konstantin Kosachev, chair of the foreign affairs committee of Russia’s upper house of parliament, “failed. We are happy that so many people in the UK and in other countries had a unique chance not to see channels like BBC telling stories about Russia, but to see the real Russia with their own eyes.”

As for Putin himself, he was contented at those “so-called bloggers – people working in social media [who] helped tear down numerous stereotypes about Russia.”

But such is the nature of hunting for the authentic – it can be all and nothing, absence and presence. Police with instructions to smile genially towards football supports can just as well engage in a crackdown on orders. The authentic can be both generous and brutal.

This supposedly apolitical World Cup has also inspired willingness on the part of other powers to accept, at least in some measure, Putin’s standing. Efforts to box the Russian leader in hermetic opprobrium have essentially fallen over. 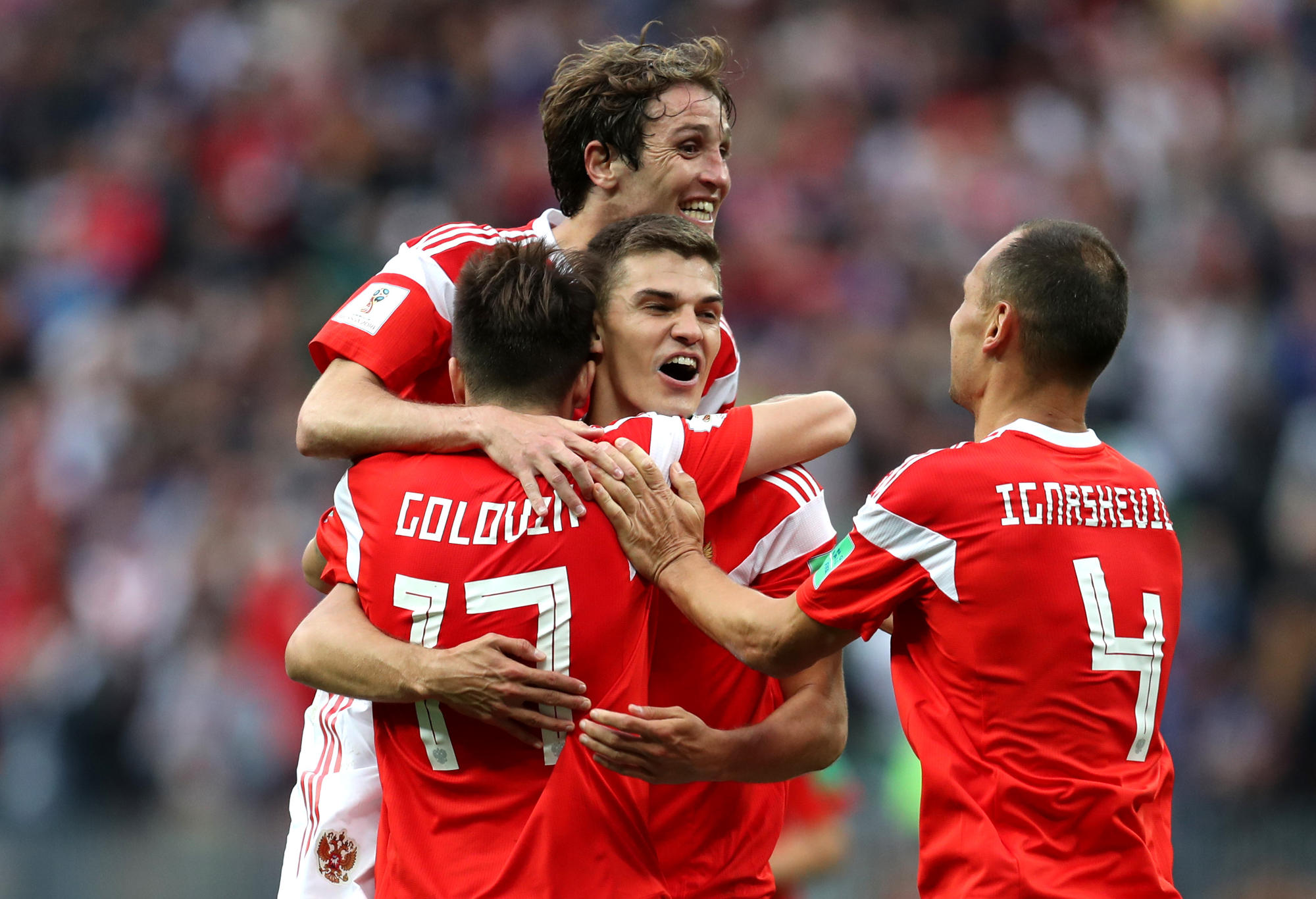 Russia impressed on the pitch. (Photo by Catherine Ivill/Getty Images)

Despite being a critic of Russian foreign policy, French President Emmanuel Macron would still announce that he would meet with Putin at the final itself.

For all the tense relations between Bonn and Moscow, both have taken time to conclude the contentious Nord Stream 2 pipeline deal, a point that interested US President Donald Trump enough to issue an outburst that Germany was “totally controlled” by the Russian behemoth.

The hardline from Washington, obsessive about sanctions, is also being viewed by some European states as unproductive and self-interested. While Russia remains, on the surface, a traditional unifying bogey, the oppositional front, as with much in Europe these days, is wobbly.

Putin will take some time to bask in the afterglow, but it would be foolish to assume that much has changed. Theatrical shows are of finite duration, escapist punctuations of the tedium.

The curtains eventually come down; audiences go home to mull over the direction. Some might well remember it. But these are not cases that tend to put food on the table, nor restore peace.

The football show moves on to the improbable Qatar, a reminder that FIFA is less a body of football than a body of deals and transactions in search of appropriate sponsors for the Cup.