What to expect when you’re expecting mid-season trading

It was a rare opportunity. We had decided to splurge on taking the whole family to a Major League Baseball game to see our favourite team, the Minnesota Twins.

The outing would be part of our annual summer vacation to Minnesota to see family. Of our four boys, only the oldest had ever been to a professional baseball game, and none had seen the Twins play.

My wife and I had not seen them play since we were kids. Additionally, the team now plays in a beautiful outdoor stadium which we were eager to experience. It was going to be great.

As we looked forward to the trip, the excitement grew. We watched games on TV, looked at baseball cards, and became familiar with the players. I reminisced about my greatest sports fan memory: watching the Twins play in Game 6 of the 1987 World Series when I was eleven.

The kids picked out apparel for the excursion, each having a Twins shirt to wear. By the time we embarked on our vacation, attending the baseball game was the thing we were most excited about, especially our children.

Disappointingly, some important changes were to occur before we would find ourselves in those costly upper deck seats.

Gameday was actually near the end of our trip, so we had to wait for it while enjoying time with loved ones. A couple days before the game, I heard a discouraging news report: the Twins had traded away a number of their best players just before the mid-season trade deadline.

Some of these players were our favourites. Not only would we miss the opportunity to see them play, the Twins’ chances of winning the game were now slim. It was a melancholy affair to tell our sons the players they hoped to watch, ones we had been following for months, had been traded.

Instead, we would see a team who had truly given up for the year. Mid-season trading, something I have never cared for, had just cast a grey pall over our grand day out.

The Minnesota Twins’ player movements during the 2018 season provide a good example of how mid-season trading works. The Twins are a small-time club, a “farm club” in MLB parlance.

This means they have less money than more successful clubs, and generally field a team of players developed in their own system. Three of the Twins’ best players were set to become free agents at the end of this season, none of whom was a notable player when first signed.

Now that these players had become desirable commodities, it was unlikely the Twins could afford to re-sign them. In America, there are no such things as “compensation picks” or any other form of recompense for free agents who leave a club.

So rather than simply lose these quality players, the Twins opted to trade them to teams still in the hunt for the postseason. Those clubs would welcome the services of a good player, even if only for a couple months. In return, the Twins got very little, but in their view, something is better than nothing.

Tell that to a twelve-year-old boy.

If you think August matches between bottom-four sides are dreadful now, imagine if those clubs had not only nothing to play for, but nothing to play with. A hypothetical, but very realistic, example is Tom Lynch. Were he not injured, and were Gold Coast Suns able to trade him, he would most likely be playing at a different club even now. 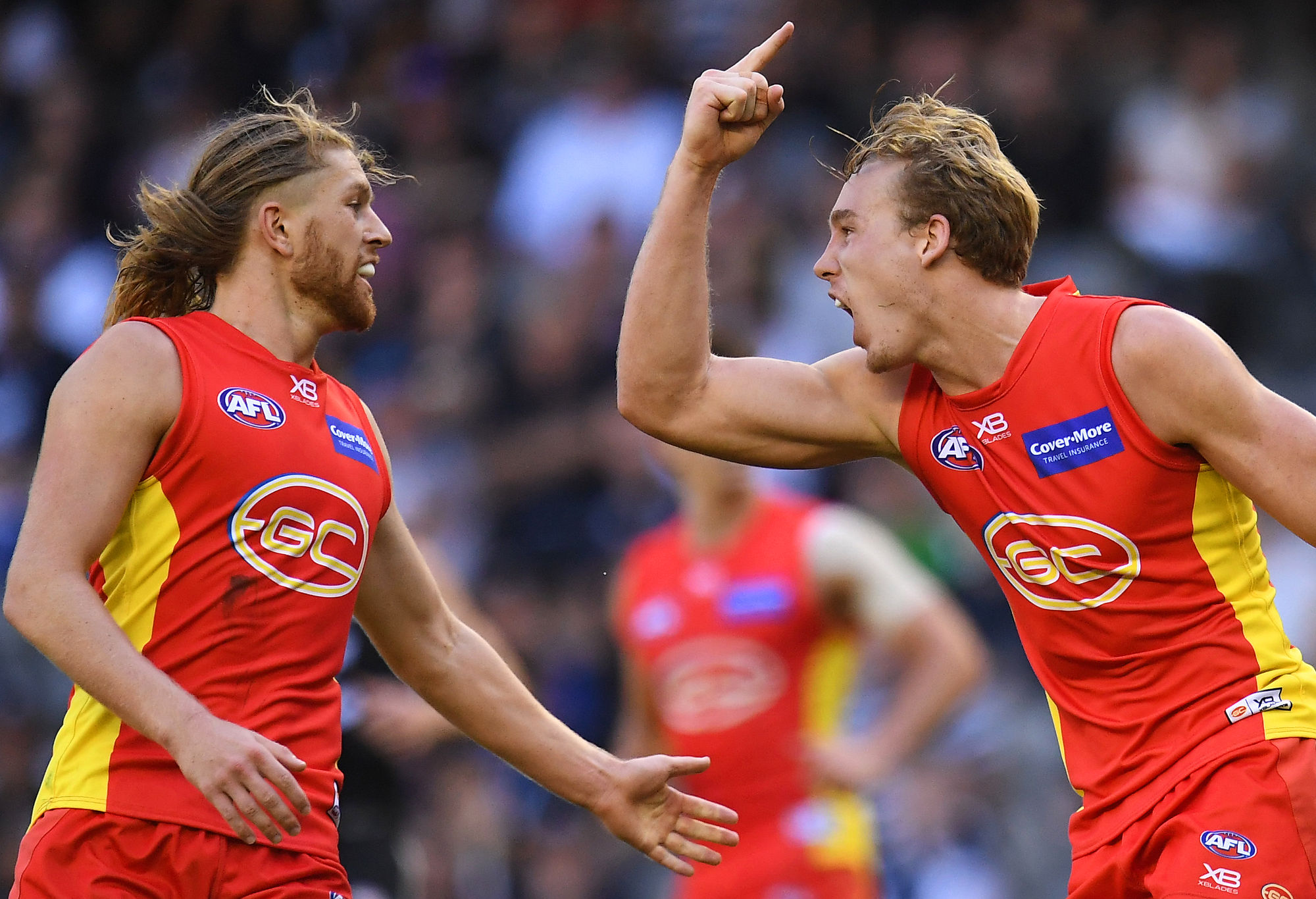 The Suns have known for a while he would not re-sign, and they would at the very least explore their options with a trade rather than take a chance on compensation from the AFL.

Some will say that is simply the nature of things; both clubs and players should seek the most value. I suppose that is true to a point. But I’m a little of a nostalgic when it comes to sports.

There are so many things about Aussie Rules culture that make it different from other sports, things that make it refreshing and endearing. Mid-season trading brings a certain mercenary feel to the game that was satisfyingly absent, at least until the advent of free-agency.

Is it not bad enough waiting for high profile free agents to wave goodbye as they head for greener pastures? Why make it worse by eroding the integrity of the list before the season even ends? To me, taking in a late-season game with the family is way less fun when some of your club’s best players are suddenly gone.

And that is what we can expect if the AFL institutes mid-season trading.