Michael Hooper is delusional and must be benched

Michael Cheika had nothing but pain to acknowledge after his 50th Test as Wallaby coach. It was the a second hammering by the All Blacks in a week, dropping his overall success rate to 50 per cent.

Surely the penny has dropped that the real problem is captain Michael Hooper, who now has a success rate of 38.71 per cent. That’s just a dozen wins from 31 Tests.

Cheika must bench him, especially following Hooper’s ridiculous quotes in the Sydney Morning Herald after the second defeat that no All Black would be in the Wallaby side if he was picking it.

Delusional, moronic, or in urgent need of medical attention? 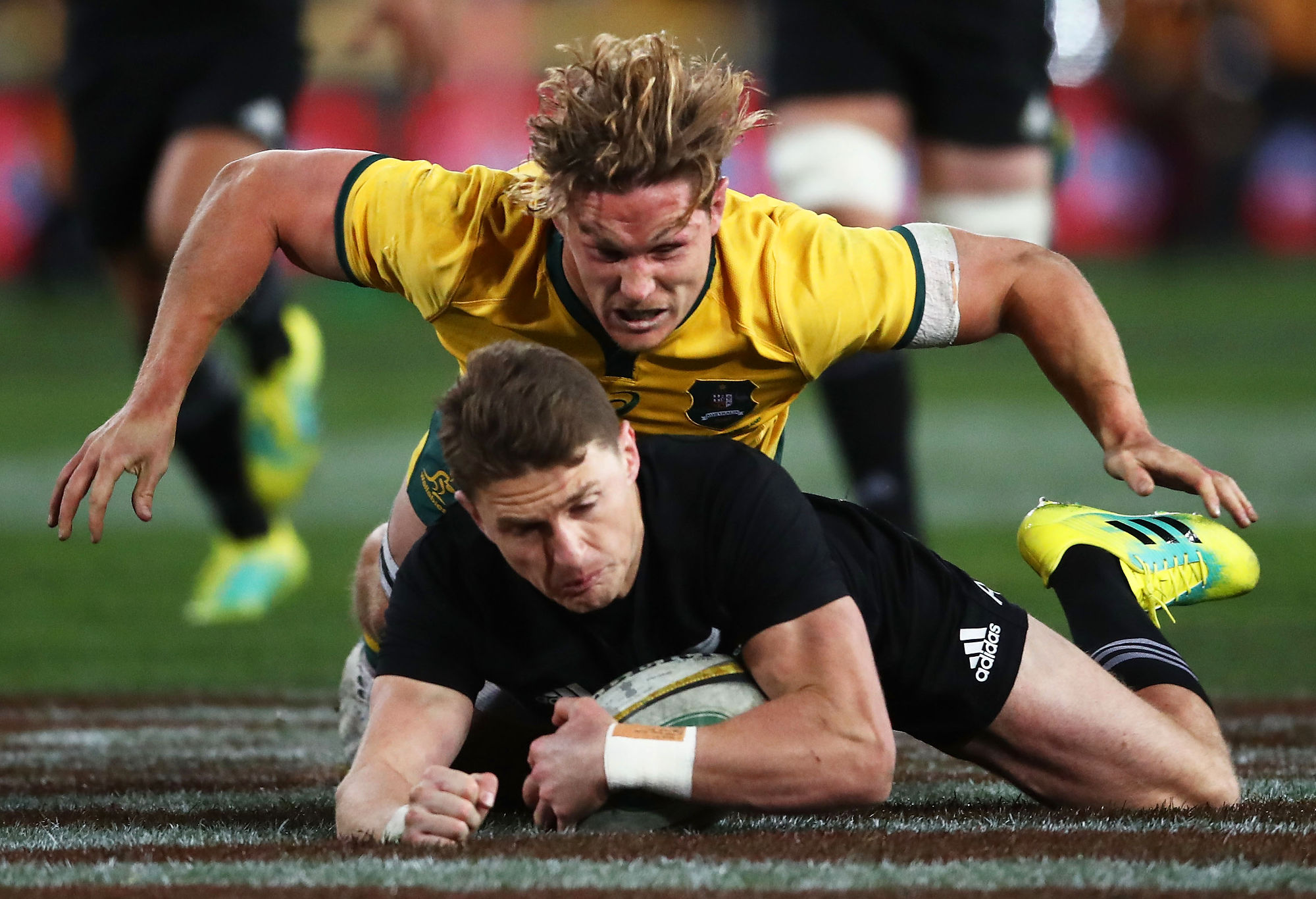 The Hooper story only came about through injury to key players.

If David Pocock hadn’t suffered successive knee reconstuctions in 2013 and 2014 that cost him two years on the sideline, Hooper would have been a benchman at best.

As co-vice captain with Adam Ashley-Cooper to Stephen Moore, Hooper became the fourth youngest Wallaby captain at 22 years and 223 days when Moore’s leg injury in the opening minutes of the first Test against France in 2014 cost him the season.

It was a dream start with Hooper leading the Wallabies to a three-nil series success scoring 95 points to 36, and crossing for 12 tries to three.

But by Christmas 2014, there were many doubts about Hooper’s captaincy with a 14-6 track record for a 42.86 per cent success rate.

And it has hovered around that mark throughout, until now at an all-time low 38.71.

Hooper isn’t the best number seven in Australia, and certainly not the best captain. Pocock is both.

Pocock has been by far the best Wallaby in both defeats by the All Blacks with average ratings of seven, while Hooper has floundered around the four mark – a score unbecoming of a Wallaby captain.

It’s farcical that Pocock has to play number eight, because Hooper is too small to fill any other position than seven.

Cheika must bench Hooper, and immediately install Pocock as seven and captain if the Wallabies are to beat the Boks and the Pumas in the four remaining Rugby Championship games home and away.

That would take Cheika’s success rate to 53.7 per cent, and with three wins over Wales, Italy, and England at the end of the year, Cheika would finish 2018 with an acceptable 56.14 per cent success rate.

Pocock’s Wallaby captaincy stats prior to his double knee disaster stood at six Tests for four wins, or 66.67.

Add those seven wins to round off the year, and Pocock’s success rate would leap to 84.61.

That would be a confident grounding moving into the 2019 Rugby World Cup in Japan.

Cheika has said all along he’ll bail out if he doesn’t improve the Wallabies at the World Cup.

Having reached the 2015 final to lose to the All Blacks, that comment translates to the Wallabies winning the 2019 edition, or Cheika will call it day. 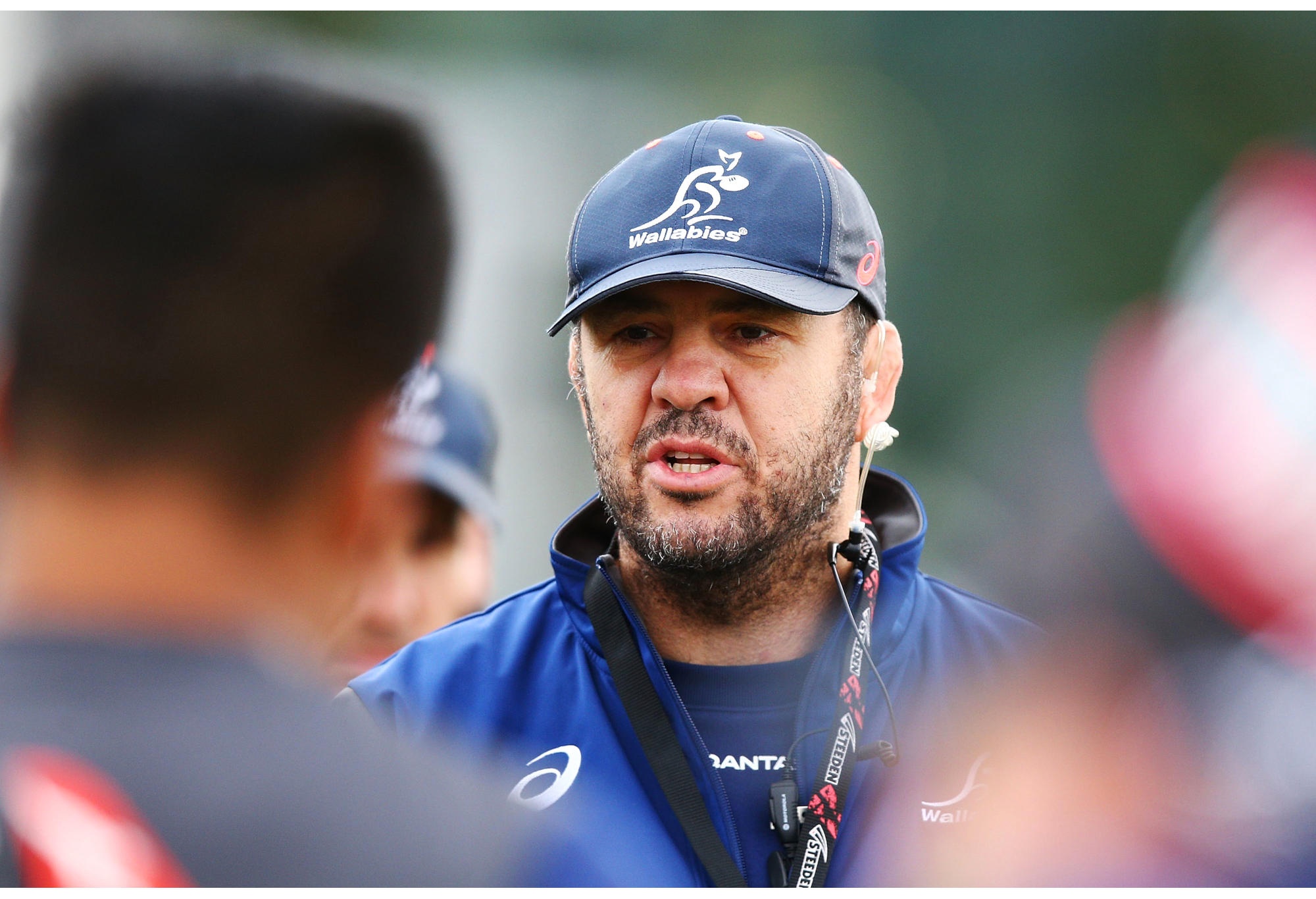 I have the Wallabies reaching the Yokohama decider in October next year, topping Group D, beating either France, or the Pumas, in the quarters, and Ireland in the semis to again do battle with the All Blacks in the big one.

If Cheika does go, there are only three possible replacements from 2020 forward: Eddie Jones, Brad Thorn, or Simon Cron.

Thorn is a new boy on the coaching block, having taken over the Queensland Reds for the first time with six wins from 15 Super Rugby games with the Reds finishing stronger than they started.

But his international playing career is exceptional in both rugby as an All Black with 59 caps, eight in rugby league as a Kangaroo and 11 for the Maroons in State of Origin.

Throw in 171 provincial rugby games in New Zealand, and 209 for the Broncos, and Thorn has had the best of two worlds, excelling in both.

Cron has got what it takes to be an international coach.

Born and bred in Canterbury, where rugby is a religion, he was a four-time premiership player before moving to Sydney where he coached Northern Suburbs in 2016 to their first Shute Shield in 41 years, and reached the final last year before losing to Warringah’s first success.

Since then he has coached the Australian under 20 side, and this season was an assistant coach under Daryl Gibson at the Waratahs.

In the meantime Michael Cheika is the Wallaby coach until the Rugby World Cup, and should remain so if David Pocock is the captain.

If Michael Hooper still gets the coach’s nod, Cheika can count on an uproar of deafening proportions hollering for his dismissal.