The AFL Grand Final has been run and won, and the West Coast Eagles have taken home the premiership cup in what was an absolute classic match.

Given the tumultuous season that both clubs have endured, there were always going to be great stories amongst the premiership team regardless of who won it.

For West Coast, there are plenty.

Perhaps no one sums up this three-year tale of redemption better than Jack Darling. After an absolute mare in the 2015 decider, he proved instrumental in the victory.

That’s not to say that he had the best game of his career. In fact, in the first half, he looked set to go down in history with another atrocious grand final performance.

However, he lifted dramatically after half time and was ultimately one of the key factors in the Eagles’ resurgence and ultimate re-taking of the lead.

He still threatened to ruin it all with a dropped mark in the goalsquare that should’ve been regulation with a minute left on the clock but, in the end, it didn’t matter.

Elliot Yeo and Josh J Kennedy too can finally put to be the bad memories of poor performance in the ’15 decider.

Kennedy was instrumental in the Eagles victory. Yeo had a hard day at the office, but bobbed up for a crucial goal, and goes home with a medal around his neck.

But think also of Jack Redden. After such a difficult start to his career at West Coast, he has been arguably their most improved in 2018 and done what he was recruited to do: take them one step further.

Think of Mark LeCras. His career hung by a thread at the end of 2017 but his ’18 revival has been nothing short of stupendous.

Or how about Willie Rioli, or Jeremy McGovern? Players whose lack of fitness could have cost them their chance to make it to the AFL have proven that leopards can change their spots.

Or Liam Ryan, 12 months ago a WAFL superstar and now an AFL premiership player. He proved that even if it’s not your day, it can be your moment.

And don’t forget Nathan Vardy. The once injury-riddled Moneyball back up for one of the AFL’s most marketable men proved that if you play your role, the sun will shine on you.

Adam Simpson completes an enormous legacy
At the start of the season, I wrote an article rating all 18 AFL coaches based on the pressure they were under to keep their jobs.

Adam Simpson came in at No .3 in my rankings. Nathan Buckley at No. 1. And yet today both of them coached in a grand final.

So much of the pre-game talk was about Buckley – having been a Brownlow Medallist, and one of the greatest players of his era if not all time, but never winning a flag on the field, it’s understandable.

Hopefully, now Simpson will get the plaudits he deserved because twice when it was completely unexpected has he found a way to take this game to the big dance.

And on Saturday, after already notching two premierships is a player, he won one as a coach, completing a legacy up there with the very best in the game. 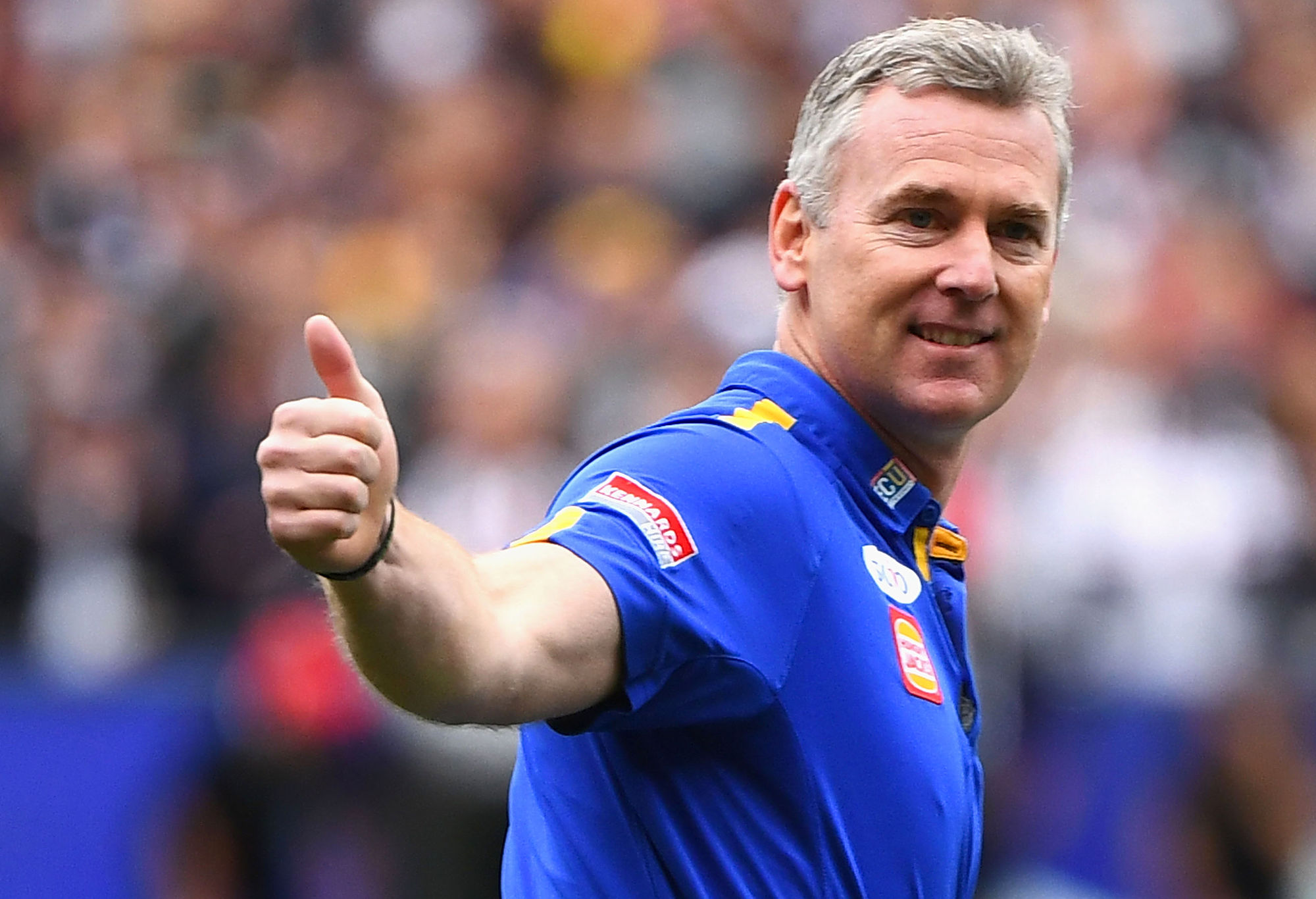 Premiership no cakewalk for Collingwood
Is it worse to lose a grand final by less than a goal, or to lose it by more than ten? Collingwood fans, having lost more than their fair share of grand finals in recent times, could probably give you some perspective.

The ‘Pies have now made it to the Grand Final no less than 42 times, and played 44 in total, winning fifteen premierships, drawing two – and this was the 27th time they have lost one.

It was a particularly heartbreaking loss given that they kicked the first five goals of the match in stunning style and almost looked to have the game won.

West Coast were on the ropes, but they rallied and, while it took them until the final minute to ice the result, in the second half you always thought they just might get there.

As for Collingwood, the team who claims the premiership is a cakewalk keep proving that it is anything but.

McGovern was robbed
Let me make this clear: Luke Shuey by no means was an undeserving winner of the Norm Smith Medal. His stat sheet makes for amazing reading, especially in a grand final.

But Jeremy McGovern should have been this year’s Norm Smith medallist.

Particularly in the first quarter when the Eagles were under siege, McGovern cut Collingwood’s forays forward off time and time again.

Make no mistake, it was West Coast’s back six that won them this match, weathering the storm against a Magpie side that threatened to put the result beyond doubt early.

Tom Barrass and Will Schofield too were both excellent, the trio combining in an extremely impressive way – especially given Schofield has played relatively little AFL footy this year.

McGovern’s late-game interception, one of eight for the day, kick-started the play that saw Dom Sheed kick the match-winning goal.

Okay – you could make an argue that Shuey is equally as deserving. But at least agree with me that for McGovern to only get a single vote from the Norm Smith Medal – that’s being robbed.

It’s pretty rare to see players leave a club after they’ve won a premiership, and Gaff may well be drawn to stay with the Eagles believing they can go back to back in 2019.

On the other hand, if they had lost – especially in a close one – he might even have felt obligated to stick around, given the impact he could have had on the game if not for his suspension.

Perhaps then a premiership win for the Eagles will allow Gaff to leave the club with his head held high, and supporters sorry to see him go but at least happy it’s under the best circumstances possible.

Readers, it has been my absolute pleasure to help provide coverage of the 2018 AFL season for you here on The Roar. Thank you for your patronage, and congratulations to the West Coast Eagles (and especially to the great man Ryan Buckland) on winning the 2018 AFL premiership.