Why Sydney’s trade arrivals may not just be for depth

At first glance, the arrivals of Ryan Clarke and Jackson Thurlow from North Melbourne and Geelong may just appear as a depth move for the Sydney Swans.

But given the Swans’ history in developing players, there is every possibility that the pair may become key parts in the club’s next premiership tilt.

In previous years, the Swans have shown an ability to get the best out of most players on their list, whether they have been selected in the national draft or the rookie.

It’s the club rookie draft selections which have often captured the headlines, with players such as Dane Rampe and the often-unheralded Nick Smith going on to have strong careers at the top level.

Like the aforementioned pair, the former Cat, Thurlow has spent most of his career in defence only for his time in the AFL to be blighted by injury.

As Corey Enright’s career was winding down, many who had a strong eye towards Geelong saw Thurlow as the man to fill the star defender’s position on a regular basis.

But as his time at the Cattery came to an end, many Geelong fans will often remember him as a player who got injured just as he began to play regular football.

This fresh start could be exactly what he needs.

The move for Thurlow by the Swans indicates they clearly see something in him and are willing to give him every opportunity to forge a consistent career.

Perhaps, most of his opportunities will come further down the track if he is given the chance to shine.

With Heath Grundy in the latter stages of his career, we may well see Thurlow become a regular contributor to John Longmire’s side moving forward.

Clarke, the other player to arrive at the Sydney Cricket Ground during the trade period, joins the club off the back of three seasons with North Melbourne.

Daniel Hannebery and Nic Newman’s departures from the club during the trade period could set to be a major win for Clarke as he looks to establish himself during the pre-season. 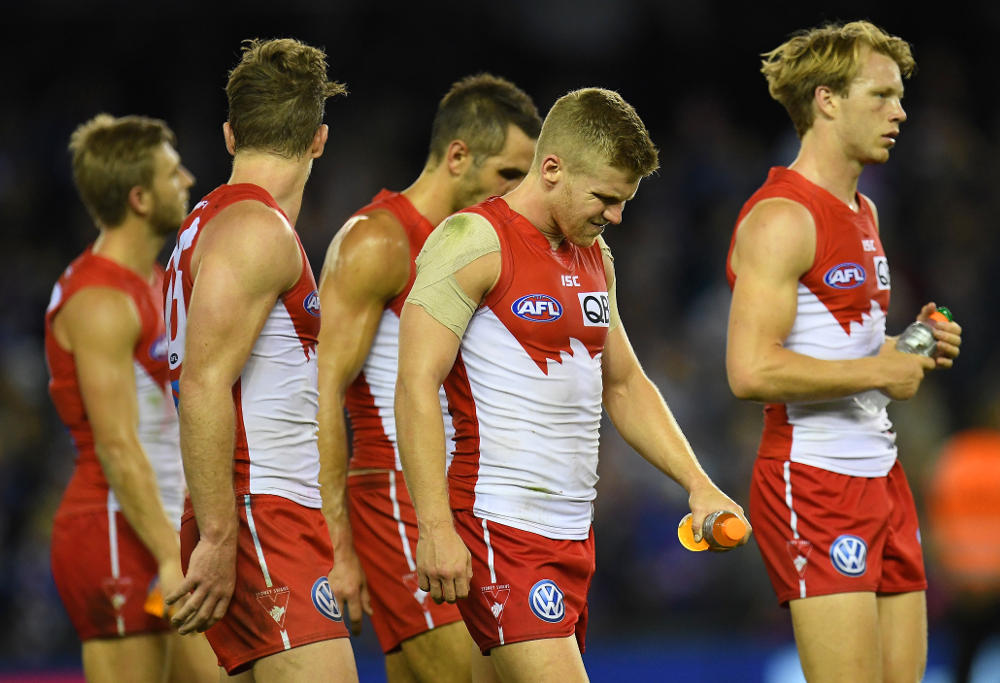 Clarke’s move itself comes as some surprise after he played 19 games for Brad Scott’s side during 2018, bettering his previous tally of 15 last season.

Reports suggested North told the medium-sized midfielder that they wouldn’t be able to offer him an update on his future until the end of the trade period, which allowed the Swans to suit.

While he is often primarily an outside ball user, Sydney’s style to the tough, contested game which they had become known for may allow Clarke to flourish.

One thing is for sure, both players should look at past Swans to make the most of their ability at a new club.

Ted Richards, who joined the Swans from Essendon, is one player who springs to mind.

At the Bombers, Richards struggled for consistent action but when he made the move north he established himself as one of the team’s most reliable performers.

Mitch Morton, formerly of Richmond, may not have enjoyed a long stint at the club, but he did leave his mark.

That indent in Sydney’s history was made during the 2012 victory over Hawthorn in which he kicked three goals.

Most recently ruckman Callum Sinclair has become the club’s number one option after joining way back in 2012 as part of the trade which sent Lewis Jetta to West Coast.

Those three players alone show that new opportunities at the Swans can pay huge dividends and demonstrates what Clarke and Thurlow have to look forward to.

If they do get the best out of the duo, Sydney may have landed some effective bargains.