NFL: Streets ahead of the NRL

As a young boy growing up in country New South Wales, Australia, there was only one sport I truly loved.

I would watch just about any sport on television, from cricket to tennis, to motoGP, but it was rugby league that had my heart.

I played ‘footy’ as we called it, from the age of 6, and 30 years on I still play the game. Although some would question my contribution on the field these days.

When Autumn rolls around each year, I still get that excitement in the week or two leading up to the new season of the professional league, the National Rugby League (NRL), but it’s not like it used to be.

Nowadays, rugby league at the elite level has lost appeal for me and many other avid fans.

Whether it be because of rule changes, inconsistencies in officiating, lack of loyalty in player and coaching contracts or some other reason, fans seem to be disillusioned with the direction the NRL is taking under Todd Greenberg.

Thankfully, around the time my love of NRL started to wane, one of it’s biggest stars decided he ‘had a dream’ and would travel to San Francisco to take on the yanks at their own game.

Jarryd Hayne was a true superstar in the NRL before he left the sport at the end of 2014, twice winner of the Dally M medal (MVP in US speak) and for a period he looked better than everyone else, unstoppable, a bit like a Todd Gurley ‘2018 model’ running-back.

Hayne’s NFL journey was short-lived and he has since found himself back in rugby league but not as the player he was before 2014.

He now has a fight to secure a new NRL contract and some pretty serious legal allegations hanging over his head too, not that he has actually been found guilty of anything. 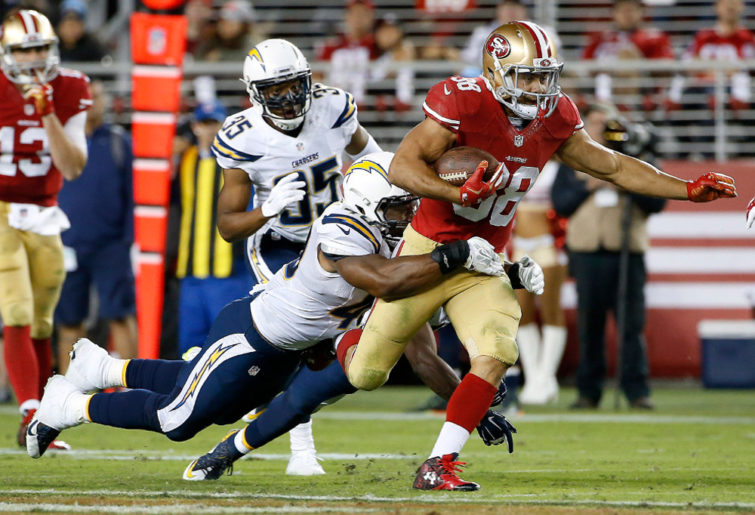 What he was guilty of was converting me to American football in a big way. I now call it my favourite sport and having watched a game live in LA last season, I have developed a soft spot for the Los Angeles Rams.

The fact that they are running rampant over most teams they face this year probably only adds to my passion for the sport.

NFL is real theatre, it is not watered-down at all and its athletes are simply amazing. So today I am going to outline the reasons it has taken over as my number one sport,

NFL Media access is better
NFL players and coaches probably dislike the media as much as any other athlete. Sports ‘journalism’ has become a bit of race to dig-up-dirt in recent years, with so many different news websites and blogs, there is a constant quest to get the exclusive story about some sensational travesty.

The NFL manages its participants disdain for the media way better than rugby league, where there is a growing culture of avoidance of journalists.

Whether it be daily press opportunities or mid-match interviews, the NFL sets strict guidelines with generous media access to teams and this ensures fans are never short of excitement and content, even during the off-season.

You get to know the thoughts of your team’s head coach or quarterback every other day of the week, keeping you in the game.

NFL allows its athletes to show off their amazing physical ability
American footballers are pure athletes. Many of them would be competing at the Olympics or in another professional sport if they weren’t in the NFL.

It is not uncommon to see a player hurdle an opposition defender and keep running, or do a full somersault into the end zone. Of course, these plays carry immense risk but these are allowable because they add to the spectacle of the sport.

Compare this with the NRL who are on a ‘ban everything’ campaign when it comes to player welfare. The gladiatorial side of rugby league is being eroded by the removal of things such as the shoulder charge and over-policing of the tackle.

The man on the street who watches the sport is not being consulted when these rules are changed, and it’s to the overall detriment of the game.

NFL plays numerous games on Sunday afternoons
There’s something magical about a Sunday afternoon at a suburban rugby league ground, watching two teams go to battle in the sun, with a dry pitch and grippy ball.

The quality of the game is often better and the atmosphere of the crowd is buzzing. But this scenario is all too rare under the current NRL TV rights deal, with scheduling tailored specifically to television ratings at the expense of the game day experience.

If Greenberg is looking for reasons for diminishing crowds, this is certainly one of them. Often when there is a Sunday afternoon game, it’s played in a monstrous stadium in front of a small crowd, which is also a despicable look for the sport.

NFL plays matches concurrently
A highlight of my week is getting up early on Monday morning (Australian time) and watching NFL Redzone.

This is a program that shows highlights from about ten Sunday NFL games all happening at the same time – all the touchdowns and big plays are aired.

This is a throwback to the glory days of rugby league – a time you would sit around with your grandfather and listen to the Sunday ‘game of the week’ on ABC radio, eagerly awaiting the ‘around the grounds’ to see if your team had scored any tries since the last cross.

Think of the excitement the NRL could create if it had it’s own version of Redzone. I’d certainly be tuned in. 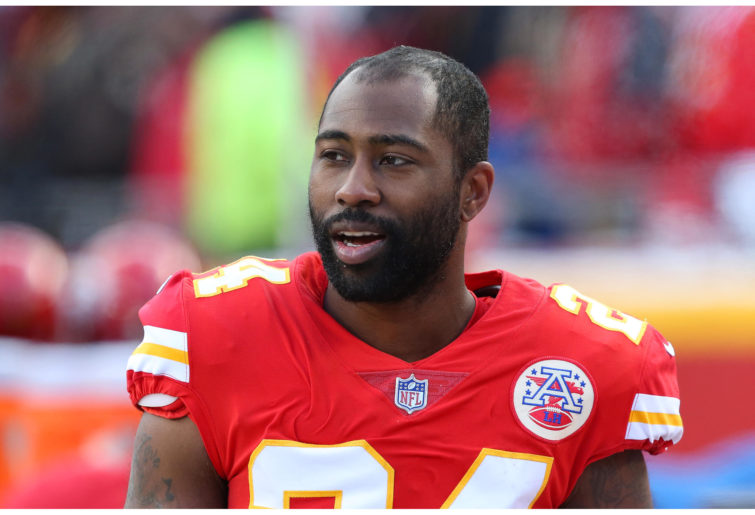 NFL does rivalries properly
I’ve been saying for years the NRL needs a conference system with an increase in local derbies. The NFL is split into eight geographical divisions and each team plays the other three teams in their division twice during a 16-game regular season.

This guarantees many derby games each weekend and of course creates heightened interest in the sport. It’s a no brainer for the NRL this one.

NFL takes its game to the world
Hosting a series of NFL games in London each year is a recent promotion the NFL has undertaken. When you have a spectator sport as good as it does, why wouldn’t you show it off in a city with a population of over eight million?

Instead the NRL insists on taking marquee games to places like Adelaide and Darwin, where, with all due respect, nobody really cares.

NFL has a draft system that works
The NRL (then ARL) scrapped its draft system years ago after it was challenged by a player in court. It has never seriously been considered since. Rugby league now has a salary cap and third-party player sponsorship system that heavily favours the teams with strong ties to the corporate sector.

The NFL draft is one of the biggest events on the US sporting calendar, raking in many millions of dollars in television revenue for the sport and creating a whole other narrative leading into each new season. Rookies in the NFL have their own contract system and this provides lowly teams a genuine opportunity to climb to greater heights the following year.

Having said all that, teams like the New England Patriots seems to have found a way to remain relevant and dominant year on year. I think the point here is whatever sport you follow, there will always be a team or teams that are managed better than others. 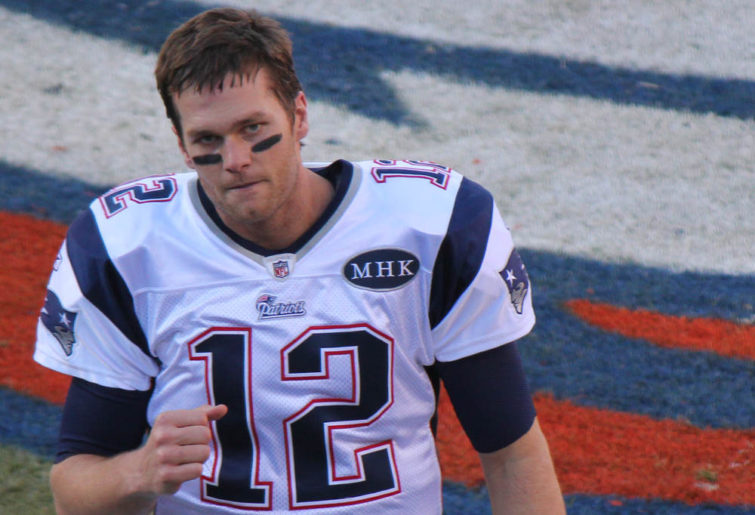 NFL keep its superstars in the sport
For decades rugby league has not been able to generate enough revenue to prevent some of its biggest stars leaving the sport.

Sonny-Bill Williams may have been remembered as the game’s greatest ever player had he not left for rugby union early in his career.

Other stars like Sam Burgess and Israel Folau also left the game for better monetary offers and the potential to travel the world.

Even the game’s eighth immortal, Andrew Johns, seriously thought about playing for the Wallabies. This type of sporting betrayal is almost unheard of in American football, where the game’s athletes are not regularly targeted by big money offers from rival sports.

For all the above mentioned reasons, rugby league continues to lessen in relevance in my mind and in international sport.

The current NRL leadership seems fixated on a direction that is too focussed on political correctness and too reliant on television revenue.

The introduction of an NRL Commission promised to make positive change but sadly it has only removed some important traditions, and taken the sport backwards.

Rugby league is a sport with working class roots, its people are staunchly proud of their traditions, and they love the toughness the sport is known for.

That’s why it was no surprise to me when the NRL Footy Show, a staple on commercial TV in Australia for 30 years, folded the year after it sacked its long time host, Paul Vautin.

The way the NRL is going, rugby league people will all be getting up early on Mondays to watch NFL Redzone before long.