Led by Virat Kohli and Cheteshwar Pujara with the bat and an exceptional display of fast bowling by Jasprit Bumrah, the tourists well and truly deserved the win, their first at the MCG since 1981. The result also means that India have successfully retained the Border-Gavaskar, and the best possibility for Australia is drawing the series.

While the Indians look forward to the traditionally spin-friendly surface of the SCG as they look to win their first Test series in their 70-year history they have been touring Australia, the Australians must pick up the pieces of a Test match that has been labelled as an ‘embarrassment’.

As a fan, an admittedly disappointed fan, here are my five takeaways from a lopsided Boxing Day Test.

1. Brilliant Bumrah
After the Perth Test, I wrote about India’s other exciting players not named Virat, mainly Rishabh Pant and Jasprit Bumrah. While Pant has taken the most dismissals by a touring Indian keeper, Jasprit Bumrah produced a man of the match performance. On a fairly docile pitch, Bumrah bowled exceptionally and earned his just rewards picking up 6/33 in the first innings and finishing with match figures of 9/86.

The slower ball to dismiss Shaun Marsh for me, was a fantastically clever piece of bowling. Using a white ball tool successfully in the red ball game was brilliant, while the Australians continue to use white ball tactics to their demise.

2. Starving the top six
It’s a pretty simple plan, one used in park cricket all the time and one the Indians have adopted this series, especially in Melbourne. Dry up a batsman’s runs and they will do the rest. The amount of Australian wickets that have been labelled soft, especially in this match, was deplorable. Nearly every batsman fell victim to this, besides Shaun Marsh.

Finch’s guided catch to second slip, both Mitch Marsh dismissal’s and even Travis Heads first innings attempt at punching Bumrah back over his head was unnecessary and ended in his demise. The Indian attack just tightened the screws and bowled to plans while the Australian batsman complied by placing small prices on their wickets.

3. Patient Pujara
While a 300-ball century isn’t the most exciting viewing, Cheteshwar Pujara’s second century of the series was equally as important as his first. Occupying the crease for the majority of the first two days, Pujara’s ability to grind down the Aussie bowlers while the likes of debutant Mayank Agarwal (76) and Kohli (82) attacked from the other end allowed India to build match-winning partnerships.

The 170-run partnership he shared with his captain was not only the highest run partnership for the series but eclipsed the entire Australians first innings by 19 runs. As he did in Adelaide, Pujara’s ability to play a role for his team was vitally important and earnt him individual success as well.

4. Lesson learned
India are right on top in this department this series, and that’s learning from mistakes and not repeating them. Whether it’s chasing wide balls and snicking off or opting to not play a specialist spinner, the Indians have acknowledged their mistakes, rectified them and it has paid dividends. Australia, not so much.

This test match was full of repeated mistakes from the Australians, from nearly everyone, with Pat Cummins being the exception.

I don’t mean to harp on him because I believe he’s been one of Australia’s better-performed players this summer, but the way in which Travis Head was dismissed in both innings was disappointing. He’d make a start, look settled, get tied down for a few overs, attempt a big drive, bowled. Both innings. If you cast your mind back to Perth, exactly the same thing.

Made a start, tempted him outside the off stump with wide line bowling, slash down to third man, caught.

This is just one example of mistakes repeating themselves during games by individuals in the Australian Test team, and it’s not just Travis Head. Aaron Finch and Mitch Marsh were in the same boat, while Josh Hazlewood seemed to continue to search for a swing that wasn’t there.

5. Positive Patty
There were nearly no positives to come from this Test match except the brilliant performance from Pat Cummins. From day one of the Test he was the one leading the charge for the Australians, and at times seemed to be the only one up to the fight. 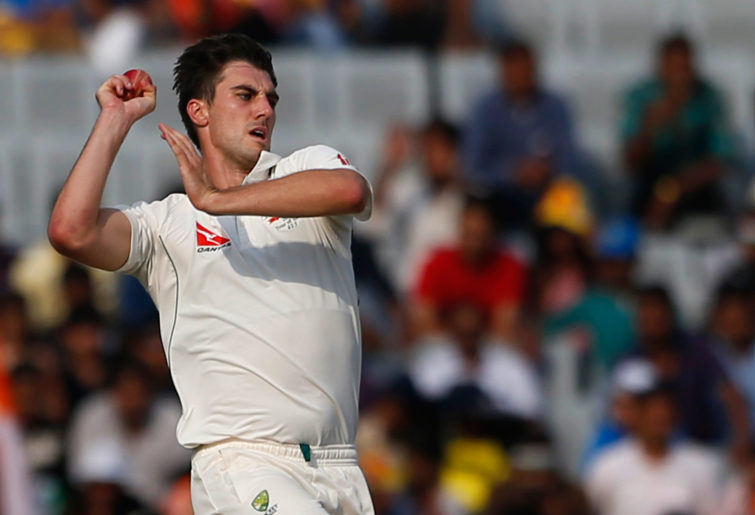 While there was massive negatives in this match (the result, the selection of Mitch Marsh, Aaron Finch’s failure opening to name a few), I’ll look back positively on the day I witnessed Pat Cummins dismiss Virat Kohli for 0 after a day of disappointments at the MCG.