Is Nick Kyrgios the most overrated player in world tennis?

If at the age of 19 someone had beaten Rafael Nadal, at 20 ousted Roger Federer, and at 21 Novak Djokovic, that person would be highly rated.

Nick Kyrgios, who beat these tennis greats in their first encounters, is such a person.

Praise has been heaped on the now 23-year-old from many hall of famers.

John McEnroe, a seven-time slam winner, said: “Nick to me is the most talented tennis player of the last ten years I’ve seen.”

Chris Evert, who won 18 slams, said: “We can just stand by and marvel at his talent.”

Eight-time slam champ Andre Agassi said: “Nick Kyrgios has a talent that is potentially unparalleled in the tennis world.”

However, as we all know, talent can only get you so far.

Throughout the young Aussie’s career, Kyrgios has failed to make it past the first round of a slam on six occasions. His most recent of which was yesterday’s straight-sets loss to Milos Raonic.

Since he made it to the quarter-finals of Wimbledon and the Australian Open as a 19-year-old in 2014 and 2015 respectively, Kyrgios has reached the fourth round a mere three times.

For a man touted as a ‘future world number one’ by some and a ‘grand slam champion’ by others, Kyrgios goes out at a slam in the second or third round on average.

According to ATP Tour statistics, in the last 52 weeks, Kyrgios is well outside the top 50 in terms of converting break points (21.1per cent) and return games won (12.8per cent).

Combining these with the first and second-serve return points won, the Aussie ranks at 88th out of 98 listed – behind the serving giants of Raonic and Kevin Anderson. 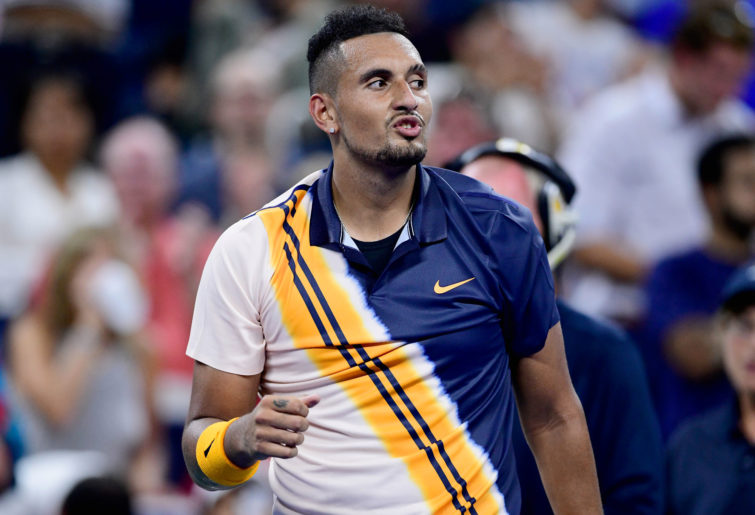 Just two of the players he has beaten in his five years of playing in grand slams have been top teners: Nadal and Raonic, which admittedly is no mean feat.

But outside of this, he has only beaten a seeded player (top 32) twice. In his 18 wins at this level, the average ranking of his opponents has been just shy of 75.

In comparison to those of his age and below, Kyrgios, now ranked at 67 in the world, is behind unheralded youngsters Cameron Norrie (64), Matteo Berrettini (52), Nicolas Jarry (40) and Frances Tiafoe (35).

Players who did not get nearly as much praise as Kyrgios, including the likes of Alexander Zverev (21), Karen Khachanov (22) and Borna Coric (22), have all achieved higher rankings than him.

They all have their heads switched on and are leaving their older and more-talked-about rival behind.

Now to his strengths. According to all the serving statistics, Kyrgios ranks fourth behind John Isner, Ivo Karlovic and Raonic.

He’s won four titles, one of which was at 500 level, and on his day he can beat anyone.

He has a 2-0 head to head record against Djokovic, is 3-2 down against Nadal and has played some absolute classics against Federer too.

This does not happen nearly often enough, however.

Step away from the hot shots, tweeners and highlight reels, you are left with a talented player who has not delivered on his potential and consistently underperforms.

This does not look like this will be remedied any time soon. 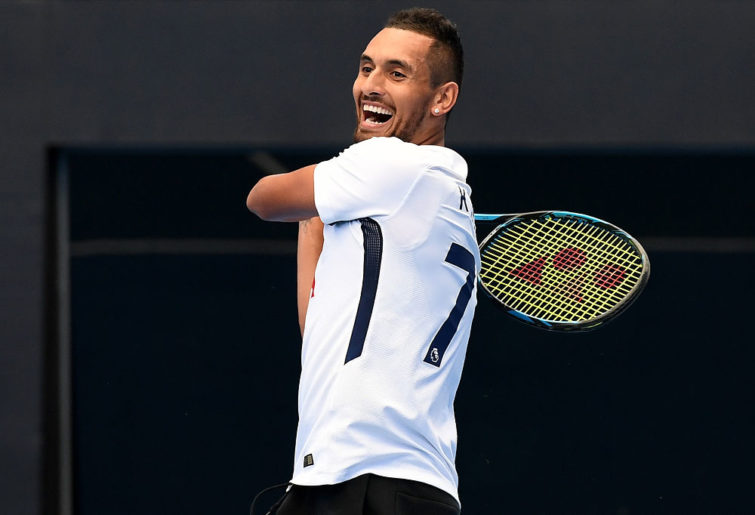 Unless things turn around, Kyrgios will be remembered for the unsavoury acts he has committed.

He was accused of ‘tanking’ in his loss to Richard Gasquet at Wimbledon in 2015.

A couple of months later, at the Rogers Cup, he caused controversy on court for telling Stan Wawrinka: “(Thanasi) Kokkinakis banged your girlfriend.”

And at the 2016 Shanghai Masters, he asked the umpire: “Can you call time so I can finish this match and go home?”

His talent is considerable, but he has to be one of the most overrated players in the game today, going by his results and the fanfare that follows his lead.

As the lead singer of Arctic Monkeys, Alex Turner, once said: “Don’t believe the hype.”