Eight new teams have been added to the roster for the upcoming season of Overwatch League, which commences this month.

While many are speculating about how well these teams will position themselves thanks to their players and team compositions, I wanted to talk about something far more important

How well any team will do in the Overwatch League can be a bit hard to tell before matches start playing out but something we can judge straight away is their fashion sense.

When choosing a team to barrack for, sure, you can look at the players and ability. You can even choose to go with a team that feels like a good fit for representing your home.

However, at some point, you might find yourself thinking about buying merchandise to wear proudly in support and then you’re going to wish your choice involved a little more scrutiny when it comes to colours and logos.

Easily the worst new team from this standpoint is the Vancouver Titans. They’ve chosen a dark blue and treefrog green colour scheme with highlights of white. This all comes out a little swampy when looking at their official skins and gives them some sort of bright bayou camouflage feel. 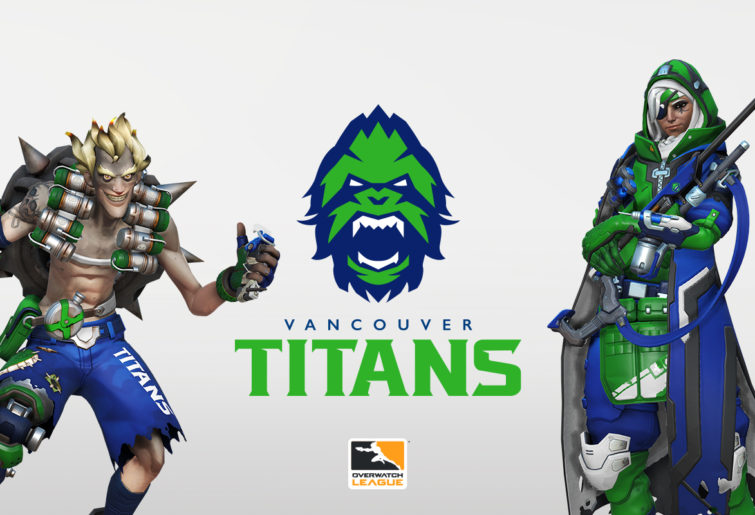 ‘Blue and green must not be seen, unless there’s something in between’. Yikes. (Photo: Blizzard Entertainment)

It does have a slight Ninja Turtles appeal but only if you’re into Leonardo who is also, arguably, the most boring of the heroes in a half shell. It doesn’t help that the Titans logo is just a yeti yelling, which is confusing because that doesn’t scream ‘Titans’ to me, as much as it screams ‘ARRRGGGHHH’.

Next up is the first team ever from France, Paris Eternal. You’d expect one of the fashion capitals of the world known for fine art and general style to sit higher in the rankings, but alas it was not to be.

You see, Eternal messed up straight away by choosing a rooster as their logo. While closer inspection reveals that there’s an infinity symbol cleverly hidden in this rooster, it’s still a rooster. Infinite rooster seems like it could be a good logo for a fast food chain but not so much for the Overwatch League. 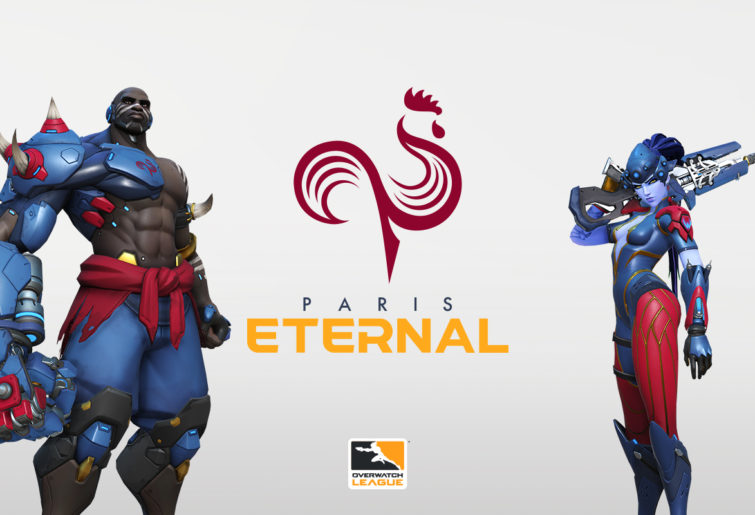 Can I take your order? (Photo: Blizzard Entertainment)

You’ll also wind up with a jacket that someone will eventually point out has an unending cock on it, which may or may not be what you were going for.

Colour-wise, Paris didn’t do too badly when it comes to skins and potential merch but it’s not particularly eye-catching.

There’s a powder violet as the main base which doesn’t appear in the logo at all, but the deep blue-based red from the rooster appears as a secondary colour. The gold from the logo makes a brief appearance in the skins but it seems odd that you wouldn’t immediately match the logo with the skins.

They do still, however, also come with the Eternal cock branded on them, so again it’ll depend how into that idea you are in the end.

Washington Justice is next in these rankings but mostly just for lacking in creativity. They sport a red white and blue shield and I don’t know where on earth we’ve ever seen one of those before.

These apparent American captains do have some appeal with the sheer gall of it all. I can see fans of Americana enjoying getting behind this team but there are simply better and more original choices on offer. 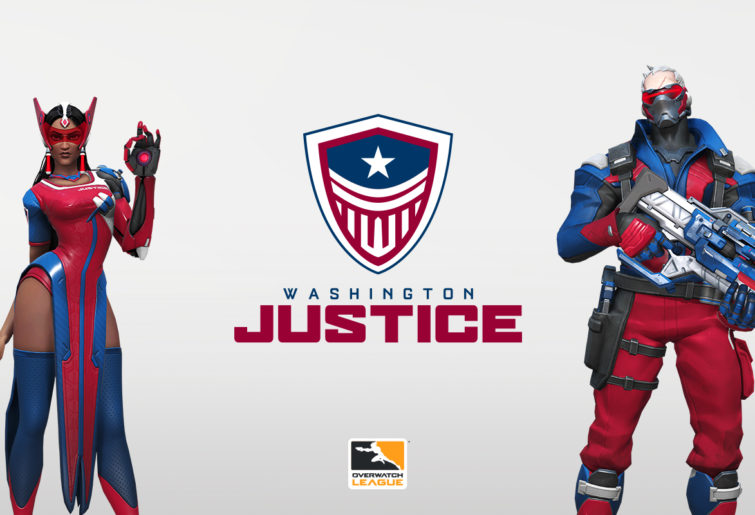 The next team is actually very difficult to rank. The Chengdu Hunters logo is straight up just a ticked off looking Panda. Just one look at this panda and I am immediately 100 per cent certain it will ruin me and anybody else who crosses it up.

It’s so excellently disgruntled that I don’t even question the logic behind assigning a vegetarian bear as a mascot to a team named Hunters.

Where things get murky is with the colour scheme which seems to just be yellow, white and grey. Bright yellow skins don’t look good on the Florida Mayhem despite their excellent logo and they certainly won’t be redeemed by a cantankerous panda.

They’ll make good pins and logo based merchandise, but only the most styling of Overwatch League fans are going to be able to pull off one of Chengdu’s jerseys. 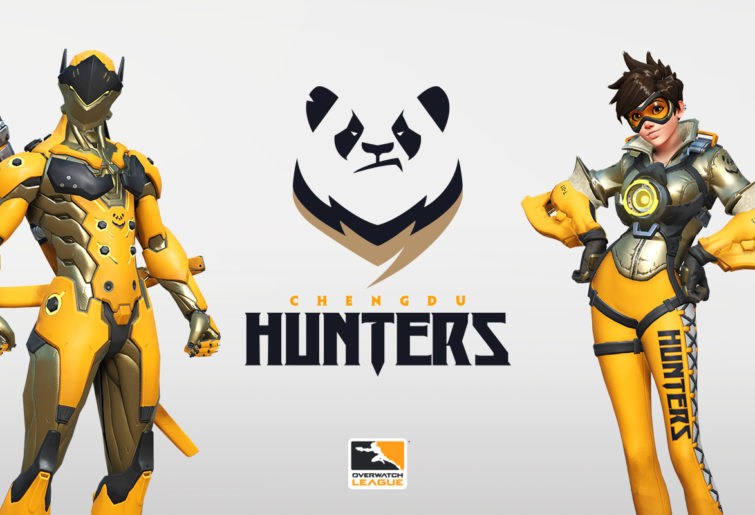 Logo? Good. Colours? Not so much. (Photo: Blizzard Entertainment)

Atlanta Reign and Toronto Defiant are a tie for the next spot on this list. Both have gone with deep red and grey palettes with Toronto leaning on the darker side.

I absolutely believe Toronto wins out when looking at the mix of colours and character skins, but Atlanta’s logo is a lot cooler at first glance. I say this after looking at Toronto’s TD combination logo for a while now trying to see if I’m missing a hidden design.

I’ve come to the conclusion that I probably am but if I have to look this hard and can’t find it, no one looking at your sweet snapback will notice it either. 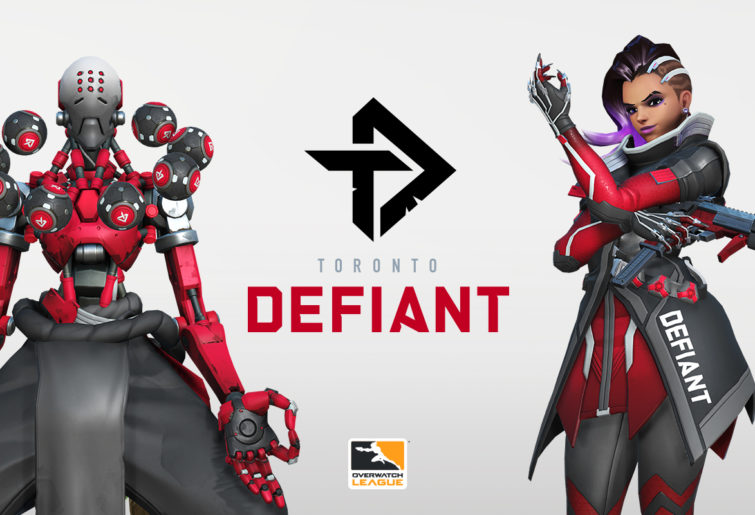 There’s got to be more to the ‘TD’… surely. (Photo: Blizzard Entertainment)

Atlanta, on the other hand, sports a sweet phoenix logo which is clearly a better choice than just some letters or a rooster.

It also looks rather team Valor for all the remaining Pokémon Go players out there who want to double dip. If we could combine these teams’ aesthetics they’d be contenders for the top spot on this list but, as they are, their merch isn’t likely to impress any of your friends. Although, thankfully, it won’t embarrass you either. 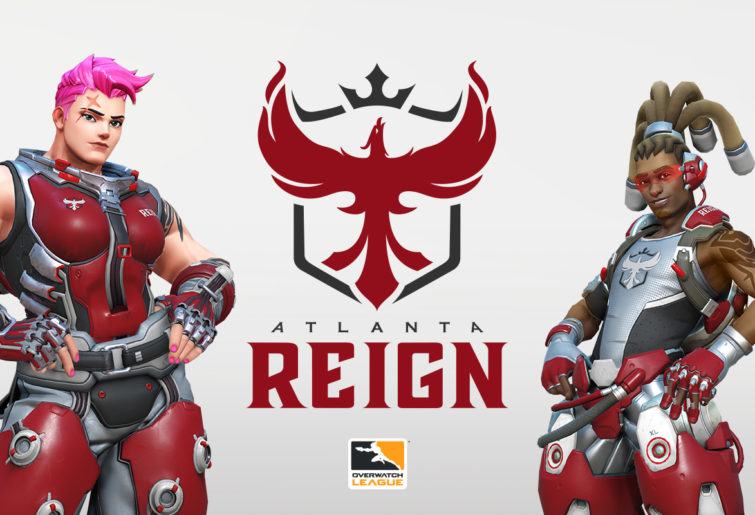 The semi-finalist for best new Overwatch Team (based entirely on colour and logo) is Ghaungzhou Charge. When I first saw these, I was very into the double blue colours with teal highlights.

There’s something impressive about committing to a very small part of the colour spectrum and coming out looking good rather than bland. It’s also very different to all the other league skins we’ve seen despite having a plethora of other blue teams to pick from.

Guangzhou managed to do something unique with an old idea and it looks really nice. Where I wasn’t sure was the logo, it’s just another pair of capital letters. This was until I noticed the negative space between the Charge’s G and Z forms a cool lightning bolt.

It’s subtle enough to make you feel smart when you see it and owning merch that’s going to look cool and make people feel smart is a sure-fire way to make friends, I assume. 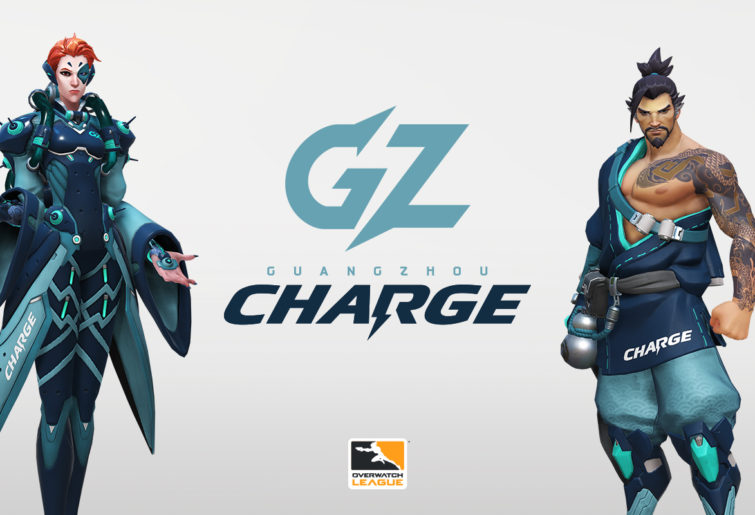 Now, I wasn’t necessarily sold on crowning Hangzhou Spark the winners of this aesthetic ranking at first. I can’t deny that their baby blue and light bubblegum pink styling is anything less than amazing but I tend to have a personal preference for darker colours.

However, when I tweeted about making this list, the overwhelming support for this team’s look was clear. People are all about these fresh new colours and I can’t blame them, it really is a cool look. There also isn’t another team in the entirety of Overwatch League currently sporting pink so anything you end up owning will be undeniably Spark.

There’s also just something incredibly nifty about their logo. It’s a finger-gun, but electric – a finger-taser? I guarantee you finger-guns are going to become this team’s ‘Shields Up’ and doing finger-guns is always fun and cool. I also really enjoy the little flourish of blue lightning behind the ‘Spark’ that kinda reminds me of a cool decal on a 90’s car.

Additionally, I know we said we weren’t going to discuss this, but Hangzhou have secured Guxue (Xu Qiulin) as their main tank, who was an absolute Winston machine during the Overwatch World Cup.

You get to sport a bright pink and blue jersey while having a team that is very likely to kick some significant ass while also wearing those same colours. If Spark isn’t the clear choice from the new Overwatch League teams, I don’t know who is. 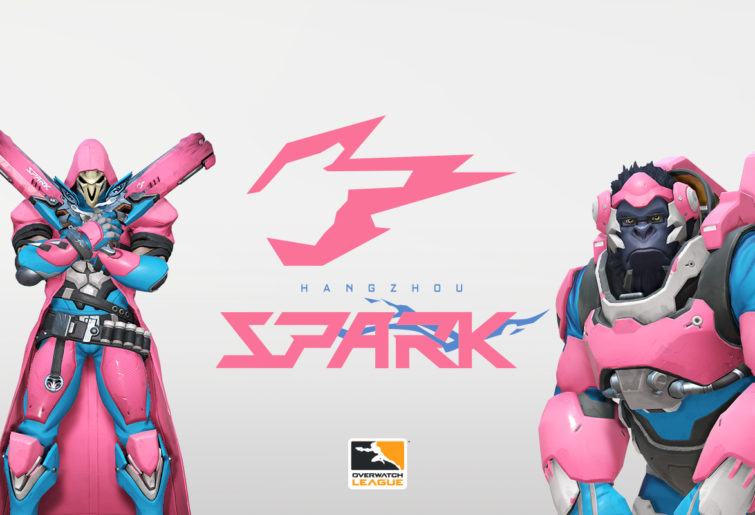 The people have spoken, and they love the pink. (Photo: Blizzard Entertainment)

Whether they can stand up to original best Overwatch League team Houston Outlaws though is a hard sell.

The Outlaws old school gun skull logo and radioactive green on black is still probably the best-looking team in the pack perhaps followed by the very suave Seoul Dynasty’s gold and black tiger.

I think Spark has a good chance at rivalling these, but we’ll just have to wait and see what the official merch ends up looking like when the League starts again.