Will Knight
Expert
4th April, 2019
14
Join the conversation
Advertisement
Write for The Roar

The viability of the Nations Championship, pre-World Cup player workload management, changing the Crusaders’ name and the Sunwolves’ Super Rugby axing – there’s plenty of complex and emotive issues currently being debated in rugby.

But like Perry Baker with the ball and with room to move, let’s jet away from those dilemmas and indulge in something much simpler. And with instant gratification.

They start today, and if you’re not there right now and haven’t been before, you should be planning your trip in 2020.

The three-day tournament is one of the best sporting events I’ve been lucky enough to attend and is a must-see, if only once, for all rugby diehards.

Super Rugby is a high-quality and diverse competition. We’re treated to the best of the Southern Hemisphere going at each other for almost five months, and despite recent struggles with its structure and some waning interest, it remains a revered competition.

It feels like this year, being a World Cup year, there’s been a surge in intensity on the field and forensic analysis off it as clubs and countries manoeuvre towards the tournament in Japan starting in September.

But as another scrum was reset late in the game in Newcastle as the Sunwolves ground down the Waratahs, and when a day later the Reds were massively underwhelming in their loss to the Rebels, there was also a feeling that the Hong Kong Sevens were arriving at a decent time.

It will be welcome to watch tries mainly generated by scintillating speed, side-to-side passing and impulsive trick plays – of course with plenty more space to move in on the Sevens field – as opposed to the sometimes laborious ten-phase pick-and-drive tries that can be the preference of teams close to an opposition line in the 15-a-side game.

Plus, as a spectator, particularly in the Hong Kong Stadium’s infamous South Stand, there’s often as much to look at in the crowd as there is on the field.

One of the highlights from 2016 when I was there was a punter who had dressed as Kim Jong-un, with accompanying bodyguards around him. He even had someone dressed as Dennis Rodman with him. Well played! 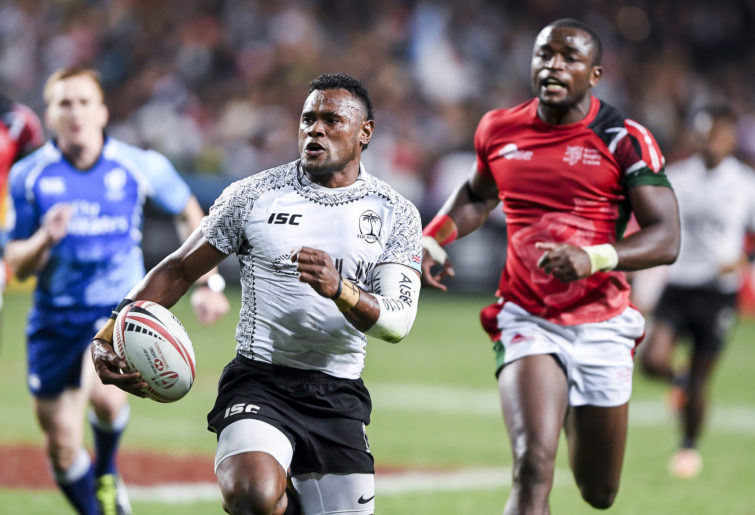 David Hasselhoff and the Proclaimers were the on-field entertainment that year too. Yes, the Hoff. It worked, believe it or not. Maybe it was because many in the South Stand had been sipping on jugs of beer since mid-morning.

There’s all kinds of colour and quirky characters parading around over the three days, in which the crowd number hits close to 120,000.

It’s why Hong Kong is regarded as the premier tournament on the World Rugby Sevens Series for players and fans who make it to the stadium that’s nestled in the hillside in the area of So Kon Po in Causeway Bay.

One of the most endearing elements of the event is the diversity of teams competing. With 28 teams represented, it includes the core rugby nations and also teams from outside the men’s and women’s World Series who battle it out aiming to qualify to play in the next season’s full circuits.

This year qualifying teams include Jamaica, Germany, Cook Islands, Uganda, Chile and of course Hong Kong. Some of these encounters provide the best entertainment in the tournament.

There’s great camaraderie during the event, which feels hard to come by currently in the 15-a-side game as the big rugby nations seek to protect their turf and not concede anything in the Nations Championship political battle. Of course that’s not surprising given each national ruling body is motivated to ensure they get the best commercial deal available.

Conceded, the Hong Kong Sevens is also a commercial event and was interestingly one of the first rugby union tournaments to attract major sponsorship when Cathay Pacific backed the inaugural event in 1976. But it doesn’t feel overly commercial when attending live. 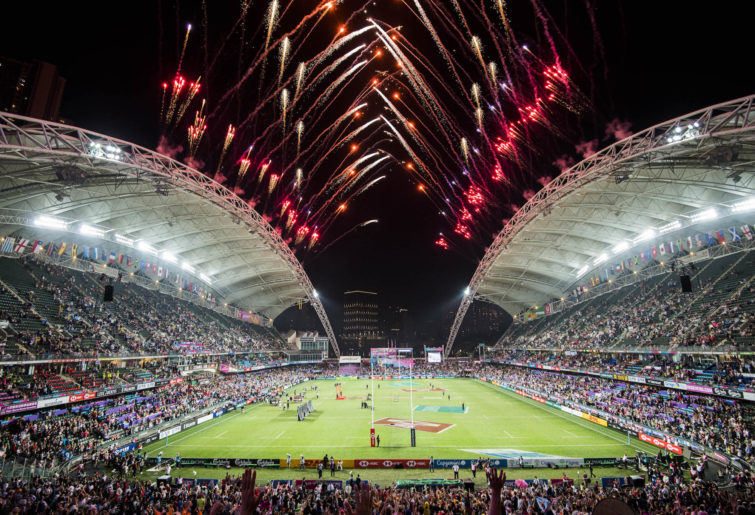 It’s a great celebration of rugby, a cosmopolitan mix of teams and fans who come together for three days. You’re a real warrior if you can push through all three days.

The United States are the surprising World Series leaders heading into Hong Kong, where they’ve never won the title.

Fiji have won the tournament a record 18 times and have triumphed in each of the past four years.

Australia sit in sixth spot in the standings with a fourth in the season-opening tournament in Dubai, their best result so far this campaign. And they face their hardest pool challenge of the season, having been drawn in the ‘group of death’ with Fiji, New Zealand and 2018 finalists Kenya.

Adding extra motivation in Hong Kong, the top four teams earn a place in the sevens tournament at the 2020 Tokyo Olympics.

Many countries are looking to protect their own interests or to move as a bloc, with massive money at stake.

The Hong Kong Sevens strips back the politics, if only for a few days, and reminds us what’s positive and compelling about rugby and celebrates the virtues of its rich cosmopolitan composition. 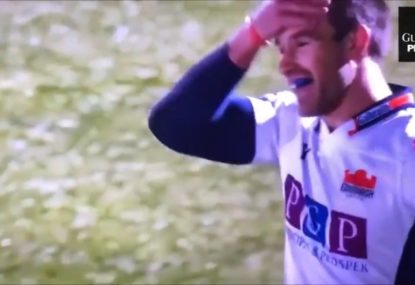