The greatest sporting battle this country has to offer has arrived for another year, with State of Origin set to come to life again in Brisbane. Welcome to The Roar’s expert tipping panel for Game 1.

As you have seen right throughout the NRL season, I’ll be joined by AJ Mithen, Stuart McLennan and The Barry for each of the three Origin games to run the rule over who is going to win and why, as well as the margin, first try-scorer and man of the match.

This year’s Origin series will see the Maroons try to hit back after losing 12 months ago, and the pressure is on for Queensland, who are lacking depth in the backline and struggling with injury problems.

It feels like a proper changing of the guard this year, with Greg Inglis the final big name from their era of dominance to pull the pin, leaving Daly Cherry-Evans to captain the side.

He will line up in the halves alongside Cameron Munster, who was probably first picked for this side, while Kalyn Ponga is the fullback.

The big news is that Queensland will go in without a recognised number nine as Ben Hunt starts at hooker, and Moses Mbye plays from the bench.

The Blues, despite winning last year’s series, still come in with plenty of fresh faces. However, they have stuck with an out-of-form Nathan Cleary, who is joined in the halves by Cody Walker after injuries to Luke Keary, Mitchell Pearce and Adam Reynolds made the halves combination fairly obvious.

Be sure to get your tips in on the form below to form part of The Crowd as you attempt to beat the experts. The form will close at 6pm (AEST) on Wednesday evening.

Queensland Maroons by 4
We’ve got a pretty evenly matched series this year, injuries or no injuries.

Queensland have some young bucks and Origin rookies coming up against the shield holders. We’re used to Origin being tight, grinding affairs but with a bit more industry and flair, we could see a more high scoring series in 2019.

Personally, I’m very interested in how Kevin Walters intends to use David Fifita and Joe Ofahengaue, who are undoubted talents but aren’t playing regular big minutes for Brisbane.

How will Walters make sure they’re not cooked and useless after 15 minutes in possibly rugby league’s most intense environment? You can guarantee Brad Fittler will be sending the house, the garage, the car and the granny flat their way to make them do a lot of work.

I like the New South Wales forwards, but I like the Queensland backs more. Looking forward to a series where for the first time in a long time, it’s a genuine mystery as to how this will pan out.

New South Wales Blues by 4
New South Wales will be able to continue the momentum they built up from last year’s series and overcome a determined Queensland side in Brisbane.

It will be the big boppers David Klemmer and Paul Vaughan who will set the platform for the likes of Latrell Mitchell, James Tedesco and Josh Addo-Carr out wide to put points on the Queenslanders.

However, it’s imperative for the Blues to quell the obvious threat provided by Queensland strike weapons Cameron Munster and Kalyn Ponga if they are going to leave Brisbane with a 1-0 series lead.

Origin eve always brings a sense of excitement and anticipation, but this year it’s heightened again. The combatants that have taken part for the past decade have pretty much all moved on now.

It really feels like this series is the dawn of a new era in Origin and none of us knows what the next two, five or ten years look like.

With game 2 being played in Perth this year, this game takes on immense importance. From a Queensland perspective, the series could be run and won before they even have to play in Sydney. Conversely, if the Blues get up at Suncorp, they could have the series in the bag before they come home.

NSW’s game will be based on winning the forwards battle and the ruck to get Damien Cook a sniff out of dummy half. You’d imagine that Nathan Cleary will do the bulk of the kicking and guiding the team around the park, with Cody Walker taking over in the red zone, unleashing Latrell Mitchell and James Tedesco.

Queensland’s team looks to have so many focal points in attack. They can go to Cameron Munster, Daly Cherry-Evans or Kalyn Ponga, plus Ben Hunt out of dummy half. They’ll be looking to slow the play the balls down to limit Cook, Walker and Tedesco’s broken play opportunities. I think they’ll play with 16, with Mbye only getting a run if someone gets injured.

$21 is available for Cody Walker to be first try scorer which seems generous considering he’s leading the NRL count. 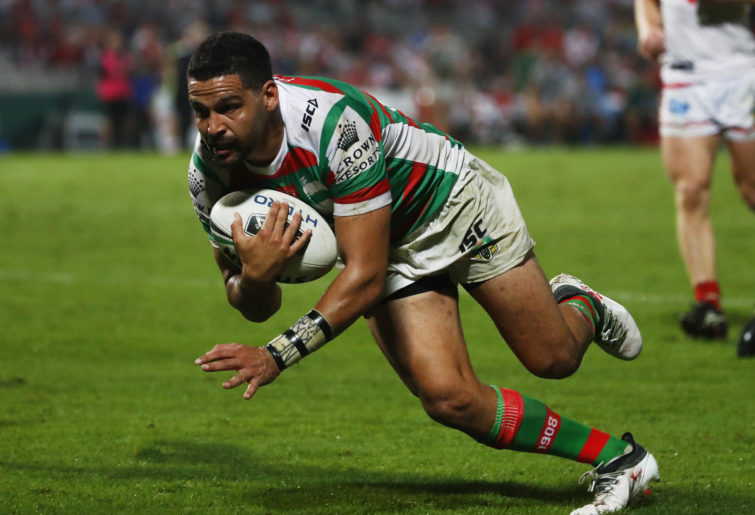 I’ll take Tedesco for man of the match. He’s owed from last year

New South Wales Blues by 10
Being honest, this is the first time I’ve been confident about the Blues heading into an Origin series for the first time in over a decade.

The Queensland team, on paper at least, look pretty weak, and while I’m not convinced the Blues have picked the best 17 they possibly could have, it’s not far away from the mark, and should be more than good enough to dominate this series if they play to their potential.

However, the important footnote here is that State of Origin is not a game played on paper. It’s a game played between 34 guys who have been selected to go out and win a game for their State, and is one of the most passionate rivalries in sport.

For that reason, it’ll be close again, and it’ll be a war until the final minute, with Queensland’s forward pack still providing them plenty of experience and talent.

They will need to dominate and let Daly Cherry-Evans – who hasn’t played for five weeks – to go to work with his kicking game.

While Nathan Cleary’s form hasn’t been impressive, he just needs to focus on his kicking and let James Tedesco, Cody Walker and Damien Cook play around him. The Blues outside backs are also the stronger of the two.

As long as they can match it up front – and they should, with David Klemmer and Paul Vaughan both in the top five front rowers so far this season leading the way – then they should get up.

The big problem, of course, is that Game 1 is played at Suncorp Stadium. Still, the Blues should head to Perth up one-zip.

I’ve got a funny suspicion New South Wales will try to make a statement up the middle early, so let’s take Cordner for first try, while Tedesco has never disappointed in his games for the Blues so far, so he is my tip for man of the match.

Don’t forget, you can form part of The Crowd’s tipping as you try to beat the experts by tipping on the form below. It will close at 6pm (AEST), with results then to be revealed in the following table, and in the comments section below ahead of kick-off to the biggest rugby league series on the planet.