Where will John Longmire be coaching in 2020?

The Roar
3rd July, 2019
10
Join the conversation
Advertisement
Write for The Roar

Two coaching changes have taken place already this season, but the biggest name on the coaching rumour front at the moment is easily Sydney’s John Longmire.

North Melbourne have officially flagged their interest in poaching the 2012 premiership coach and, despite having a year to run on his contract, his responses to speculative questions on his future have been far from convincing or definitive.

So, is ‘Horse’ headed back to club he played for? Or is this all just games to drive up his price with the Swans?

Roar AFL expert Adrian Polykandrites joined us on the Game of Codes podcast to work out just where Longmire will be coaching in 2020 – and which club is better for him.

Longmire wasn’t the only coach who’s future was discussed. We also looked at whether North Melbourne’s vastly improved form under Rhyce Shaw has hurt Brad Scott’s chances of finding a new home next season, as well as which other coaches would be feeling hot under the collar come the end of the season.

Today my list analysis and offseason preview series continues with the North Melbourne, who switch coaches mid year and had a decent run thereafter, but could rise no higher than 12th. 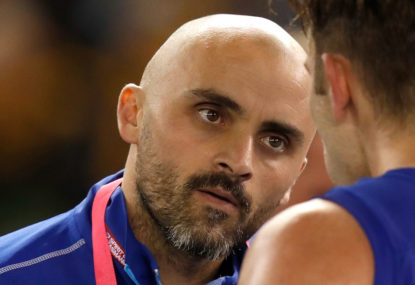