We have all heard the criticisms: those brats Bernard Tomic and Nick Kyrgios are an embarrassment to the country.

They should pull their heads in. If they don’t like tennis they should let someone else play. The negativity is extreme, and somewhat justified, even if I believe the world is much more fun with Kyrgios in it.

My issue is the rather strange stance Australian tennis fans, and even the general public have towards these two players. Their antics have long been a problem, such as their tendency to tank games when things go against them or they can’t be bothered anymore, and their abrasiveness in interviews and press conferences can be very repellent.

So to introduce my view on the way they are viewed by the public, I’ll point to the women’s US Open final last year.

If it’s so disgraceful that Serena took the attention away from Naomi Osaka, why don’t we just focus on Osaka instead? Significantly more time was spent saying how awful it was that her big moment was ruined than it was actually talking about her big moment. Why? Because we’re drawn to negativity, but we pretend not to be.

Both Tomic and Kyrgios drew attention very early in their careers. Tomic won a first-round match at the Austrian Open as a 16-year-old, and Kyrgios knocked none other than Rafael Nadal out of the 2014 Wimbledon when he was only 19. Naturally, on both occasions the Australian public anticipated the next big Australian star.

The accepted perception now is that Tomic will never live up to his potential while Kyrgios is very unlikely to, and because they are both broadly disliked for their personalities, they are seen as an embarrassment to the country. Now, let’s get a little bit of context here.

Many readily compare them to Lleyton Hewitt, who in recent years seems to have become the Australian tennis darling. This has presumably happened because now that he has been around a long time, his legend has grown, and his role in coaching, as well as the maturity that naturally comes with age, he is no longer the controversial youngster he once was.

At his peak, Hewitt regularly attacked umpires during games, goaded his opponents, used injuries as an excuse for defeat and on occasion would not shake the chair umpire’s hand after a game. Yet he is only remembered for embodying the rather mythical ‘never say die’ attitude which supposedly embodies the Aussie spirit. Because of this, he gets away with everything else. But there is another reason: success.

Haven’t we all heard that it does not matter how good or bad a player is, all that matters is they give their all? This is a lovely theory, but one wonders if Hewitt had not won two Grand Slams early in his career, would he still be considered so highly? After all, Wayne Arthurs and Chris Guccione always tried their best, but no one talks about them. Perhaps because neither ever reached a top 40 ranking?

The current crop of other Aussie men have a similar issue. This year’s men’s Wimbledon draw included seven Australians, yet how much time has anyone spent talking about the five that aren’t Tomic or Kyrgios? If they’re an embarrassment to the country, why not talk about Alex de Minaur? At 20, he has already reached the third round of three different Grand Slams.

But he wasn’t 16 at the time, and he didn’t beat Nadal. Or could it be that no one is as interested, because he isn’t controversial? 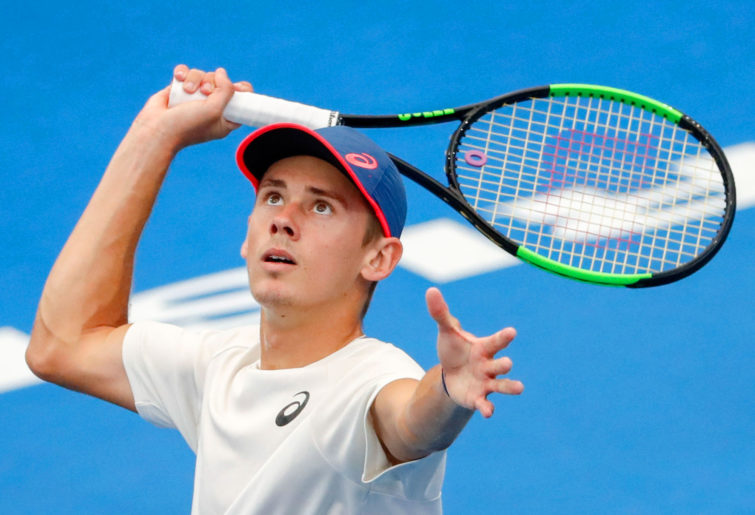 Then consider John Millman, for example. Surely he embodies that fighting, never give in attitude we supposedly respect so much. He had only ever reached one Grand Slam tournament by the age of 25, but was always determined to be the best player he could be.

Then last year, aged 29 he reached the US Open quarter-final, beating none other than Roger Federer along the way. Many Tomic and Kyrgios critics had never heard of Millman before then, and haven’t heard about him since.

So I certainly understand the attraction to the two bad boys. The swagger, the controversial comments and the fact they are ultimately indifferent to the sport itself, is a source of frustration to many. But it is surely ludicrous to one the one hand tell them to stop taking the opportunity away from others who deserve it more, and on the other, not bother to learn the names of the Aussies who are also there.

But hey, if the headline had their names in it, no one would’ve been interested.