Wimbledon is over for another year.

While Simona Halep claimed her second major title in the shortest women’s final seen at the tournament for a while, all the talk will be about the historic men’s decider involving Novak Djokovic and Roger Federer.

In response to the two epic semi-finals last year, where Novak Djokovic and Kevin Anderson won by 10-8 and 26-24 in the final sets of their respective matches against Rafael Nadal and John Isner, Wimbledon introduced a new rule where, at 12-all, a standard tiebreak would be used to settle things.

This ensured that the match between Isner and Nicolas Mahut in 2010 will remain unmatched as being the longest ever professional match played in tennis history, in which the final set read 70-68 in the American’s favour and a number of tennis records were shattered.

The new rule was invoked for the first time in the men’s singles final, which will go down in the record books as being the longest men’s championship match played at SW19 by measure of minutes played.

History will say that it was Novak Djokovic who prevailed over Roger Federer in a brutal near-five hour Wimbledon final which will surely out-rival the 2008 and 2009 deciders for the quality and standard of tennis played. 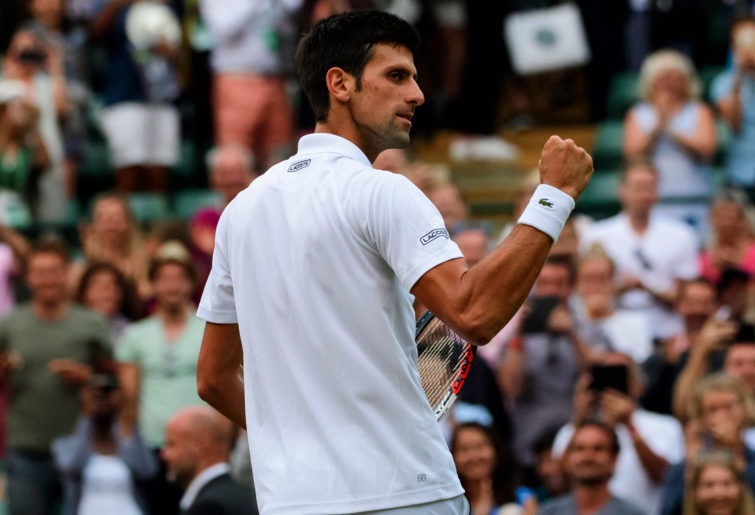 The potential was there for another epic duel between the two, the pair having previously contested four major finals against each other, including two at the All England Club (both won by Djokovic in 2014 and 2015).

After Federer won the pre-match coin toss and elected to serve first, the opening set went to a tiebreak, which Djokovic would claim by seven points to five.

But it only seemed to fire up the Swiss Maestro, who would waste little time in levelling the scores by claiming the second set for the loss of just one game.

Djokovic would then claim the third in another tiebreak, before Federer further extended the match by taking the fourth set after breaking in the tenth game, but not before facing a break point for the first time in the contest in the previous game at *5-3.

And so, the Wimbledon men’s final would go to a one-set championship shootout for the first time since 2014.

The Serb gained the upper hand early in the last, breaking for a 4-2 lead, before Federer broke back to put it back on serve. Then, the Swiss Maestro broke in the sixteenth game and earned two championship points on his serve.

Any chances he had of becoming the oldest major winner in the Open Era were quickly wiped out as he put a forehand wide on the first championship point, while Djokovic saved the second with a cross-court forehand winner of his own.

He also would’ve emulated what Goran Ivanisevic and Rafael Nadal did when they won their first Wimbledon titles in 2001 and 2008 respectively by prevailing 9-7 in the final set, the latter against Federer.

Djokovic then broke back for 9-8 and it was game on, again. This was the first time since the equally-as-epic 2009 Wimbledon final in which any major final has gone beyond 8-all in the deciding set.

Neither player could gain an edge and so, at 12-all, the new final set tiebreak format would be invoked for the first time in a singles match at the All England Club.

The Serb would dominate this tiebreak, winning it 7-3, to finally win what is the longest Wimbledon final ever measured by time, clocking in at four hours and 57 minutes – nine minutes longer than the Federer versus Nadal epic of 2008.

It took Djokovic nearly three hours quicker to win this year’s title than it did for Nadal to prevail in the 2008 decider, which was interrupted many times by rain, with the Spaniard not winning it until 9:15pm local time, nearly seven hours after the first ball was served at 2:30pm.

However, it took him 40 minutes longer than it did for Federer to beat Andy Roddick in the 2009 decider, in which the Swiss Maestro prevailed 16-14 in the final set after breaking the American for the only time in the 29th game.

This scoreline is now no longer possible because of the new final set tiebreak rule which was introduced to prevent never-ending matches such as the 2010 marathon between John Isner and Nicholas Mahut in which the final set lasted a staggering 138 games.

Djokovic also became the first man since Gaston Gaudio at the 2004 French Open to win a major final after saving match points, while it is the third time he has saved match points against Federer at a major.

The 32-year-old had also saved multiple match points against Federer in the semi-finals of the 2010 and 2011 US Opens; on both occasions, he denied New Yorkers a first ever Federer versus Nadal showdown in the city (likewise, Serena Williams and Maria Sharapova have yet to face each other in the Big Apple).

For Federer, not only does a ninth Wimbledon title and 21st major go begging, it also means his compatriot Stan Wawrinka will remain as the only man to beat both Djokovic and Rafael Nadal at the same major, doing so en route to winning the 2014 Australian Open.

Federer’s semi-final win over Nadal had been the first time in five attempts that he’d beaten his career nemesis at this stage of a major.

Chances are, if the new tiebreak rule hadn’t been invoked, the match could’ve very likely entered a second day, which would’ve meant the tournament would have finished on a third Monday for the first time since 2001.

But Djokovic’s victory vindicated the All England Club’s decision to introduce this rule, which was primarily designed to truncate marathon matches such as the ones mentioned above.

Later on, the Australian Open would introduce its own final set tiebreak rule whereby when the score reaches 6-all in the final set, a super tiebreak would be played with the first to ten points being declared the winner rather than the standard seven points.

In stark contrast to the epic men’s finale that we were treated to, in the women’s it was a completely different story as Simona Halep produced one of the cleanest performances in recent history to claim glory at the All England Club for the first time.

The Romanian brushed aside the fear of facing a player of Serena Williams’ stature to romp to an embarrassingly easy 6-2, 6-2 victory in just 56 minutes. 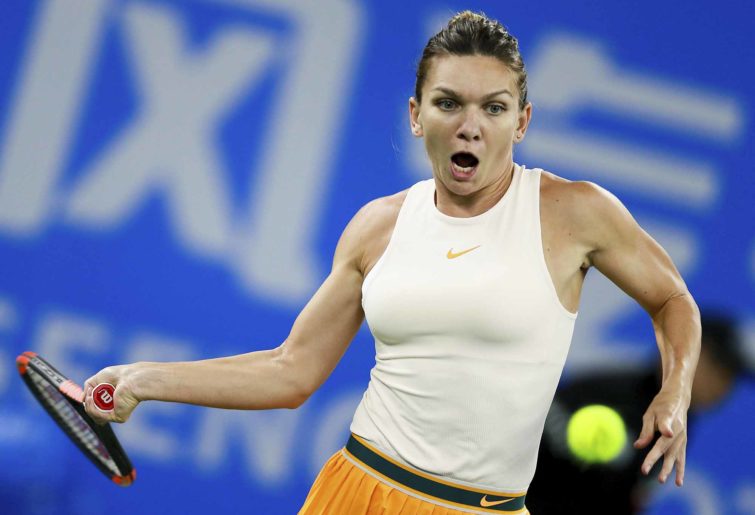 The three unforced errors she committed was the fewest on record in a major final as she claimed her second Grand Slam title to compliment the French Open title she won last year against Sloane Stephens.

For Serena, the wait to equal Margaret Court’s record of 24 major singles titles will have to wait after suffering her heaviest defeat in a major final by number of games won since she was upset by Sharapova in the 2004 Wimbledon final.

Her two-and-a-half year title drought, currently the longest in her career, also continues on, the American having not won any title since winning the 2017 Australian Open while nobody except for herself and a close knit of friends knew she was expecting.

It is also the first time she has lost three consecutive major finals which she has contested, having suffered back-to-back defeats at the Australian and French Open finals in 2016.

She will get the chance to again equal Court’s record when she returns to the US Open for the first time since her infamous meltdown in last year’s final, which took away from the glory of Naomi Osaka winning her first major title.

While the men’s final was the first singles match to be decided in the new final set tiebreak format, the closest this came to happening in the women’s draw was when Karolina Muchova outlasted Karolina Pliskova by 13-11 in the final set in their fourth round clash.

Elsewhere in the women’s draw, Ashleigh Barty should consider herself lucky to retain the world number one ranking after falling to Alison Riske in the fourth round; this was because all the other contenders for the ranking failed to reach the quarter-finals.

Still, she played some of her best tennis in the opening three rounds, and in the first set of her match against Riske, before coming undone against the world number 55, who finished with the most wins on grass court than any other female player.

With the grass court season over for another year, focus now turns to the American swing, with important tournaments in Montreal (for the men), Toronto (for the women) and Cincinnati all leading up to the year’s final major, the US Open, which starts in six weeks.

Before that, the season briefly returns to the clay courts for a number of smaller European tournaments; this is despite the French Open having finished over a month ago.

To finish off, congratulations to Novak Djokovic and Simona Halep for claiming the Wimbledon singles titles, and commiserations to the vanquished, Roger Federer and Serena Williams, who will both surely be back for another crack at the title in 2020.