Once basking in the glory of consecutive championship-success, then tasked with reviving Ferrari – as his hero and compatriot Michael Schumacher did – the time for Sebastian Vettel to achieve this could be running out.

The 32-year-old’s 2019 has been far from memorable, with a litany of driver errors along with Ferrari’s own development woes all summarised in his crash with Max Verstappen at Silverstone, as well as the ten-second penalty which stripped him of victory in Canada.

Anticipation was there pre-season, along with expectation that the Scuderia would deliver their first championship since 2007.

This was all fuelled through the winter testing results, though right from the opening practice session at the Australian Grand Prix in March, it looked as if the road to success would be long and much more difficult than predicted.

Now almost halfway through the season, after several mistakes and 100 points behind reigning world champion and current leader Lewis Hamilton, there is an argument for the four-time world champion to call it a day.

Returning to the scene of his race and championship ending crash at his home grand prix, Hockenheim, Vettel has been under the spotlight for many more rookie errors.

When the pressure was on at the Italian Grand Prix and Hamilton was breathing down his neck last year, Vettel famously spun out of contention. Mercedes went on to dominate the race as they’ve been accustomed to – leaving Ferrari red-faced in their famous home race.

This also occurred in Japan, when Vettel was jostling for position with Verstappen, and then this season again with Hamilton in Bahrain, when the Prancing Horse had one of few opportunities to win.

In Canada, the German was in the race lead but penalised ten seconds for unsafely re-joining the track in defence from Hamilton. There, Vettel’s passion to continue was questioned, when he himself stated that this isn’t the sport he fell in love with.

What’s concerning is that these errors aren’t just a recent trend but were also teased during his dominant period with Red Bull.

The flashpoint for this was 2010’s intra-team tussle in Turkey, where he terminated teammate Mark Webber. Vettel was also heavily criticised for being a driver who couldn’t race wheel-to-wheel, with his wins mostly coming from pole. 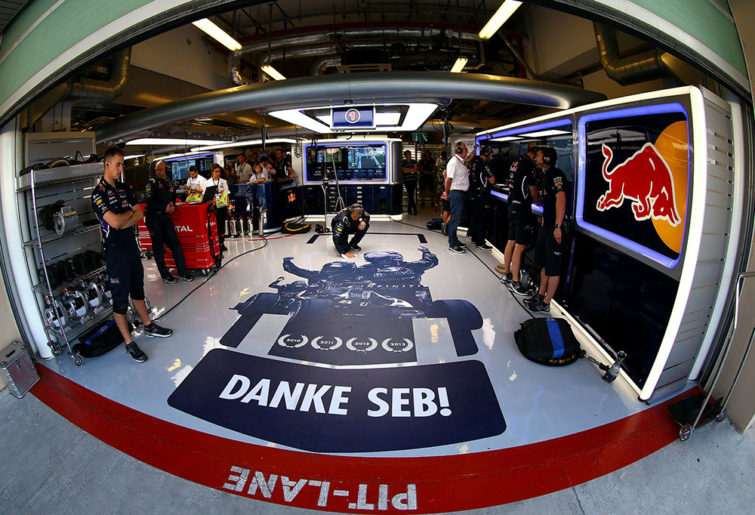 With this year’s championship out of the equation, is it possible for Vettel to consider challenging Hamilton and Mercedes in 2020? Is the German even the chief protagonist within his own stable anymore, especially given the performances of his junior teammate Charles Leclerc – who in the past two qualifying sessions has blown the 56-time pole sitter away.

Not only in qualifying, but race-wise too there seems to be a more confident driver in 21-year-old, while the vastly experienced Vettel reeks of irrational decisions that can be compared to a rookie driver.

There is also the Mercedes juggernaut and Hamilton, who has ascended into another realm with his form. Even Verstappen and Red Bull, with their new engine partners in Honda, appear more dangerous.

It all means Vettel needs a dramatic turnaround to add a fifth championship to his tally – and without that to strive towards, what else can the German provide?

Having achieved much success at an early age and still holding the record of the youngest champion in the sport’s history, maybe Vettel peaked early – even if he is still quite young.

And with the consensus that his best chances for a title with Ferrari were in 2017 and 2018, when the car was the benchmark of the field, it is fair to concede that there won’t be an opportunity any time soon.

All of which is sad given the comparisons made between Vettel and Schumacher, with speculation that former would one day perhaps break the latter’s records of most wins and most championships in the sport.

Those figures are now firmly within Hamilton’s grasp, while all Vettel can be hope for is a dignified departure unless a spark can reignite the former champion’s form.