How have the F1 teams and drivers performed so far in 2019?

We are now at the halfway point of the 2019 Formula One season so it’s time to rate how the teams and drivers have performed so far this year.

Mercedes could not have had a better start to the season finishing 1-2 at each of the first five grands prix.

By doing so, they broke the record set by Williams in 1992, who finished 1-2 at each of the first three grands prix that year.

The only two grands prix in which neither Lewis Hamilton or Valtteri Bottas won were Austria and Germany. In Austria, the team were plagued by overheating problems as the air temperature pushed into the mid-30s.

In Germany, it was the rain that caused havoc with both Hamilton and Bottas crashing, on the weekend that the team celebrated their 125 years in motorsport.

Other than that, the team have been faultless and they now have a colossal 148-point lead in the constructors’ championship over Ferrari.

Well done Mercedes, you deserve your A grade. 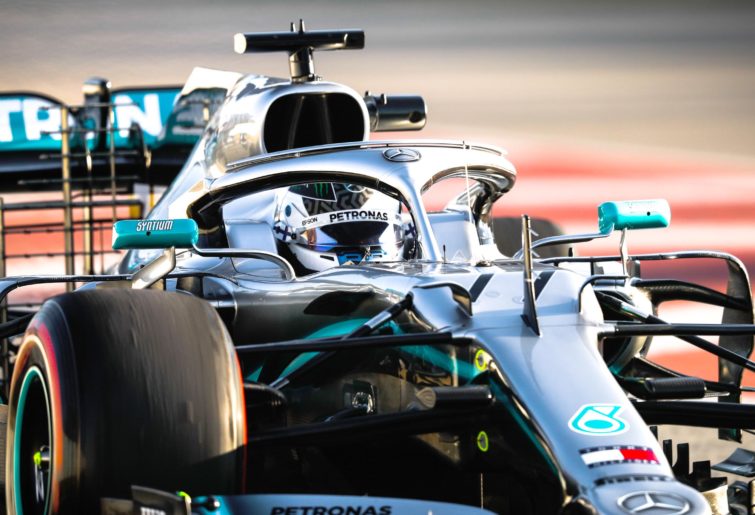 Ferrari have had a dreadful season. They have failed, once again, to capitalise on many opportunities for a variety of reasons. They should have at least two victories on the board by now.

Firstly, in Bahrain, Charles Leclerc suffered a loss of power when he seemed to be cruising to victory. Then, in Canada, Sebastian Vettel went wide and nearly forced Hamilton into the wall on re-entry, leading to the stewards’ awarding of a five-second time penalty to Vettel, which cost him the victory.

While Leclerc wasn’t able to hold on to victory in Austria, he did fight hard against Verstappen, and so he shouldn’t be chastised for failing to win.

However, in terms of the season as a whole, when you look at the fact that Ferrari have three pole positions and zero wins, something has clearly gone wrong.

You show promise Ferrari but don’t deliver when it matters.

Unfortunately for Red Bull, they have a class driver in Max Verstappen and a rather lacklustre driver in Pierre Gasly. If they had two excellent drivers of Verstappen’s calibre, they would be ahead of Ferrari in the constructors’ championship for sure.

Despite there being concerns about the Honda engine in the Red Bull pre-season with some pundits not giving Red Bull any chances of getting a podium, the Red Bull-Honda has performed brilliantly against Mercedes and Ferrari.

Verstappen has able to capitalise on Ferrari’s misfortunes right from the off, getting a podium in Melbourne when Ferrari were off the pace. He has also been there at the right time as proven by his victory in Germany when he inherited the lead after Lewis Hamilton’s fifty-second pit stop. An excellent drive to claim back-to-back victories at the Red Bull Ring must also be congratulated.

As for Gasly, though, he sits sixth in the drivers’ championship with just 55 points, compared to Verstappen’s 162 points. Gasly is consistently fighting with the midfield and is being beaten by the midfield. I have never seen a team have two drivers with such vastly unequal results as Red Bull do in 2019. I don’t think we’ll be seeing Gasly in a Red Bull for much longer.

A great season Red Bull but you do need to have two drivers of equal calibre to compete for the constructors’ championship. On your bike, Pierre.

McLaren have turned around a disappointing start to the season to now sit fourth in the constructors’ championship as ‘best of the rest’.

Carlos Sainz is ‘best of the rest’ in the drivers’ championship and is only seven points behind the struggling Pierre Gasly, which is quite an achievement for a midfield driver.

Lando Norris has impressed in his rookie season as he has outqualified his teammate, Sainz, a few times as well as finishing ahead of him in the Austrian Grand Prix. However, Norris will need to get more comfortable in the wet conditions as he admitted that he was nervous before the German Grand Prix.

This lack of preparation is not entirely his fault though as it does have to rain first before you can practice wet-weather driving.

Toro Rosso have already got more points at the halfway point of the season than they did across the entire season last year. They were definitely helped out by the crazy German Grand Prix as Daniil Kvyat got the team’s first podium since the 2008 Italian Grand Prix.

Not much to say about your season Toro Rosso but well done for seizing opportunities when they’re available to you. I just don’t think you can stay fifth in the constructors’ championship though. 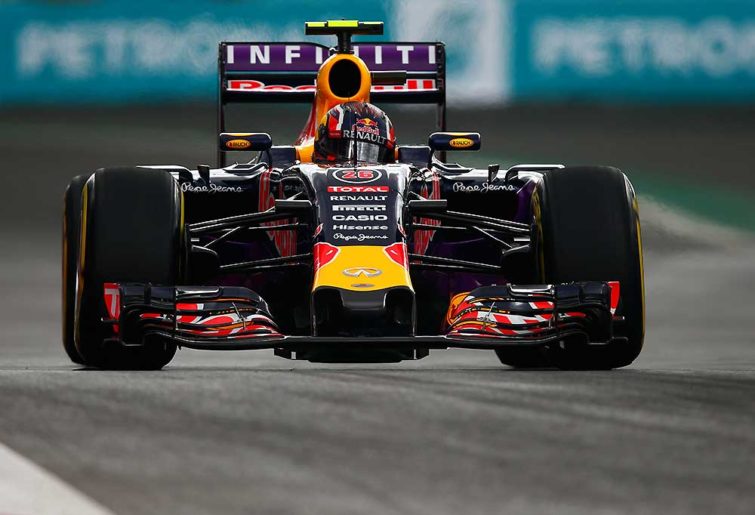 It has been a dreadful season for Renault.

I suppose we should have seen it coming. Just five seconds into the season, Daniel Ricciardo broke his front wing as he bounced across a service road after being forced off the track by Lance Stroll. Ricciardo eventually retired.

Then, in the next race in Bahrain, both Renaults retired with power failures at the same corner on the same lap. Things have started to pick up since but Ricciardo did retire with an engine failure in Germany. At least Ricciardo has got used to the Renault.

I expect better from you, Renault, for the rest of the year. I know you’ve got it in you.

Sergio Perez has consistently finished in the points this season and is able to get into Q3 when conditions allow. His teammate, however? Not so good.

Lance Stroll is proof that money talks in F1. His father, Lawrence, owns Racing Point and bought the team on the proviso that his son could drive for the team. Racing Point duly obliged and so Stroll joined from Williams.

For the first ten races, Stroll was eliminated in Q1 and when he got into Q2 in Germany, he only qualified 15th. He isn’t performing too well in the races either, with the exception of the German Grand Prix when he finished fourth.

However, because it was a crazy race and because his good result was down to a decision from the team to switch to slicks at just the right time, the Canadian hasn’t redeemed himself too much in my books. Stroll needs to improve but will likely remain in F1 for as long as his dad owns a team.

Don’t be fooled by your position in the constructors’ championship, Racing Point, there’s a lot for you to work on. It’s a shame that you won’t get rid of your deadweight, Lance Stroll.

Haas are excellent in qualifying and are regulars in Q3 with Kevin Magnussen able to qualify fifth when some of the frontrunners have suffered problems.

However, in the race, they cannot make the soft tyres work in the first stint, fall down the field as a result and stay out of the points for the remainder of the race as they lack a competitive pace.

Another problem Haas have had in recent races is the remarkable tendency for Grosjean and Magnussen to make contact with each other. On the first lap of the British Grand Prix, they banged wheels coming through Aintree, an incident which caused both cars to retire, while in the German Grand Prix, they made contact at the hairpin as Grosjean tried to overtake Magnussen.

Goodness knows what Guenther Steiner is going to do with these two but I’m sure we’ll find out what he thinks in season two of the Netflix series Formula One: Drive to Survive.

Sort out your drivers, Haas, they can give you a good haul of points on their day but not while they’re crashing into each other.

Having Kimi Raikkonen in the team gave Alfa Romeo a new lease of life in the opening rounds of the season as Kimi put the car in Q3 and scored some valuable points for the team. While this success has not always continued throughout the season, I think Kimi should be pleased with his transition from Ferrari. 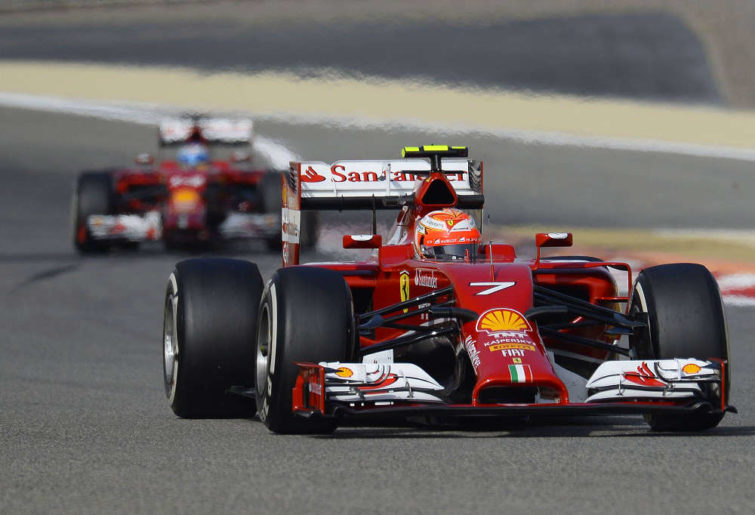 On the other hand, Raikkonen’s teammate, Antonio Giovinazzi, is struggling in his return season. Unfortunately, I think his progress will be hampered by the unpredictability of the midfield as well as the slower pace of the Alfa in comparison to its competitors.

Well done, Alfa, for giving Raikkonen a car that he can challenge the midfield in. All you need is Giovinazzi to do better and then you might get a B grade at the end of the year.

Nothing worthy to note, Williams. It’s back to the drawing board for you!