The 72-team carnival that is the Football League returns this weekend, and since I’ve already kicked off the coverage for the new season with the 2019-20 EFL Championship preview, it is time for our a 2019-20 League One season preview.

I usually love following the third division, but as an Ipswich Town fan, it takes on greater interest this season. But these are the storylines that even casual fans should care about.

Netflix stars in the third tier ’til they die?
Sunderland became a well-known lower division football club through the excellent Netflix series Sunderland ’til I Die, which was meant to chart their progress back to the EPL, not down to League One. But here they are for a second season.

The third tier can be a hard league to get out of for a bigger club – Leeds United took four seasons, EPL new boys Sheffield United took six, Southampton took two. So this being Sunderland’s second season shouldn’t be too much of a concern yet.

They do have the best squad in terms of current market value – almost triple all the other clubs, except recently relegated Ipswich Town.

Sunderland have support like few others in this division, as the Sunderland-Portsmouth EFL Trophy Final crowd proved last season.

The EFL Trophy loss also highlighted one more crucial thing ahead for Sunderland – their record at Wembley, which is woeful. Eight straight losses in various competitions mean that Sunderland will need to go up automatically. 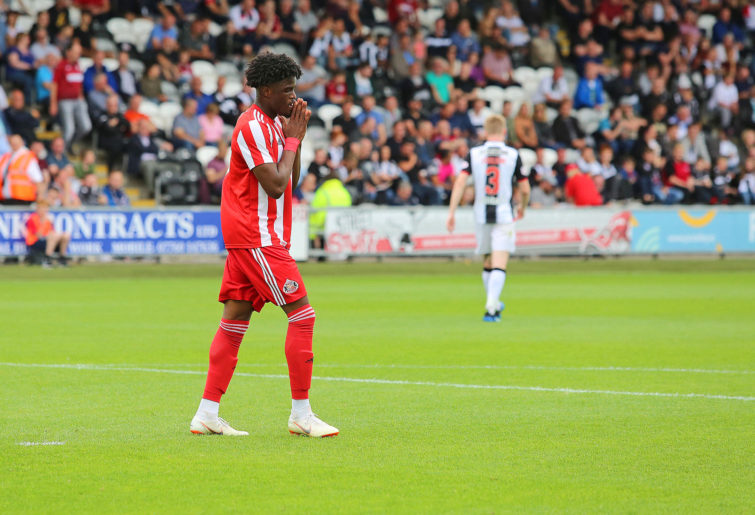 It was a tough campaign last season for Sunderland. (Photo by Ian Horrocks/Sunderland AFC via Getty Images)

Bury and Bolton lose most of their players as well as 12 points
The lower leagues are always full of stories about struggling clubs, usually due to irresponsible or incompetent owners, but rarely has one league had two such severe cases like League One does this season.

Both teams are new arrivals into the division too, dragging their previous issues with them, although unbelievably Bury still managed promotion from League Two despite off-field struggles.

Bolton and Bury’s financial issues have seen both clubs hit with a 12-point reduction at the start of the season, and both clubs are struggling to field 11 senior players.

It will be a fall from grace for Bolton – EPL regulars not long ago, and now heading for the fourth tier unless a miracle can happen.

Coventry move to Birmingham
Talking of bad owners, Coventry City start this season in a different city for the second time in a decade as they play their home games at Birmingham City’s St Andrews ground.

Coventry’s last trip away from the city was in 2013 when they played home games at nearby Northampton after their owners argued with the owners of their home ground, and the latest move away is due to the same problem.

Despite protests, Coventry fans have to continue to live with owners who appear to not care very much about their own club – a theme repeated across the three EFL divisions.

Blackpool are Oyston-free
Talking of bad owners, Blackpool’s were right up there as worst in recent years, and perhaps ever. But after a whole range of actions that are best classed as ‘alleged’ to save legal troubles, the Oystons were eventually forced out of Blackpool and the fans can now enjoy the start of a season with their club back.

Like Coventry, the off-field shenanigans didn’t stop them moving forward – after a plummet from the EPL to fourth tier, that is. Blackpool were promoted into League One a season ago, and finished tenth last season.

How will the relegated Championship teams go?
Bolton have already been discussed, with their relegation looking like it could be doubled this season.

Next up is our beloved Ipswich Town. After years of mediocrity – and fans complaining about it – Ipswich finally did something about it last season. They produced the worst season in the three EFL tiers and finished dead last in the Championship, winning four games. This is their first season in the third tier in over 60 years.

The beauty of Ipswich’s situation is that the manager that started the season in 2018-19 – and was eventually sacked after just 14 games – hired a whole range of promising third and fourth division players. Perhaps he knew something in advance. Either way, Ipswich have kept a hold of most of the good ones, and added a few shrewd signings.

The other relegated team is Rotherham United, who have become a yo-yo club between the second and third tiers in recent seasons. They won the playoff final in 2014 and 2018, and maintained Championship status in between. They will be a factor in the top half again.

What about the promoted teams?
Lincoln City are the best equipped to do well in League One this season, with Lincoln one of the better performing lower-league clubs since their promotion from non-league.

At the heart of it all is the management duo of the Cowley brothers, who have been linked with every decent Championship and League One job the few seasons, and developed the Love Train corner move used by England at the World Cup. There must be a reason the brothers have stuck with Lincoln when they could have had ten other job in the past few years.

Milton Keynes are back after a season away in League Two. At the very least that means the games against AFC Wimbledon are back on, a point of interest for the media if not Wimbledon themselves. They have the resources, stadium, and respected manager to secure at least mid-table mediocrity.

Tranmere Rovers won the playoff final against Newport in May, but are going to miss the goals of James Norwood, who left for Ipswich. In 189 games for Tranmere he scored 92 goals, including 32 in all competitions last year. This put him on equal terms with Sergio Aguero. They should have enough elsewhere to stay up, but losing that amount of goals is going to hurt.

Bury have already been discussed above, and they will likely be relegated after 12-point deduction… if they even survive financially.

And the teams in between?
Portsmouth have a big fan base, and are a big chance of going straight up. Won the EFL Trophy last season. 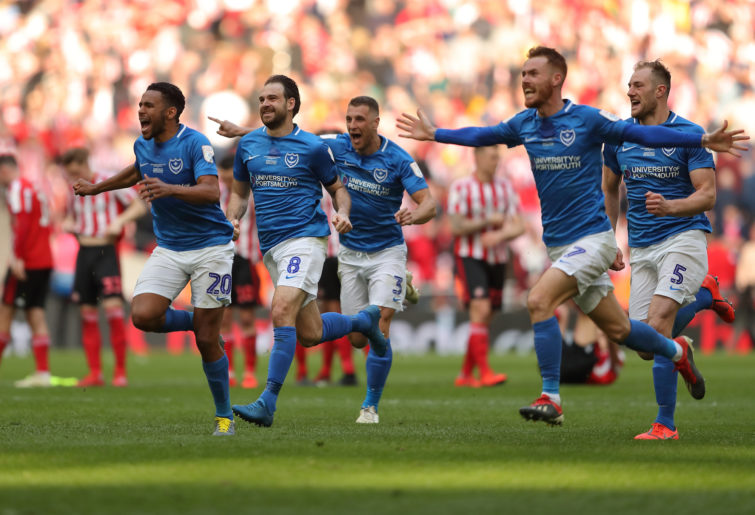 At Gillingham, Steve Evans is the new manager, and he is quite the enigma. Worth just watching and listening to him throughout the season. Does have success, though.

At Fleetwood, Joey Barton is still in charge, and he did a decent job first up. However, he has been charged after a tunnel dispute led to rough-housing against Barnsley last season.

At Accrington Stanley, the football equivalent of the little engine that could survived last season, and were even in the top six for a period. Hopefully they continue to defy the odds.

Beauty and the Beast
A trip through League One wouldn’t be complete with a mention of the great Adebayo Akinfenwa, better known as the Beast.

He is going around for Wycombe Wanderers in League One again, and one of the world’s strongest football players still managed seven goals last season, and his contributions helped to keep them up… just.

But it’s not all about the goals. The way the Beast powers through oppositions’ defensive lines always troubles, but he still has some silky skills for a big man.

It would be great if Adebayo Akinfenwa could lead Wycombe into a rare Championship season, but they might have to settle for survival and being a nuisance in cup competitions. It would be great to see the Beast terrorising an EPL backline one more time before he retires.

How can Aussies watch?
Sadly, you have to wait for an international break to see any League One action.

But when the top two divisions do take a break, there is usually three games between League One and League Two to sample, plus all of the playoffs in May.

It can be found for Australians on BeIn Sports via Foxtel.