Are we paying enough attention to our spinning depth?

That’s an incredible achievement, especially for someone plucked for national honours after only a few first-class games, and who has been dropped for Xavier Doherty and Ashton Agar. He’s fantastic and hopefully, he’s got a few more years left at the Test level.

If Lyon got injured or lost form what would we do? Play fast bowlers? What if the pitch spun? Hope we can get by with part-time contributions from Marnus Labuschagne, Travis Head, Steve Smith and David Warner?

You can say “Oh Lyon’s pretty good with injuries” but it does happen. Shane Warne was injured. So was Stuart MacGill.

Who is next cab on the rank?

I guess it’s Jon Holland, who was picked on the Australian A tour, and who was Australia’s second spinner in the UAE. But he underwhelmed there and the selectors have decided to omit him from the Ashes squad.

I can kind of see the logic. Kind of. They want to win the Ashes with fast bowlers.

But it’s a risky strategy. They’re putting all their spinning eggs in the Lyon basket, and that can backfire. We saw this in the World Cup squad when there was no all-rounder back up for Glenn Maxwell and Marcus Stoinis – the selectors didn’t have anywhere to go.

And there is room in the squad – they’ve got Michael Neser and Mitch Marsh in there for crying out loud.

We should be developing our back up spinners and that means taking a second one on the Ashes squad.

I’m still a fan of Steve O’Keefe. He’s one of the most shockingly misused cricketers in this country this century – his omission from the 2011 Sri Lanka tour still boggles the mind, not to mention the 2013 India tour, the 2013 Ashes and…anyway, let’s move on.

O’Keefe almost won us a series in India in 2017 but since then has been considered surplus to requirements because of…um…er…um… “hint, hint, hint” seems to be the overriding reason.

Then there’s Holland, who disappointed in the UAE to be sure, but who still has a fine first-class record – he took 26 wickets last summer at 28.15 and has 229 wickets overall at 31.94. 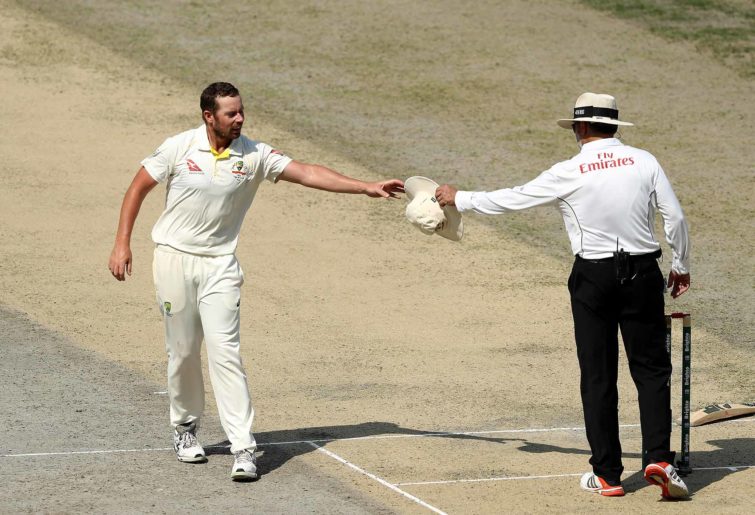 If they didn’t want to take O’Keefe in the Ashes squad they should have taken Holland. To not do so is not only risky but speaks to the general contempt modern-day Australian cricket has for spinners.

Who else is coming up?

There’s Mitchell Swepson, spruiked for ages by Shane Warne, which is always a concern but his numbers aren’t bad. He’s a Queensland spinner too which is always harder and is only 25 – last summer he took 24 wickets at 38.16 and has 98 wickets at 36.38. He’s worth tracking – let’s see how he goes over the next three years.

Fawad Ahmed has 205 first-class wickets at 31.11 – only nine of them last year. He’s 37 now and is very very unlikely to play for Australia (he was cut from the Victorian contract list) but I love that he’s still playing first-class cricket.

Our domestic cricketers can only get better against spin playing someone like Ahmed – I get Victoria wants to bring new people but I hope he goes somewhere like Tasmania for a few seasons because we’re a better cricketing nation for him to bowl.

Ashton Agar has 137 wickets at 39.11 but seems to have gone out of fashion. I don’t think Agar’s ever going to turn into what they dreamed – he made his Test debut in 2013 – but I hope he has a long first-class career and we could see him back in one-day colours, maybe even Test whites…though who knows.

It feels as though the selectors have fallen out of love with him a little but that can always change unless you’re Steve O’Keefe.

Adam Zampa seems to be forever a one-day specialist – he has 102 first-class wickets at 47.09 – but you never know.

Modern-day Australian cricket has a culture problem with spinners. It gets papered over by superstar players like Warne and Lyon but is easily exposed when injuries happen.

Spinners need support – not just from captains, though that is crucial (Michael Clarke, for instance, was a very good captain of spinners but Ricky Ponting less so), but also selectors and administrators.

And that means making sure we have solid back up plans.