Serie A Round 2 review: Juventus rejects the first suitor

There are only three teams on top of the ladder in Serie A at full score after two games: Juventus, Inter and Torino.

Juventus beat Napoli in the first title match of the season, Inter scored an away win in Cagliari and Torino impressed with a gutsy 3-2 win in Bergamo.

The title contenders Juventus and Napoli squared off in Turin.

The home team lost its captain Giuseppe Chellini due to a knee injury in training before the match. They were dominant in the first half but wasted a 3-0 lead. Only an unbelievable Kalidou Koulibaly own-goal decided the match in injury time for the Old Lady.

Despite the loss, Napoli showed that they can challenge the champions if they keep focus for 90 minutes. They played equally brilliant and awful football at times, and consistency will be their main issue for the season.

Juventus was cynical in the first half, scoring two goals in three minutes thanks to Danilo and former Napoli striker Gonzalo Higuain.

17 minutes into the second half Cristiano Ronaldo scored the third unanswered goal for the home team, but the game wasn’t done yet.

They couldn’t contain Napoli’s comeback, a worrying sign for the future.

Napoli’s comeback happened thanks to Kostas Manolas, Hirving Lozano and Giovanni Di Lorenzo and was a display of power and good team effort.

With eight minutes on the clock, both teams weren’t satisfied with the draw and kept attacking.

Two minutes into extra time a spectacular blunder from Senegalese international Koulibaly gifted the game to the Bianco-Neri and left manager Carlo Ancelotti scratching his head in disbelieve.

In the second big match of the round, the Roman derby, Lazio and Rome shared the points.

Lazio may rue their lost opportunities, especially in the dying moments of the game when Marco Parolo hit the crossbar and Manuel Lazzari’s goal was disallowed due to offside.

Roma was the first to strike thanks to Aleksandar Kolarov’s penalty, the Serbian with his second goal in as many games. Lazio didn’t quail on the big stage, got several opportunities in the first half and equalised 13 minutes in the second thanks to Luis Alberto.

The Sky Blues kept on attacking all game, but Roma’s defensive effort was enough to hold them at bay.

Turin was a surprise winner in the second round of Serie A scoring an impressive away win versus Champions League team Atalanta. The dark red came back from 1-2 to win the game at Stadio Atleti Azzurri d’Italia. They’ll have to prove that they’ll be able to keep the pace, but they definitely made themselves noticed.

Main title contender Inter won, thanks to Romelu Lukaku’s penalty in the 72nd minute to pass the islanders at Sant’Elia. They faced two-second tier teams so far, but contrary to the previous seasons they didn’t falter.

In other games, Milan scored its first win of the season downing Bologna at home, Sassuolo trashed Sampdoria 4-1 with a Domenico Berardi’s hat-trick, Genoa beat Fiorentina at home 2-1 and Parma and Verona scored away wins versus Udinese and Lecce.

The next round will be on September 15th as Euro qualifiers will take main stage with the unbeaten Azzurri travelling to Armenia and Finland to seal their lead in Group J. 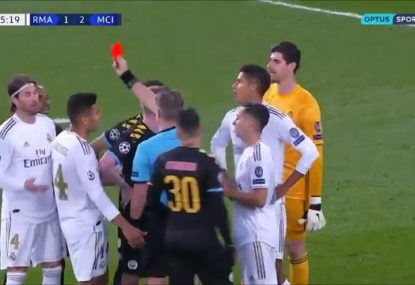 A postponed Sydney derby headlines the action this weekend as the standalone Friday night fixture. Perth travel to the Hunter, Victory and Adelaide re-ignite a famous rivalry and battlers Central Coast and Western United meet at GMHBA Stadium. The final fixture of the weekend holds great interest with Brisbane having the chance to prove their […]