We are down to the final four in both the men’s and women’s divisions of the final grand slam of the year, with Rafael Nadal and Serena Williams now the hot favourites to win their fourth and seventh US Open singles titles respectively.

After seeing his three main rivals – Roger Federer, Novak Djokovic and Stan Wawrinka – all crash out of the tournament before the semi-finals, Nadal avoided the upset bug, defeating Diego Schwartzman in straight sets to advance to his seventh straight grand slam semi-final.

He then raced to a 5-1 lead in the second, but Schwartzman would not give in, levelling the second set at 5-all before Nadal again broke to take the second set 7-5 and open up a two-set advantage.

Nadal would then finish off his Argentine opponent, winning 6-2 in the third set to book a semi-final date with Italian upstart Matteo Berrettini, who will be playing in his first grand slam semi-final after outlasting French showman Gael Monfils in five enthralling sets.

The 24th-seeded Berrettini emulates the efforts of Marco Cecchinato, who reached the last four at the French Open last year, where he defeated Novak Djokovic en route.

The result means that this year’s US Open will be the 40th consecutive major won by a European man, with the other semi to be between Russian fifth seed Daniil Medvedev and Bulgarian Grigor Dimitrov, a former world No.3 who has dropped to 78th in the rankings.

While it is the first time Medvedev has gone this far at a major, for Dimitrov this will be his third grand slam semi-final, having also got this far at Wimbledon in 2014 and at the Australian Open in 2017 when he lost a five-set heart-stopper against Rafael Nadal.

First, though, it’s ladies semi-final night, with Serena Williams to come up against Elina Svitolina in the first semi-final, before youngsters Belinda Bencic and Bianca Andreescu face off in the other, with a first major final at stake for both players.

Williams will start the favourite to progress through to her tenth US Open final, which would come two decades after she reached (and won) her first major final at age 17 in 1999.

Standing in the way is fifth-seeded Svitolina, who won their most recent meeting in the third round at the 2016 Rio Olympics, ending the American’s chances of back-to-back Olympic gold medals. 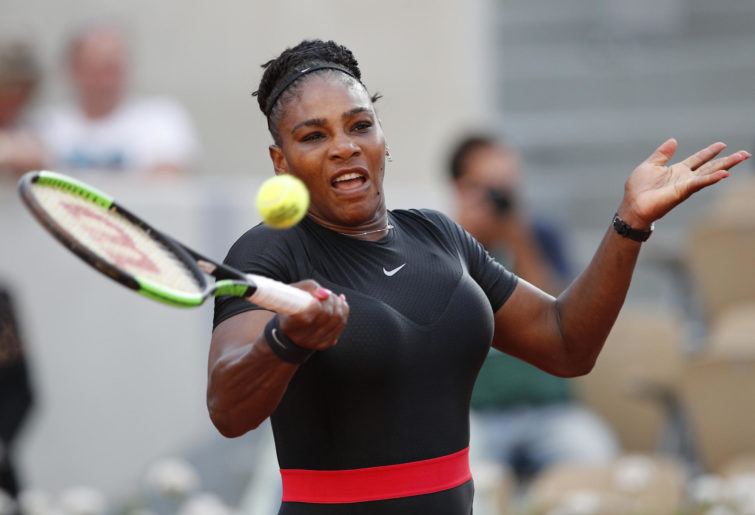 Meantime, Andreescu will look to become the first player born in the 2000s to reach a grand slam final, as well as the youngest US Open finalist since Caroline Wozniacki a decade ago.

The Canadian came from a set down to down Belgian Elise Mertens 3-6, 6-2, 6-3 to continue her breakthrough year in which she became the first wildcard to win the Indian Wells tournament as well as the first home player in half a century to win the Rogers Cup.

The 19-year-old is also bidding to become the first teenager to win a major title since Maria Sharapova won in the Big Apple way back in 2006.

The stakes are higher for Bencic, who has the chance to become the first Swiss female grand slam finalist since Martina Hingis at the 2002 Australian Open.

The 22-year-old showed signs of her potential earlier this decade when she won the junior Wimbledon title in 2013, reached the quarter-finals as a 17-year-old at Flushing Meadows in 2014 and peaked at No.7 in the rankings in February 2016.

A prolonged period of serious injuries then sent her ranking dropping into the 300s before she launched her comeback last year, to the point where she will re-enter the top ten when the rankings are updated on Monday.

Bencic backed up her momentous win over defending champion Naomi Osaka by beating Donna Vekic in the quarter-final, and should she go all the way, then it would cap off a remarkable comeback considering where she was ranked in 2017.