Next year’s Super Rugby begins in January for the first time and features earlier kick-offs in a bid to make the product more family friendly.

Everything happens earlier in Super Rugby next year in changes that SANZAAR hopes will make the faltering product more successful in the Australian marketplace.

The 2020 draw unveiled on Tuesday features the competition’s first ever January fixtures and an uninterrupted schedule which finishes in mid-June, catering for the inter-hemisphere Test window being pushed back to July.

In a bid to revive ground and television audiences, night matches in Australia will kick off at 7.15pm, which is about 25 minutes earlier than in recent seasons.
Games in New Zealand will also kick off earlier, at 5:05pm (AEDT).

The format otherwise mirrors this year’s competition, with 15 teams playing 16 regular season matches, including eight against teams in their own conference before an eight-team, three-week finals window.

The conference system disappears in 2021, when the Japan-based Sunwolves are axed and the 14 teams contest a full round-robin in the regular season.

Two derby matches kick off next year’s schedule on Friday, January 31, when the Blues host the Chiefs in Auckland before the Australian Conference defending champion Brumbies are home to the Queensland Reds.

The Melbourne Rebels begin their campaign a day later against the Sunwolves in Fukuoka while the NSW Waratahs face a daunting opener away to the defending champion Crusaders in Nelson.

The Waratahs will share their eight home games around various venues, as they did this year, while they await the reconstruction of the Sydney Football Stadium.

The venue for four games are still to be confirmed, with at least one to be played in country New South Wales.

Bankwest Stadium is confirmed to stage at least two games and McDonald Jones Stadium in Newcastle one.

Win Stadium in Wollongong will host a Super Rugby match for the first time when the Chiefs visit on March 6.

“Last year (2019) time frames were against us in terms of spreading our wings as far as we’d like, we’re really excited about the opportunity to further that in 2020.”

The Rebels will play their first-ever home game away from AAMI Park, when they host the Sharks on February 22, with the venue still to be confirmed.

If you’re anything like me, Rugby Australia announcing their new rugby rights deal out of the blue would’ve completely thrown you.

Fox Sports subscribers may have to watch Super Rugby and Wallabies matches elsewhere in 2021 and beyond if a new report on the sport’s broadcast future is accurate.

Rugby Australia is calling for expressions of interest from broadcasters. 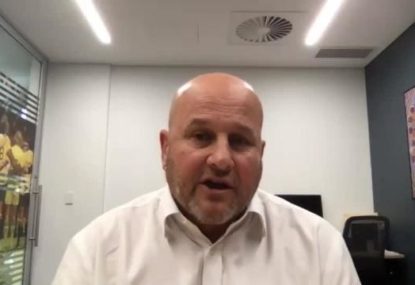 Rugby Australia has today outlined a comprehensive offering to take to the broadcast market, from familiar domestic and international fixtures to brand new club and state-based competitions which would begin next year.