The Boomers held the lead all the way from the opening minute of the second term, to within 60 seconds of halftime, but an inspired Spanish comeback would force the game into overtime.

From there, it was tense both ways, and after five minutes the sides still couldn’t be separated, but with Spain holding their nerve in the second term of overtime, they galloped away with the game and were able to enjoy the final 30 seconds of the contest.

Spain were objectively the worse of the two sides for much of the contest though, with the Boomers controlling the glass well and shooting with efficiency when opportunities were presented. While the Boomers were aided by a pretty ordinary shooting percentage from Spain, they lead at halftime and three quarter time, with the lead going out to 11 at one stage.

However, Spain got it back to four early in the fourth, hung around, and then forced overtime on the back of some phenomenal play from Ricky Rubio and Marc Gasol, with the NBA veteran centre ending up with 33 points, six rebounds and four assists across his 39 minutes on court.

The centre was undoubtedly the MVP for Spain, and the amount of times he got a switch in defence and took on a guard was extremely problematic for the Boomers down the stretch.

Australia held their own though, with Patty Mills hitting another 34 points, but they struggled for offensive efficiency outside of the tournament’s highest scorer, and fell apart altogether in the second period of overtime.

The Boomers now have to get back up for the bronze-medal play-off on Sunday, while Spain head to the gold medal game.

In recent years, it is hard to go past basketball as being our most successful men’s international sport, even though the Boomers have never won a medal at a global championship level. At the 2019 World Cup and 2016 Olympic Games, Australia finished fourth. So, why do I rate basketball so highly? First of all, […] 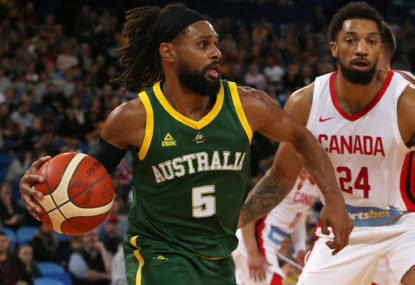 The 24-man Australian Boomers squad for the upcoming Tokyo Olympics has just been announced.