No sentiment in football as Besart Berisha snubbed

Besart Berisha, recently released from J-League side Sanfrecce Hiroshima, is back in Australia and touting himself to A-League clubs, but hasn’t been able to get a gig.

Regardless of his efforts in landing a spot, Berisha’s place in the A-League Hall of Fame is assured.

After spells in Germany, Norway and Denmark without pulling up any trees, Besart rocked up in Brisbane in 2011 looking to make his mark.

The rest is history. 116 goals in 184 appearances has him as the competition’s all-time record goalscorer, with championships secured at both the Roar and then later with Melbourne Victory.

These staggering figures saw Berisha earn a lucrative move to Japan in 2018. While no doubt boosting his bank balance (and who could begrudge him that), on the pitch it was a disaster.

In his 13 month stay at Sanfrecce, Berisha made six substitute appearances in his first season and hasn’t featured at all this campaign.

Suggestions were that his spiky nature, which saw him loved and loathed in equal measure during his seven years in Australia, didn’t endear him to the fans. Berisha may have some regrets at not linking up with his old mentor Ange Postecoglou at Yokohama Marinos, as was initially suspected prior to him leaving the Victory. 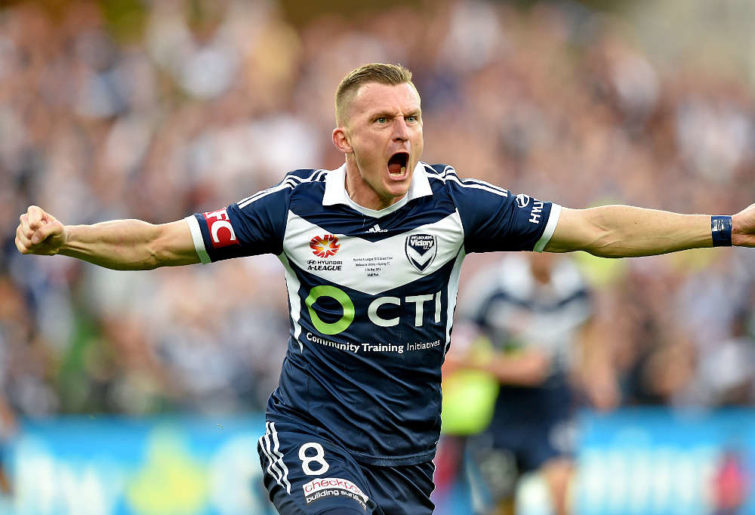 This lack of game time seems to be working against Berisha, with Aussie clubs unwilling to take a punt on this now naturalised citizen.

At 34 years of age, he is entering the latter stages of his career, but would still be confident he could do a job – Confidence is certainly something of which Besart has never been short.

With him not taking up a visa spot, Berisha may be an attractive short-term proposition as an injury replacement, giving him the opportunity to put himself in the shop window and remind everyone what they have been missing out on.

Rumours have linked the one time Gary Wilkin medallist with buying property in Brisbane. Of course, Robbie Fowler is building a new-look Roar and his revamped charges have looked promising in their early exchanges, with the strong British and Irish influx looking to have gelled.

Fowler may be wary of bringing in a wildcard who has been known to clash with the opposition as well as his own teammates.

If he isn’t successful securing a club before the action gets underway on October 11, I foresee a raft of NPL sides vying to secure his signature. It would be quite a coup and entice more supporters through the gate.

Whether it is playing in the A-League, NPL or elsewhere, I hope the marauding forward doesn’t call time on his career just yet. In football, there is little room for sentiment, but most fans are romantics.

To see a man who has done so much for the game over here get one last swansong would be a fitting end.