Now the 50-over Marsh Cup looks set to have a big say on who represents Australia in their six T20Is against Sri Lanka and Pakistan starting next month.

From two years ago up to their most recent T20I in February this year, Australia played 23 matches in the shortest format.

They chopped and changed their T20I team so dramatically that 11 cricketers played only one or two games in that period.

There were six players, meanwhile, who formed the core of Australia’s T20I team in that time, playing the majority of their matches – Glenn Maxwell, Andrew Tye, Aaron Finch, D’Arcy Short, Alex Carey and Marcus Stoinis.

Yet of those six I think only two of them have nailed down their T20I spots – Maxwell and Finch. Stoinis and Carey have had minimal impact in their T20I careers to date, while Short has faded after a strong start, and Tye has been good but faces hot competition.

As I argued in an article last week, though, Warner should be rested from Australia’s six upcoming T20Is to focus on trying to regain his red ball form. 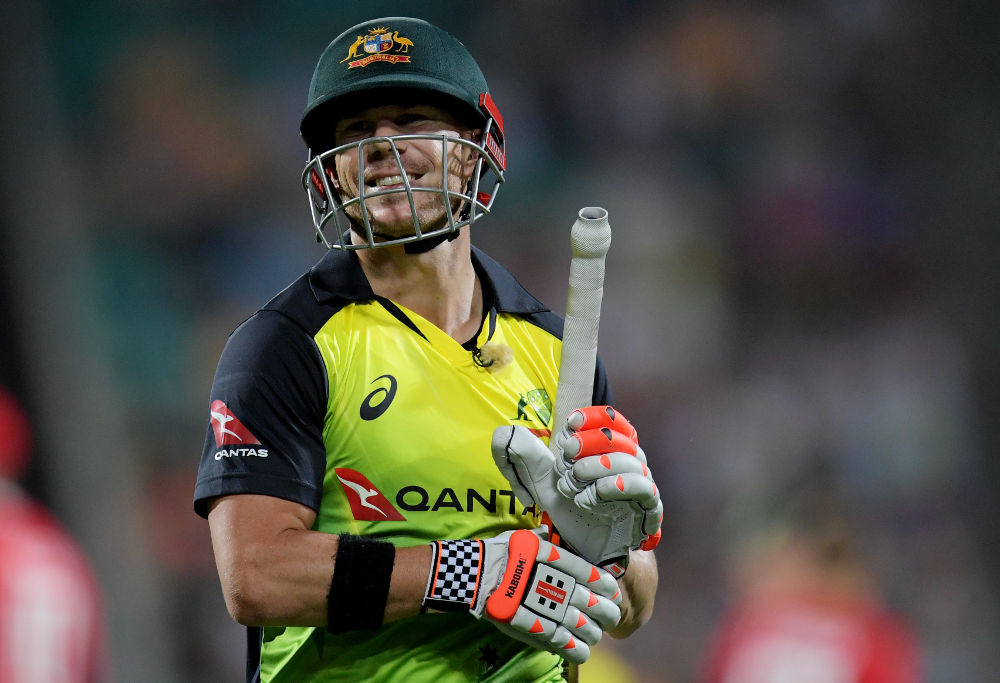 I’d also be inclined to have Starc preparing for the home Tests against Pakistan and New Zealand rather than fronting up for these two bi-lateral T20I series.

Given that the most recent Big Bash League is now a distant memory, having finished more than seven months ago, performances in the ongoing Marsh Cup will likely sway the selectors when they pick these T20I lineups.

There are four rounds of the Marsh Cup before Australia will pick their T20I squad for the three-match series against Sri Lanka that kicks off in Adelaide on October 27.

The Australian selectors frequently have included left-field picks in T20I units in recent years so I’d imagine we may well see at least one or two unexpected faces in this squad.

The likes of Stoinis, Agar, Josh Philippe, Nic Maddinson, Billy Stanlake, Sam Heazlett and Marnus Labuschagne made strong impressions over the weekend as the domestic one dayers kicked off.

On Saturday Stoinis went ballistic with the blade at the WACA against Victoria. He smashed 53 from his last 13 balls faced, including a six from the final ball of WA’s innings to bring up his ton from 58 balls.

Stoinis got good support from bowling all-rounder Agar who made 27 from 20 balls to go with fine figures of 3-54 on what was a great batting pitch.

With his accurate bowling, handy batting and elite fielding, Agar offers Australia a good all-round package. He should be given a solid run in the T20I side over the next six months to try to push his claims for the T20 World Cup in Australia in just over a year from now.

Philippe attracted a lot of praise for his expansive strokeplay last summer, particularly in the BBL. He looks well suited to T20 cricket and may get an international debut in the short term.

As Victoria unsuccessfully tried to chase down WA’s massive total of 386, Nic Maddinson provided a reminder of his class.

Maddinson is a maligned batsman, in part because of his perceived inability to make the most of his talent in red ball cricket.

Yet he finished the last Sheffield Shield season in dominant touch, with 563 runs at 80, and over the past four years has piled up 1,491 runs at 51 in List A cricket.

One day cricket is Maddinson’s best format but the selectors don’t see it that way, having never given him an ODI cap but instead blooded him in Tests and T20s.

If he continues his hot form over the next few rounds of the Marsh Cup he may get a T20I call-up, regardless of his ordinary T20 record.

On the topic of scorching form, Labuschagne looked in primo touch for Queensland yesterday before coughing up his wicket for 67 from 64 balls.

Assured against pace, fluent against spin and swift between the wickets, the Ashes star has the makings of an ODI cricketer as well. For the moment, though, his achievements are fairly limited in white ball cricket.

Heazlett now has 818 runs at 55 in List A cricket and might not be far from an ODI debut, but is yet to make much of a mark on the shortest format.

Stanlake, meanwhile, was the standout bowler in that match with 2-49 from 10 overs including the big wickets of prolific Blues opener Dan Hughes for 29 and 19-year-old prodigy Jack Edwards for 84.

The towering quick’s ability to get the ball to rear off a length disconcerted every batsman he bowled at yesterday.

While Stanlake needs to add a decent slower ball to his repertoire to go to the next level as a T20 bowler, his rare potency with the new ball is hugely valuable.

With 25 wickets at 20 so far for Australia he has made a fantastic start to his T20I career.

As I wrote last week I expect Stanlake and Heazlett to have a major impact on this Marsh Cup. QLD and WA already shape as the two best teams.