It is Australia’s Great Race and this year, the Supercars Bathurst 1000 at the revered Mount Panorama circuit will be a race into the great unknown.

Acting as the curtain raiser to the Enduro Cup in 2019, the 1000km endurance spectacle will present a completely different challenge to the expanded Supercars grid – with no preceding event and testing time limited for the co-drivers.

26 cars will hit the 6.2-km circuit when the opening practice session goes green on Thursday, with two wildcard entries joining the regular drivers and their co-drivers.

Among the field will be 12 previous winners of the race, including reigning Bathurst champion Craig Lowndes – who will re-establish his successful partnership with Jamie Whincup, the pair having won a hattrick of races between 2006 and 2008. 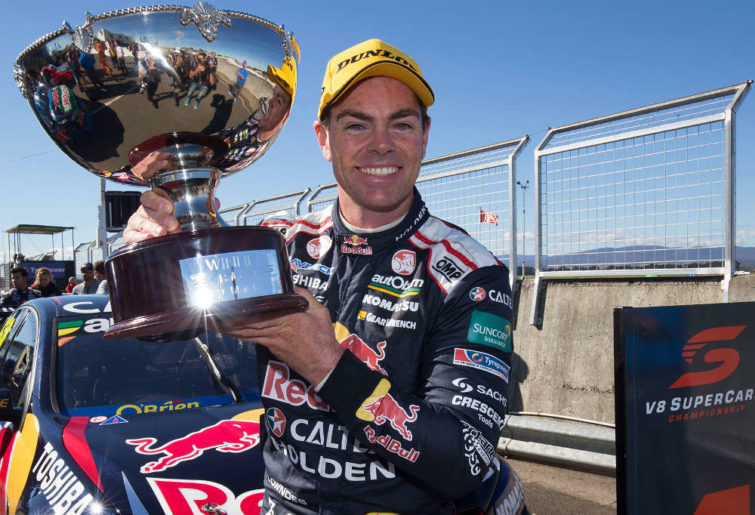 Driving for the formidable Red Bull Holden Racing Team, the Whincup and Lowndes combination will be favourites, despite Whincup’s poor record at The Mountain since his last podium finish in 2013.

In the sister Holden Commodore will be 2016 series champion Shane van Gisbergen, who partners with his fourth different co-driver in as many years with the team – two-time Bathurst winner Garth Tander.

Much of the debate in the 2019 Supercars championship has been about parity, with the strong debut of the Ford Mustang causing friction among the field and thus resulting in various adjustments to equalise aerodynamics between the three different manufacturers.

The latest of these changes took place ahead of the previous event in New Zealand, where aero adjustments were made to the Commodore, thus seeing a return to form for the Red Bull cars. A timely coincidence or not, Red Bull along with the other Holden teams will be strong at The Mountain.

Bathurst requires strong downforce, particularly in the dance across the top of the hill through McPhillarmy Park to the descent after Skyline towards Forrest’s Elbow. Conversely, from there it is all about top speed in the blast down Conrod Straight and then getting the car stopped as late as possible at Turn 21 after The Chase.

2017 pole sitter and current championship leader Scott McLaughlin made the car dance across the top of the mountain, during his Top 10 Shootout lap en route to pole. Having embraced the aero proficiency of the new Mustang, the 26-year-old has been the benchmark qualifier this year and would be a hot contender to take back-to-back poles. 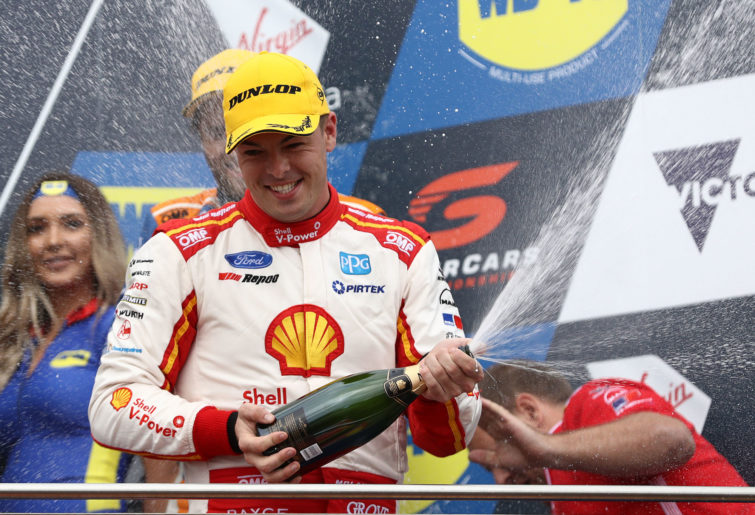 While Shootout laps are a wonderful spectacle, the glory lies with crossing the line first at the end of 161 gruelling laps. That is a feat that neither McLaughlin nor his co-driver, the esteemed Alex Prémat, has achieved – despite the former’s impressive bill of records.

What makes endurance racing and Bathurst so unpredictable and exciting are the endless variables that can change the race in the blink of an eye. Emphasis is put on the teams as well and their performances in the pit-stops, as well as the co-driver effort – with many additional drivers being former full-timers in the category.

Heartbreak and devastation are synonymous with Bathurst, with the age-old myth of ‘The Mountain choosing’ who will be successful on the day. Contemporary challengers such as McLaughlin and Van Gisbergen unfortunately know more about losing the race, with a litany of hardships denying them victories.

Even the existing Bathurst winners can still feel the wrath of The Mountain, as Chaz Mostert did only 12 months after his famous 2014 success, violently crashing his Ford Falcon during qualifying and breaking his leg.

2017 winner David Reynolds claimed pole position last year and led for the majority of the race before co-driver Luke Youlden suffered from severe leg cramps. The lead was conceded to Lowndes, who won his seventh Bathurst 1000, along with five-time winner Steven Richards.

Where this year’s race will be a great unknown is in the number of contenders, the impact the recent aero changes to the Commodores will have, and whether the Nissan Altima is in with a chance in what may be its final Bathurst 1000.

And, with this being the first round of the Enduro Cup, will the usual dustiness in the pit-crews and co-drivers come to the fore?

Much will be on the line, despite McLaughlin’s 598-point lead in the Supercars championship, for victory at Bathurst is considered a far more glorious achievement in Australian – and now global – touring cars than a championship title.

Charisma. Elegance. Character. Glamour. Fernando Alonso brings it all to Formula One and the announcement of his return with Renault brings pure delight for fans.

Six-times world champion Lewis Hamilton has criticised Formula One’s leaders after what he called a “rushed” anti-racism gesture by some drivers before the start of the Hungarian Grand Prix.